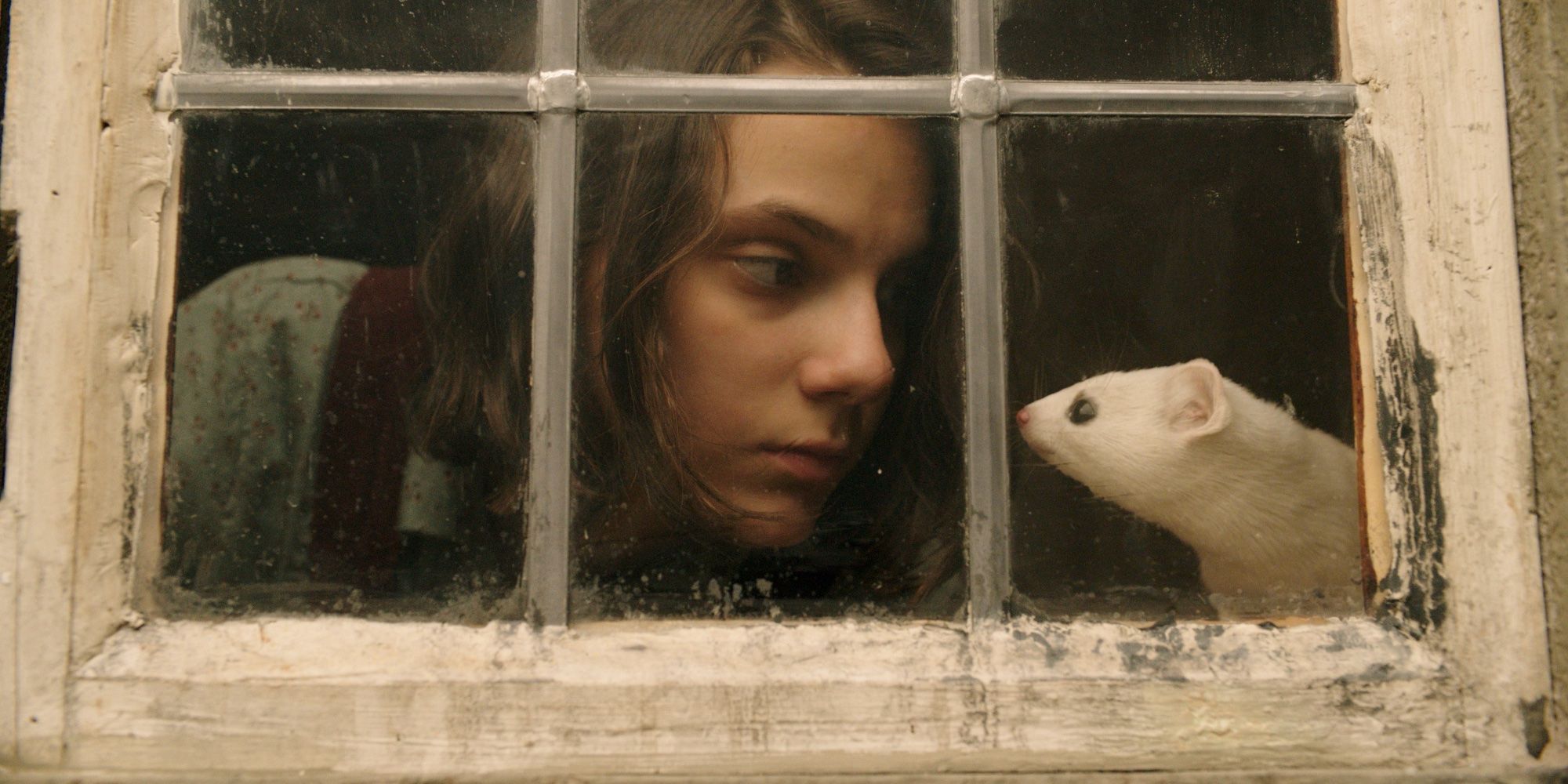 As the streaming wars heat up and Apple and Disney prepare to pour hundreds of millions of dollars into high-profile original series to compete with the likes of Netflix, Amazon, and the stalwart of premium cable, HBO, it become increasingly clear how important maintaining a certain level of spectacle will be for these streaming services. Many are chasing the next Game of Thrones, including WarnerMedia’s upcoming HBO Max, which is chasing the next Game of Thrones with House of the Dragon — literally the next Game of Thrones. But before HBO can make a deep dive into the reign of the Targaryens, HBO and BBC One will bring another kind of spectacle to life in the ambitious adaptation of His Dark Materials.

The decision to move ahead with what is undoubtedly a big-budget series based on the trilogy of books from Philip Pullman is a complicated one, in part due of the theological debate stirred up by the books themselves and because the series was already a failed theatrical franchise with the CGI-heavy The Golden Compass, from director Chris Weitz in 2007. HBO and BBC One’s adaptation is no less dependent on CGI, as the series also aims to depict the dæmons — talking animal companions of humans that are physical manifestations of the human soul — and fully realize another world that is much like the one viewers live in, but with some key differences. It’s the sort of thing that was a tall order for expensive theatrical blockbusters in 2007, but now is increasingly commonplace among streaming services looking for a competitive edge.

More: For All Mankind Review: Apple TV+ Original Lives Up To Its Title

His Dark Materials isn’t just about spectacle. Yes, it has its fair share of photo-realistic looking animals who are the constant companions of its expansive cast, and yes, there are armored talking bears which are striking in their appearance. But where the series, from writer Jack Thorne (The Fades) and directors like Tom Hooper (Cats) differs from the more-than-a-decade-old film is in the breadth and depth of its story, one afforded it by the eight-hours of real estate handed to it by the two networks. In that sense, His Dark Materials is perhaps one of the best examples yet of the kinds of stories television is simply better suited to tell.

There is a noticeable dearth of massive set pieces, as Thorne’s adaptation takes its time setting up the story of Lyra Belecqua (Dafne Keen) and her dæmon Pan. It begins with her introduction to Jordan College to when she takes the first steps of a much larger journey with Marisa Coulter (Ruth Wilson), as she tries to track down her missing friend and discover the truth about the prophecy to which she’s attached. Though the setup is not entirely different from other fantasy or sci-fi adventures featuring young character fulfilling a certain destiny as the “chosen one,” His Dark Materials takes a number of unexpected turns throughout the saga and, indeed, throughout even the first episode.

Much of that has to do with Lyra’s relationship with her uncle, Lord Asriel (James McAvoy). The series plays their relationship as very one-sided, putting Lyra in an awkward position of adoring her only blood relative yet realizing she’ll always come second to his “heretical” work. This gives the story an air of YA fiction, something akin to Harry Potter, which has certainly found enormous appeal with audiences of all ages. But unlike Potter, His Dark Materials feels headier and heavier, exploring not only themes of alienation and authoritarianism, but also philosophy and theology. And all of that is on top of the exploration of alternate dimensions and ramifications for humanity therein.

It’s a lot to take in. And from the start His Dark Materials aims to be as accessible to newcomers as it is to devotees of Pullman’s fiction. That requires a lot of heavy lifting on the part of Thorne, Hooper, and especially the cast. And while there is the odd bit of extraneous dialogue where one character explains what’s going on to another, each episode largely manages to forego overly talky discussions about the world and how it works. Instead, His Dark Materials largely offers its world up to the audience as is, often allowing viewers to accept and understand its sometimes convoluted inner workings at their own speed. This saves time and is no doubt the result of the material’s distinction among those who have repeatedly poured over the printed word.

Mechanics aside, His Dark Materials is also an incredibly entertaining bit of fantasy, which explains why this series exists. Sure, it’s been more than a decade since studio execs were left scratching their heads why a blockbuster starring Nicole Kidman and Daniel Craig failed to become the next Lord of the Rings trilogy — which would have put the IP in a prime position to be rebooted regardless the film’s box office take — but it’s also a testament to just how appealing Pullman’s story is, theological controversy or not.

Ultimately, the series is a beautifully realized adaptation of the source material, one that takes its time developing its characters, and making terrific use of not only McAvoy and Wilson, but also Clarke Peters, James Cosmo, and Lin-Manuel Miranda. For her part, Keen comes off Logan with some big expectations, so it’s a relief to see she’s more than capable of shouldering much of the series’ dramatic weight, while also approaching it with an appropriate level of childlike wide-eyed wonder. It’s a good bet viewers will react the same, as His Dark Materials brings another kind of spectacle to HBO, though this time on Monday nights, as the premium cabler expands its lineup of original content in an all-important bid to keep subscribers from seeking spectacle elsewhere.

Will Smith and Janet Hubert Finally Make Amends During The Fresh Prince of Bel-Air Reunion
Thriller ‘Trail of Ashes’ debuts trailer, poster & release date
Lala Kent Says It Was “Gross” And “Harassment” When Kelly Dodd Filmed Braunwyn Windham-Burke’s License Plates; Lala Wonders If She Will Be ‘The Next Victim Of Kelly Dodd’ For Speaking Out
Wait, Is Candyman Bringing Back Another Original Character?
Skim Deep by Max Allan Collins