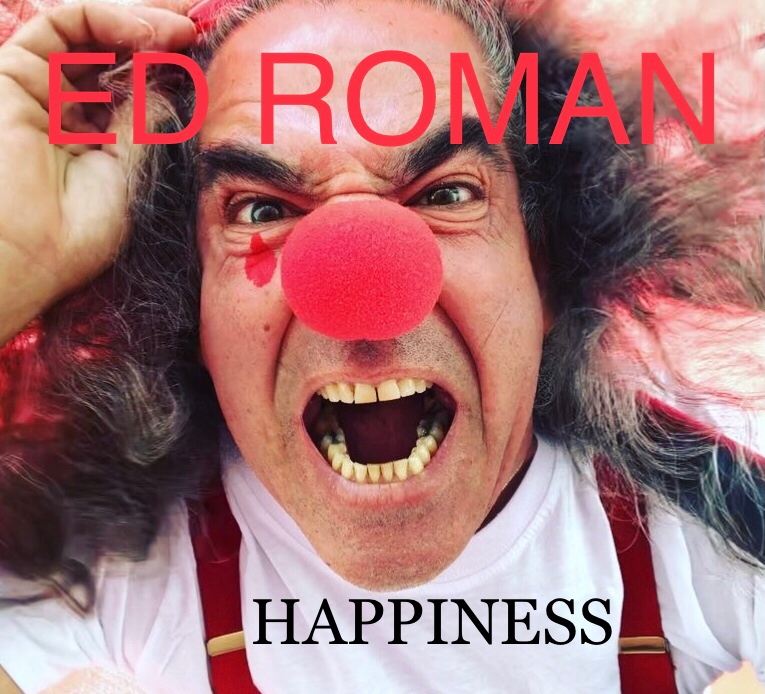 If we love music, we should cheer on and push forward artists such as Ed Roman. His new single “Happiness” follows earlier releases such as “Tomorrow Is Today”, “Red Omen”, and “Stronger” and distinguishes itself, like those earlier tracks, for several reasons. One of the most critical factors in setting “Happiness” apart from the pack is its fully-rounded musical arrangement. There are several instruments at play throughout the track, but the two primary instruments are guitar and synthesizer. Roman’s guitar playing will catch the ear of many listeners from the start as well the steady percussive pulse giving the song a solid base.

There are keyboards joining the synthesizers. Everyone who listens to a lot of music has heard examples of songs that don’t mesh guitar and electronic instruments. “Happiness”, however, isn’t one of those tracks. Roman creates a surging and emotional arrangement with guitar, synths, and keys working in lockstep with each other and achieving a whole far greater than the sum of its individual parts. Each of these instruments has a live spark, despite the nature of recording, and interacts well with Roman’s voice.

Achieving that live sound is another of the song’s high points. It wouldn’t demand much, either, for Roman to transfer this song over to the stage. The DIY feel of “Happiness” is undeniable, but there’s nothing present in the performance that’s impractical for live outings and the forethought to frame his material in such a way is another unique quality.

The song isn’t especially lengthy. Roman understands the need for cutting things to a manageable length, the genre demands it as well as modern attention spans, and packs an enormous amount of substance into a limited space. It’s difficult to imagine many modern music fans turning this away. Roman makes it seem effortless as well and the confident way he attacks the song undoubtedly aids listeners to stick with it through the end.

His voice has surprising versatility. He doesn’t come across as any sort of trained vocalist but, nonetheless, steers listeners through the song with crackling phrasing. His self-assurance is unmistakable and the presence he manifests for listeners elevates an already fine lyric several notches up the ladder. “Happiness” has a bold mandate, in some ways, taking on such a title and Roman does an excellent job approximating its meaning in this context.

It isn’t unreasonable to assume that we’ll be hearing from Roman again in short order. He’s producing top shelf material at a prolific clip nowadays without any dip in quality. “Happiness” is the best of his recent singles, but individual listeners will exercise their own judgment. This reviewer, however, predicts that Ed Roman will achieve a whole new level of notoriety thanks to this outstanding recording.Canada has produced an assortment of wildly creative performers and songwriters over the last seventy plus years. Ed Roman joins the company of these luminaries without hiding his face and, given the proper forum and breaks, stands a chance of one day being mentioned among many of those august names.