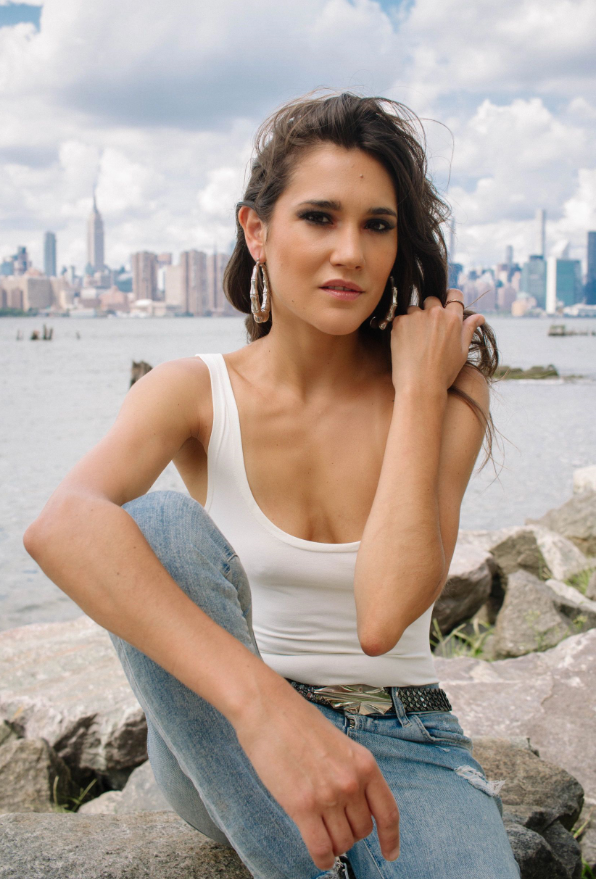 Coming into focus with a dashing beat, “Rollercoaster” sets the tone for what will soon occupy our speakers in full-color audio in Caterina J’s Reborn. The rising warmth of the instrumental melody in the foreground is beautiful, but as we brace ourselves for the first appearance of the vocal, it becomes quite obvious that the introduction is only a teaser for the real swing headed in our direction. When Caterina J begins to sing, there’s no trying to split your attention between the various elements this song has for us to take-in; this is her show and her show alone, and as long as she’s got the microphone in her hands, she’s going to remind us of this fact with as smooth a delivery as she can muster.

Reborn’s lead single, “Sin Igual,” is best enjoyed in its music video format, in which we find Caterina J against the backdrop of a gorgeous beach befitting of her harmony’s presence. Her words dance with the beat ever so supply, the emotion they emanate forming the foundation for a bittersweet chorus that melts my heart every time I listen to it. Along with the chills-sparking “Blazing Stars,” “Sin Igual” feels like the identity song in this record, and certainly provides us with the sort of critical insight into the future of this singer/songwriter’s career that wouldn’t be possible were she giving us anything less than 110%. Her physical performance isn’t imposing, but it’s strong enough to make the mood everything that matters here.

The title track in Reborn builds off of a melancholic piano melody but eventually finds a groove to make it palatable to rock fans as much as it would be the conventional pop enthusiast. At this point in the record, Caterina J’s personality has become familiar to us, but she isn’t about to start relying on the same formula to get the audience excited as we near the finish line of the EP. The alt-rock beat in this song is just powerful enough to nudge us into “Brave” feeling a little vulnerable and tossed about by the moderate rhythmic discord and modulating melodic volley between the piano and the bassline, which arguably produces one of the most theatrical conclusions possible for a record that clocks in at just around 22 minutes in total.

With “Brave” dazzling us with the balladry many probably didn’t know Caterina J could so flawlessly unholster, Reborn crosses into the silence from which it originally came ripping through in the length of a typical American sitcom, leaving behind a void that is only filled by listening to this singer/songwriter’s latest work all over again. I must say, I was told to anticipate a major wow-factor prior to giving Reborn a shot just a week ago, but I was startled by just how well Caterina J really takes charge of the music here. She affords herself an amazing opportunity to break through to the mainstream with this extended play, and with the right exposure, I think she’ll do just that.