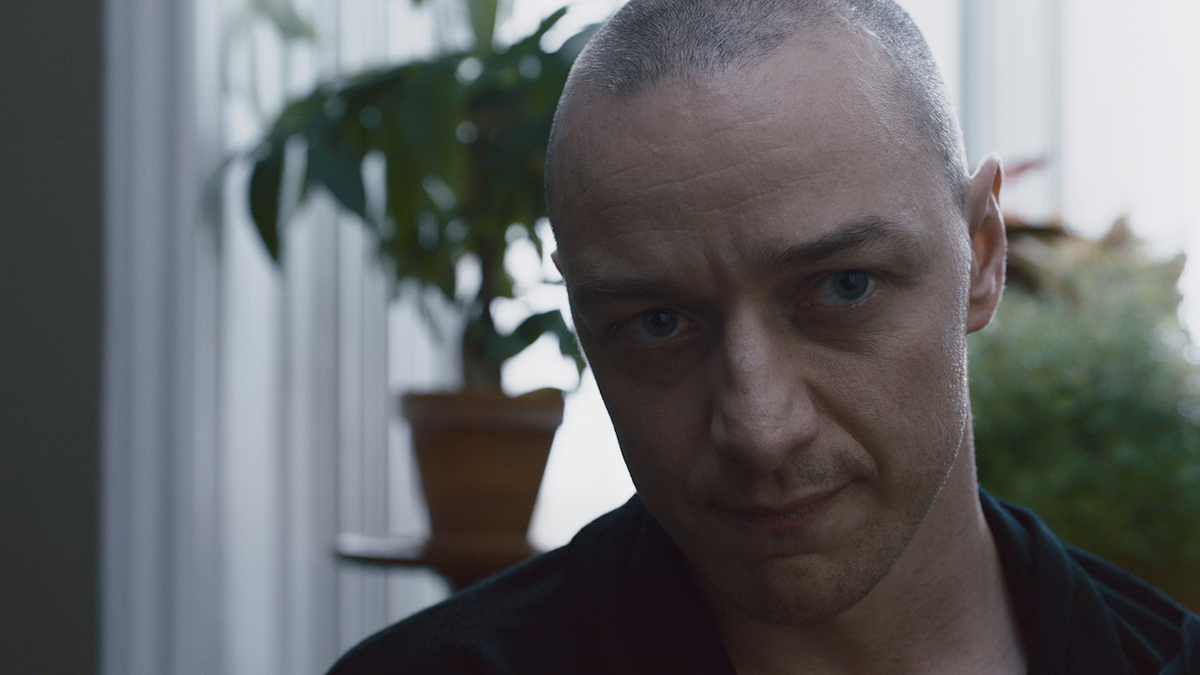 M. Night Shyalaman has plenty of iconic movies, but some of this most recent entries filled out his Unbreakable trilogy: namely, Split and the crossover threequel Glass. The latter two movies starred James McAvoy as Kevin Wendell Crumb and his various personalities. And the X-Men alum recently revealed how he broke his hand in M. Night Shyamalan’s Split, and where you can spot it in the movie.

James McAvoy had an impressive physical and vocal performance in Split, perfectly pivoting between the various personalities who reside within Kevin Wendell Crumb– including the superpowered entity known only as The Beast. But it turns out that he totally broke his hand while filming the M. Night Shyamalan movie, as he recently shared in a video with GQ:

Ouch. Movie sets can be a notoriously grueling place, and action-heavy projects have been known to cause injuries. Case in point: Letitia Wright’s Black Panther 2 injury that closed the set for a few weeks. Although with the case of James McAvoy in Split, he broke his hand due to a misstep on his own part, while prepping for a scene.

James McAvoy’s comments about Split come from a conversation with GQ about some of his most iconic roles. While giving tidbits about projects like the X-Men franchise, he also addressed his two movies collaborating with M. Night Shyalaman. It turns out that the Sixth Sense filmmaker immediately knew something was off after McAvoy’s injury, as the actor shared:

Split was a top-secret project, especially regarding its twist ending and connection to Unbreakable. And as such, they probably didn’t have the scheduling freedom to take time off as James McAvoy recovered from his injury. In fact, he revealed one scene in particular when fans might be able to see his swollen hand. As he put it,

This tidbit is sure to inspire moviegoers to re-watch Split, and try to find shots where it’s clear that James McAvoy has indeed injured himself. Luckily he was able to heal up before shooting the sequel Glass, which saw him in fight sequences opposite Bruce Willis. In fact, he was totally ripped for the role, in order to bring The Beast to life.

M. Night Shyamalan will return to theaters with Knock at the Cabin. As for James McAvoy, he’s returning in the new season of HBO’s His Dark Materials. In the meantime, check out the 2023 movie release dates to plan your trips to the theaters in the New Year.