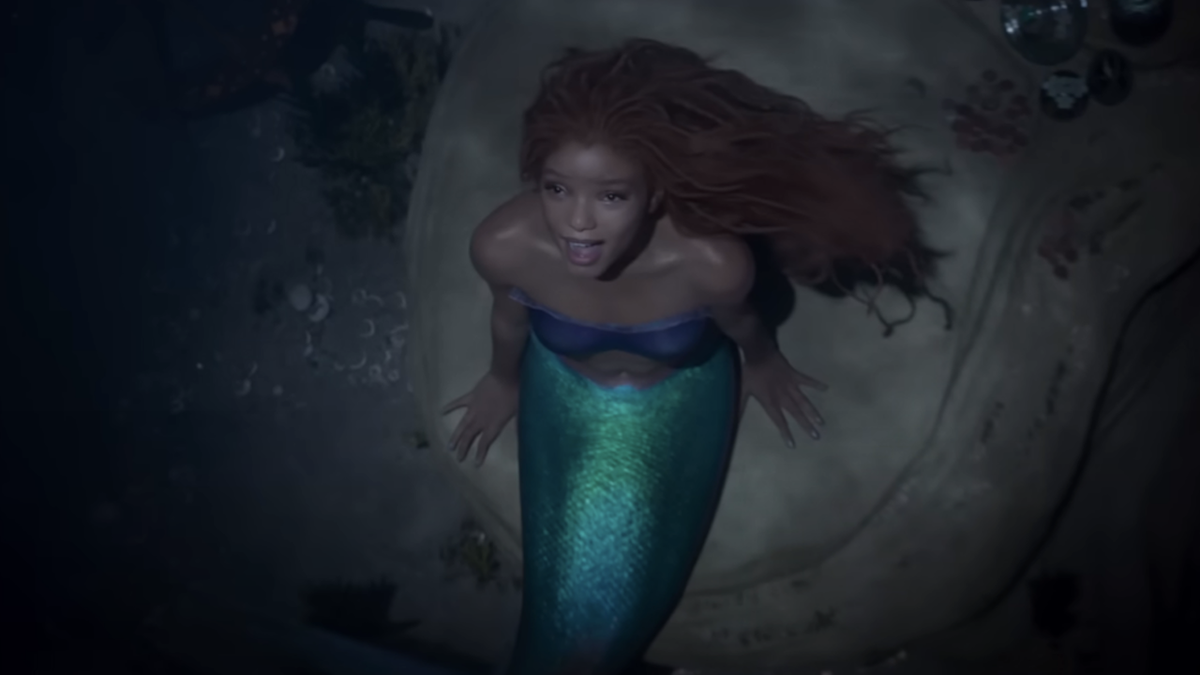 Over three years after Halle Bailey was cast as the live-action Ariel, the actress finally had a chance to show the first look at her take on the Disney Princess on Friday during the D23 Expo. At the Anaheim convention, the trailer for The Little Mermaid dropped, featuring Bailey’s Ariel singing “Part Of Your World” in a CGI version of her underwater kingdom of Atlantica. Amidst the news, Bailey’s older sister, Chloe Bailey, supported her from afar.

Halle Bailey garnered fame alongside her sister Chloe Bailey when the duo called Chloe x Halle was discovered on YouTube by Beyoncé when they were 11 and 13 and signed with her label. Although they are currently doing their own solo endeavors, Halle showed how she celebrated Chloe on her Instagram:

While Halle Bailey was in Southern California sharing a sneak preview of The Little Mermaid with Disney fans and doing early press for the upcoming 2023 movie, Chloe Bailey was at New York Fashion Week, where she attended a Fendi show among other glamorous events. Even though the sisters were all the way across the U.S, Chloe wore shells in her hair in “honor” of Halle’s big Ariel moment. Additionally, Chloe shared how proud she was by sharing the trailer on her social media.

These two are sister goals! Chloe Bailey wrote a heartfelt message alongside the trailer, saying “the world gets to see what I’ve always seen since we were little girls” along with calling Halle “my Ariel.” While the pair are both in a new era of their careers where they are not doing everything together anymore, they are being super supportive of one another. Halle is focusing primarily on acting and has a role in the upcoming film adaptation of The Color Purple as well, whereas Chloe is getting ready to release her debut solo album.

The new Disney trailer may have focused solely on Halle Bailey’s Ariel singing her famous song, but there’s a ton more we know about The Little Mermaid. For example, Melissa McCarthy will play Ursula, Javier Bardem will play Ariel’s father King Triton, and there will be a few original songs from Lin-Manuel Miranda in addition to the songs we already know and love. As Bailey took the D23 stage Friday to present the first look, she started getting choked up over the audience seeing her Ariel for the first time:

It’s truly starting to sink in that Halle Bailey is officially a Disney Princess, y’all! While Bailey has unfortunately faced racial backlash since her casting, she’s shared she has a “strong support system” around her. The 22-year-old actress has opened up about the role being “overwhelming” and “emotional,” especially since her interpretation of Ariel will mean so much to so many young girls. The Little Mermaid is set to be released in theaters on May 26, 2023.