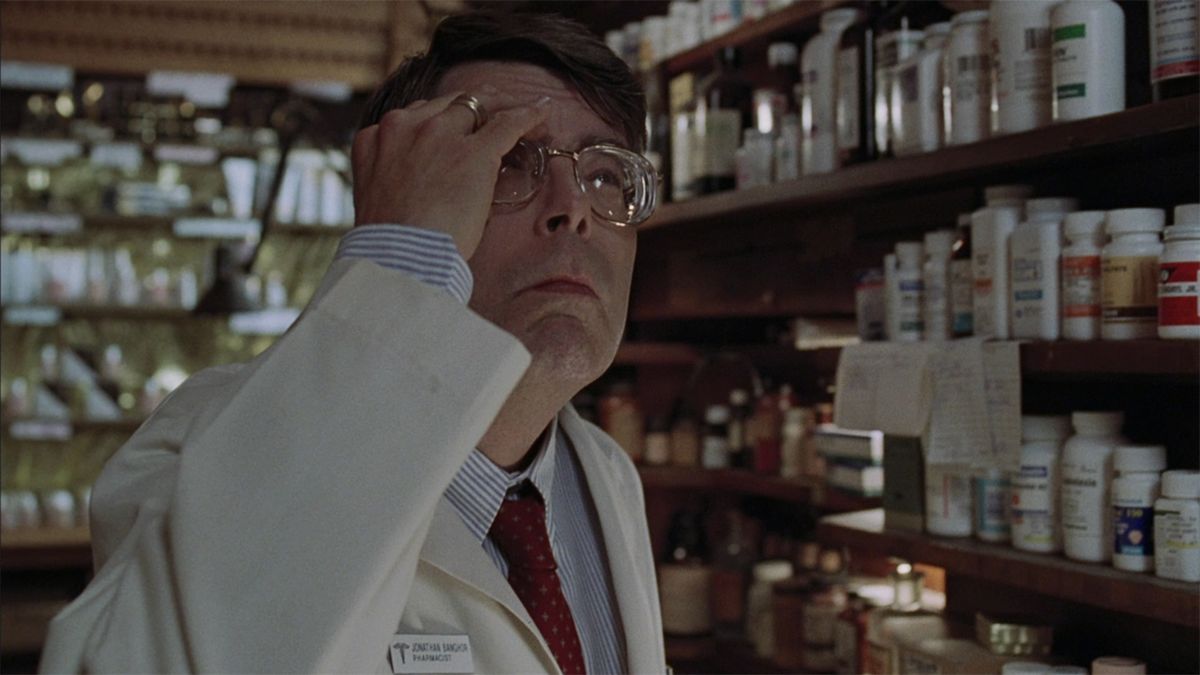 Film and television fans have watched dozens of Stephen King stories and books get adapted by Hollywood over the years… but the industry hasn’t shown quite as much love to the author’s famed alter ego, Richard Bachman. Seven novels were published by King using his nom de plume between 1977 and 2007, and yet only two of them to date have been made into movies: The Running Man and Thinner.

Now, screenwriter George Cowan and Bohemia Group are making efforts to change those numbers, as the filmmaker and company are now developing the first ever adaptation of Richard Bachman’s incredibly strange 1996 novel The Regulators.

Word of this new project comes from Deadline, which says not only that Bohemia Group has optioned the book for adaptation, but that the screenplay is already coming together. The trade says that Stephen King has already approved a script that is in the works, which was in part developed by Bohemia Group’s Executive Vice-President/producer Justin Ross.

The Regulators is a work with a strange history, as Stephen King had previously made the call to “kill” Richard Bachman in the mid-1980s after his previously secret penname was exposed. King made the decision to bring the Bachman name back in the mid-1990s, however, when he had a clever idea to try and write a pair of books that would be released simultaneously; they would feature shared characters and story elements, but they would have completely different plots and would be written with distinct voices. On September 24, 1996, bookstores everywhere stocked the two tomes: Desperation by Stephen King, and The Regulators by Richard Bachman.

Mixing sci-fi and western genre elements, The Regulators is set in the fictional suburb of Wentworth, Ohio, and it follows a large ensemble of characters as their neighborhood comes under siege by supernatural forces. It all starts when an eight-year-old autistic boy named Seth Garin becomes possessed by an evil entity that allows his imagination to become reality, and hybrid creations from Seth’s favorite television show and favorite movie start to attack and kill adults and children who live on his block.

As noted, this will be the first time that The Regulators has been adapted. Director Mick Garris previously made a TV movie adaptation of Desperation with a teleplay by Stephen King, and it aired on ABC back in 2006. The project features a great cast including Ron Perlman, Tom Skerritt, Charles Durning, Henry Thomas, Annabeth Gish, Steven Weber, and more.

Should The Regulators make it into production and get released, that will leave only four Richard Bachman books without adaptations: 1977’s Rage, 1979’s The Long Walk, 1981’s Roadwork, and 2007’s Blaze. It’s unlikely that we will ever see a film or television version of Rage (which is a controversial book that Stephen King has let go out of print), but there have been rumblings about a movie version of The Long Walk. Additionally, there have been reports that director Edgar Wright is working on a remake of The Running Man, which will hone much closer to the source material than the 1987 film starring Arnold Schwarzenegger.

To keep track of all of the adaptations that are presently in the works, check out our Upcoming Stephen King Movies and TV guide, and our weekly Adapting Stephen King column provides an in-depth look at the history of King’s works on the big and small screens.