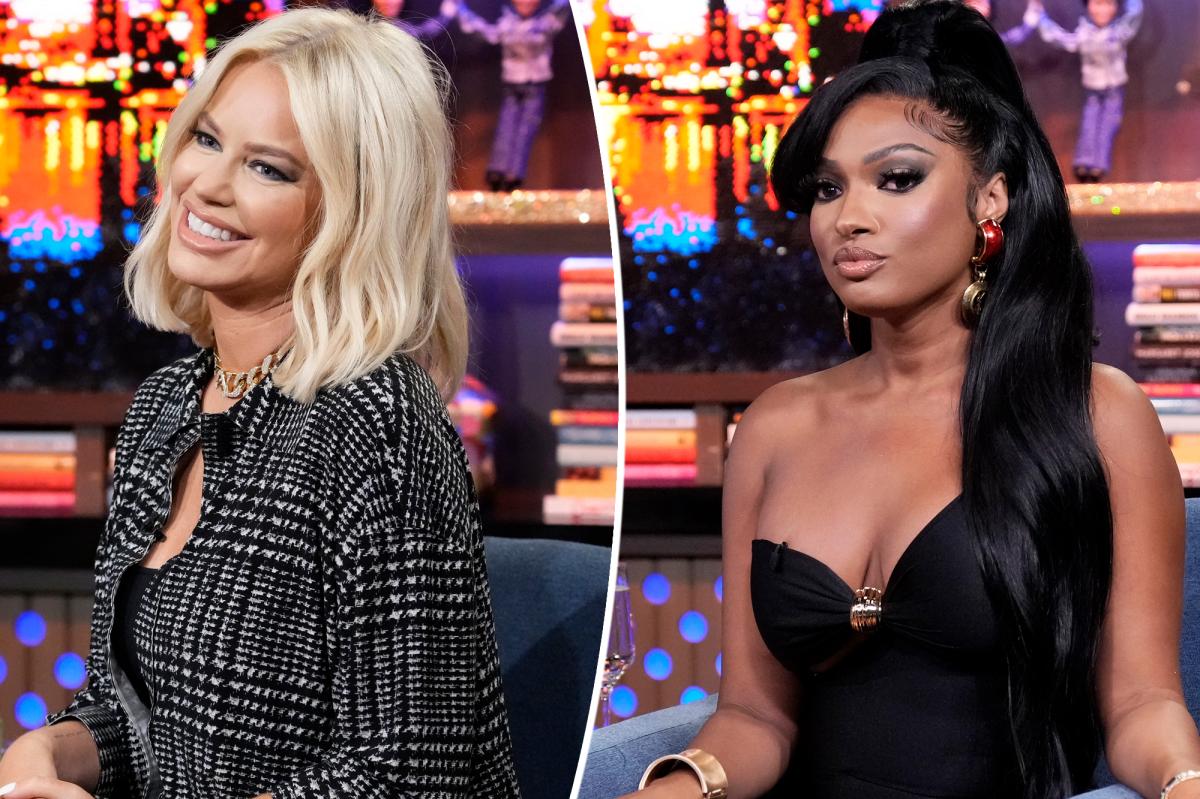 Caroline Stanbury compared “Real Housewives of Dubai” co-star Lesa Milan to a “toddler” in an exclusive interview with Page Six on Wednesday.

“I think it’s fairly obvious for anyone that’s been watching the show, I’ve had a target on my back from the very beginning,” Stanbury, 46, tells us.

“I think Lesa, in particular, has just gone for me in every aspect of my life,” she adds.

“At this point, I have earmuffs [on.] It’s like watching, sort of a toddler … like, want your attention and throw everything at you.”

Stanbury – who has been feuding with Milan, 33, both on screen and via Twitter – says that she’s not going to give in, however, “because that’s what [Milan] wants.”

The “Divorced Not Dead” podcast host tells us that their relationship took a toll while watching the Bravo show back and having to “relive” all the drama.

“Watching it back has been a bit of a shock,” she explains, “and we kind of have realized how manipulated I think we’ve been.”

Fellow “RHODubai” star Caroline Brooks agrees, telling Page Six in the joint interview that she feels like they’ve both been “super manipulated” by some of their co-stars.

“We realize, you know, where our trust lies now,” Brook, 33, says, noting that it was especially difficult seeing people “bad mouthing” her and her friends in confessionals.

Stanbury and Brooks’ comments come just a few days after Milan told Page Six that she “can’t stand most of these bitches,” referring to her co-stars.

However, she told us that she hopes to resolve some of the bigger issues during their upcoming “RHODubai” reunion.

“I actually don’t like drama, but I’m looking forward to clearing my name, one. And two, hopefully coming to a resolution because I do love the ladies,” Milan said.

“These are my friends, and I do hope that the reunion is like a therapy session.”

Milan continued, “I hope that we can come to a resolution at some point. I’m still close to some of the girls. I just feel like we have unresolved issues that hopefully we can resolve at the reunion.”

“The Real Housewives of Dubai” airs Wednesdays at 9 p.m. ET on Bravo.