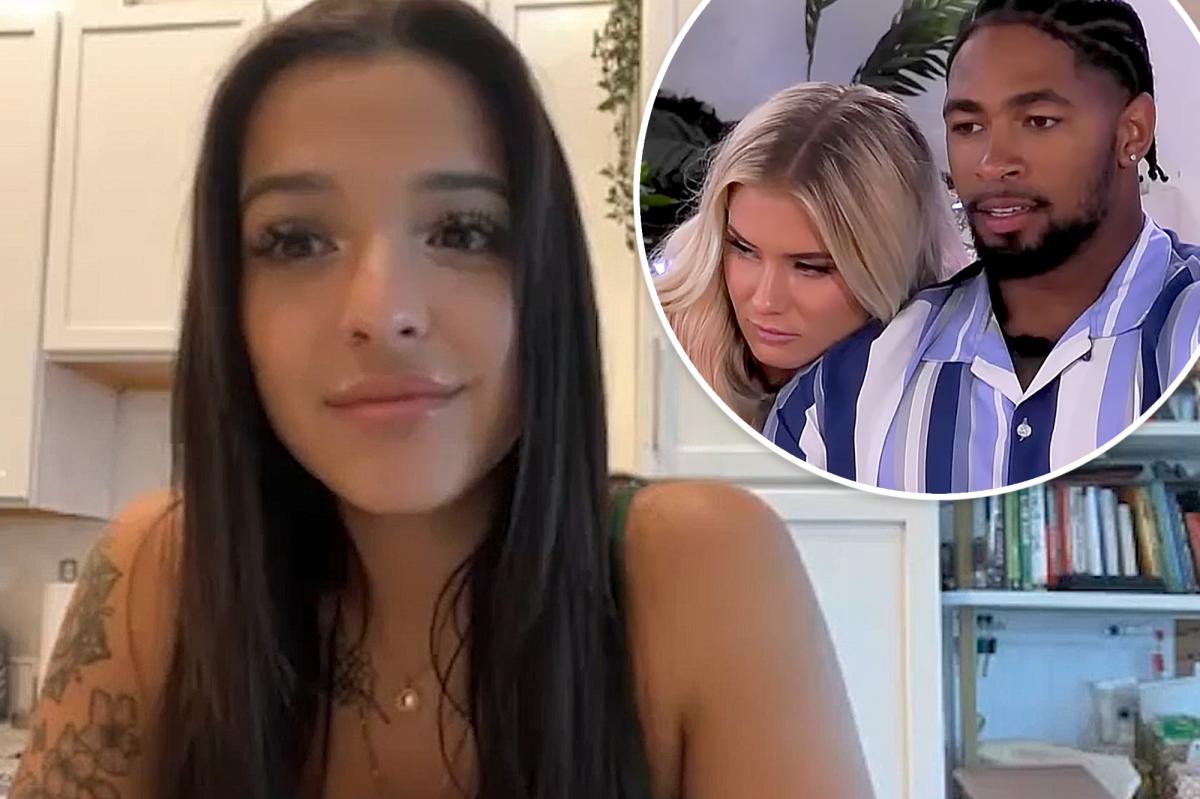 “Love Island USA” star Val Bragg was sad to leave the villa first this season — but happy to say goodbye to her short-lived romance with Jesse Bray.

In an interview with Page Six, the tattooed beauty says she believes Bray only went back to his first pick, Deb Chubb, to stay put on the Peacock reality show.

“I think he’s just trying to save a spot if I’m being honest,” Bragg exclusively tells us, noting the series’ hefty $100,000 prize for the final couple standing.

“And I think Deb was more submissive to him. I come with more of a strong, bold personality and I feel like I was seen as more of a threat to him than Deb,” she elaborates.

“Deb was very much giving him all the attention, so I feel like that gives him the security of, ‘OK, she’s very much invested in me. I’m going to go with the girl who’s showing me more.’”

Bray originally coupled up with Chubb at the start of the season — but, after bombshell Bragg made a late entrance — his head turned and a new couple was formed.

The handsome courier told the Costa Rica native that he was “physically attracted” to her and “could learn so much” from her as she was “such a smart” person.

At the same time, Bray had been feeding similar lines to Chubb — which the women discovered during a tense girl-to-girl chat. In an instant, Bragg found Bray to let him know that she would no longer participate in the messy love triangle he created.

Bragg tells Page Six that she thought the dramatic chain of events would serve as a “warning” to Chubb — but it only seemed to inflame the latter’s interest in Bray.

“I was trying to help her and make her see the type of man that he is, so that she’s careful. But I know that she was very much interested in him,” she says.

“She was a little blinded and really didn’t see his actions for what they were. But rather, she took it as, ‘Oh my God, OK, he wants me.’”

If she could talk to Chubb today, Bragg would share more of her unfiltered opinion about Bray.

“Girl, just be careful because he wasn’t only playing me, he was playing both of us,” she says. “The fact that I had to go out of my way to get [the truth] out of him, I feel like that says a lot about his character.”

Even though her “Love Island USA” journey is over, Bragg says she is still keeping her eye out for Mr. Right.

“[I want] somebody that makes me laugh, somebody that just appreciates what I have to offer and just treats me right. I’m such an honest and genuine person. I’m just expecting the same back,” she says of finding her ideal partner.