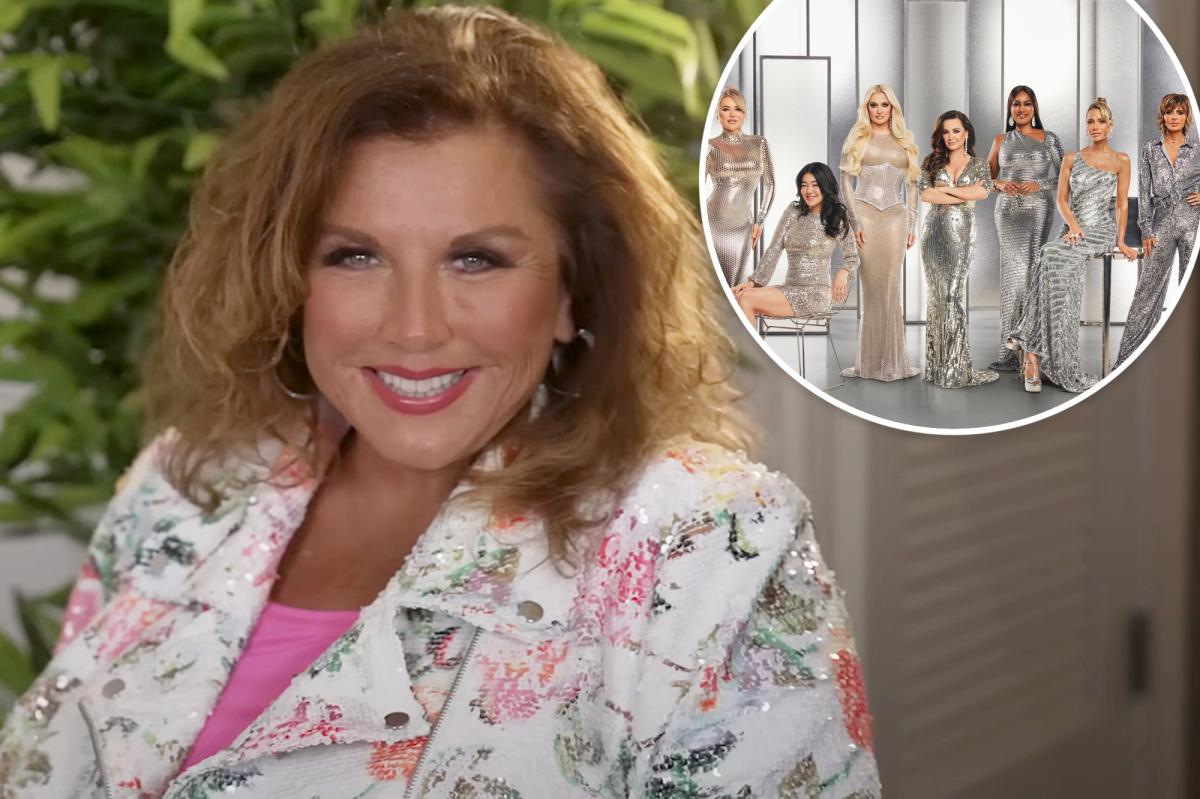 Abby Lee Miller is ready to get back on reality television — but this time not as a tyrannical dance coach.

The 56-year-old reality star uploaded a video to her YouTube channel Monday with the title “Joining The Real Housewives of Beverly Hills.”

While the name turned out to be just clickbait, Miller did pitch herself to join the cast of the hit Bravo show.

“Andy Cohen, call me. You have my number. I’ve sat on your couch before,” she teased, referring to her past appearances on the producer’s late-night talk show, “Watch What Happens Live.”

She continued, “I am ready to sign on the dotted line, especially if this comes with a husband.”

The “Dance Moms” alum then proceeded to rank the current cast of the show, putting Dorit Kemsley, to whom she referred as “Dorito,” at the bottom of her pyramid.

The other cast members Miller tossed to the bottom were series newbie Diana Jenkins as well as Crystal Kung Minkoff, Kathy Hilton and Erika Jayne.

She did, however, say that she related to 51-year-old Jayne’s ongoing legal woes, as Miller herself pleaded guilty to fraud in 2016 and even spent time in prison.

Sutton Stracke, Sheree Zampino and Lisa Rinna made the second-to-last row of the “Abby’s Ultimate Dance Competition” alum’s pyramid, and she put Garcelle Beauvais and Kyle Richards above them.

But after roasting the cast, Miller shamelessly put herself at the top, calling herself “the newest ‘Housewives of Beverly Hills’ cast member” despite not actually being on the show.

Toward the end of the video, she made one last dig at Kemsley, 46, saying, “Dorito, how’s your English accent?” (Jayne once infamously reminded Kemsley, “You’re from Connecticut” on their show, poking fun at her co-star’s manner of speaking.)

Miller then doubled down, falsely telling her subscribers, “I want to make a toast to my new career on the ‘Housewives of Beverly Hills.’”

The choreographer rose to fame in 2011 when she starred in “Dance Moms” and developed a reputation for not holding back with her dancers or their mothers.

Miller quit the Lifetime show in 2020 after eight seasons.

The Abby Lee Dance Company founder has had a rough couple of years. Shortly after being released from prison in 2018, she was diagnosed with cancer. She is now cancer-free but has had to use a wheelchair for the past four years due to her health issues.

Alana “Honey Boo Boo” Thompson Takes Her Senior Photos
Ashton Kutcher’s Vasculitis Diagnosis: What to Know About His Autoimmune Disorder
Drag Race queen ‘broke down’ after being eliminated
Kevin Smith’s New Movie Theater Received A Bomb Threat, But The Director Has Questions About It
‘The Ring’ Gets a SteelBook Blu-ray with VHS Slipcover for the Film’s 20th Anniversary