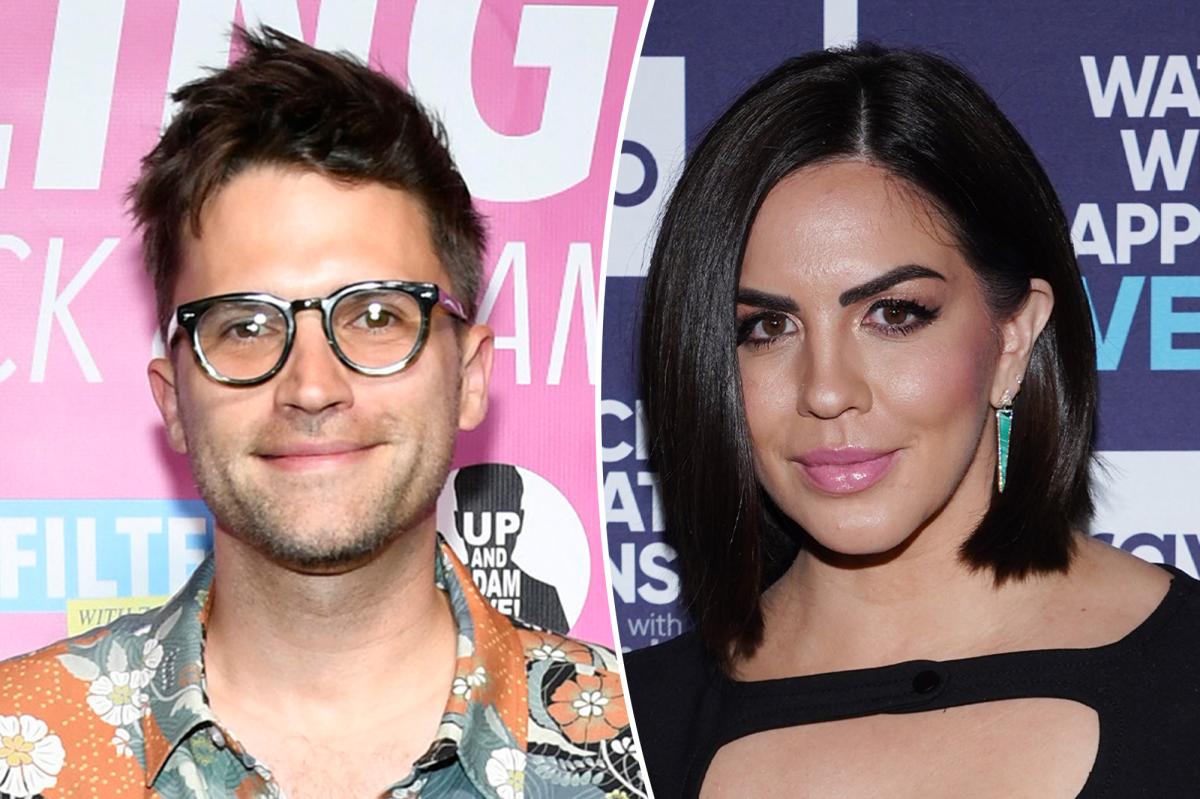 Tom Schwartz is a pretty easygoing dude, but he does have some apprehension about heading into Season 10 of “Vanderpump Rules.”

“I’m sort of relearning how to be single, which is strange,” the Bravolebrity, 39, told Page Six exclusively Tuesday at Schwartz & Sandy’s, the Los Angeles cocktail lounge he is on the brink of opening with his best friend and co-star, Tom Sandoval.

“He hasn’t even had time to be single!” Sandoval, also 39, interjected, noting how busy the two have been working on the new place. (They also own a percentage of Lisa Vanderpump’s West Hollywood pub, TomTom.)

Schwartz couldn’t contain his excitement as he hopped behind the bar and made his first official Schwartz & Sandy’s drink.

“This has been a great thing to focus on,” he told us of his latest business venture.

Schwartz’s estranged wife, Katie Maloney, filed for divorce in March. At the time, he admitted that using “the ‘D’ word” was “too painful” and told us it took him a month to stop wearing his wedding band.

But Maloney — along with Sandoval’s girlfriend, Ariana Madix — were present for Tuesday’s family and friends soft opening.

Though Schwartz was busy schmoozing and did not interact much with Maloney, 35, the two seemed to be on friendly terms.

And in spite of all the strain that opening a bar with your best friend can put on the relationship, the Toms are stronger than ever.

In fact, they joked that the “lowest point” with Schwartz & Sandy’s was the drama surrounding the lounge’s name, which played out heavily on Season 9 of the reality show.

“Honestly, with seeing how it’s all come together and all the work we put into it, it sort of grew into the name — just like you said it would,” Schwartz admitted to Sandoval, who jumped up and let out a victorious “yes!”

And even though Schwartz was the one going through a fresh breakup, Sandoval told us he relied heavily on his pal when stress got the best of him.

“I definitely went through my periods of escapism, whether it was with my band or other things in my life, and [Schwartz] always made up for it,” Sandoval said.

Though both guys had their concerns given the COVID-19 recession, they pushed forward regardless and balanced each other out along the way.

Schwartz said Sandoval “campaigned hard for last-minute changes,” like making sure the entire space was equipped with prime lighting and adding large circular mirrors to the wall behind the bar to break up the patterned wallpaper.

Schwartz noted the changes were ones he wanted, too — he just “didn’t think [they] had the time or money.”

But they found a way to make it work and bring their psychedelic mushroom trip vision to life.

Now, there’s only one thing left for them to do.

“We’re still trying to figure out where to go uniforms-wise,” Sandoval said.

After His Friendship With Kevin Hart Was Declared A Conspiracy, The Rock Had A Classic Response
What to Expect From FBoy Island Season 3–and Who Might Return
Taylor Swift Files Motion in “Shake It Off” Copyright Lawsuit, Says Lyrics “Were Written Entirely by Me”
These Two New Agents Are Joining Selling Sunset For Seasons 6 and 7
Why Ingrid Andress’ Invitation to Keith Urban’s Tour Came Right on Time