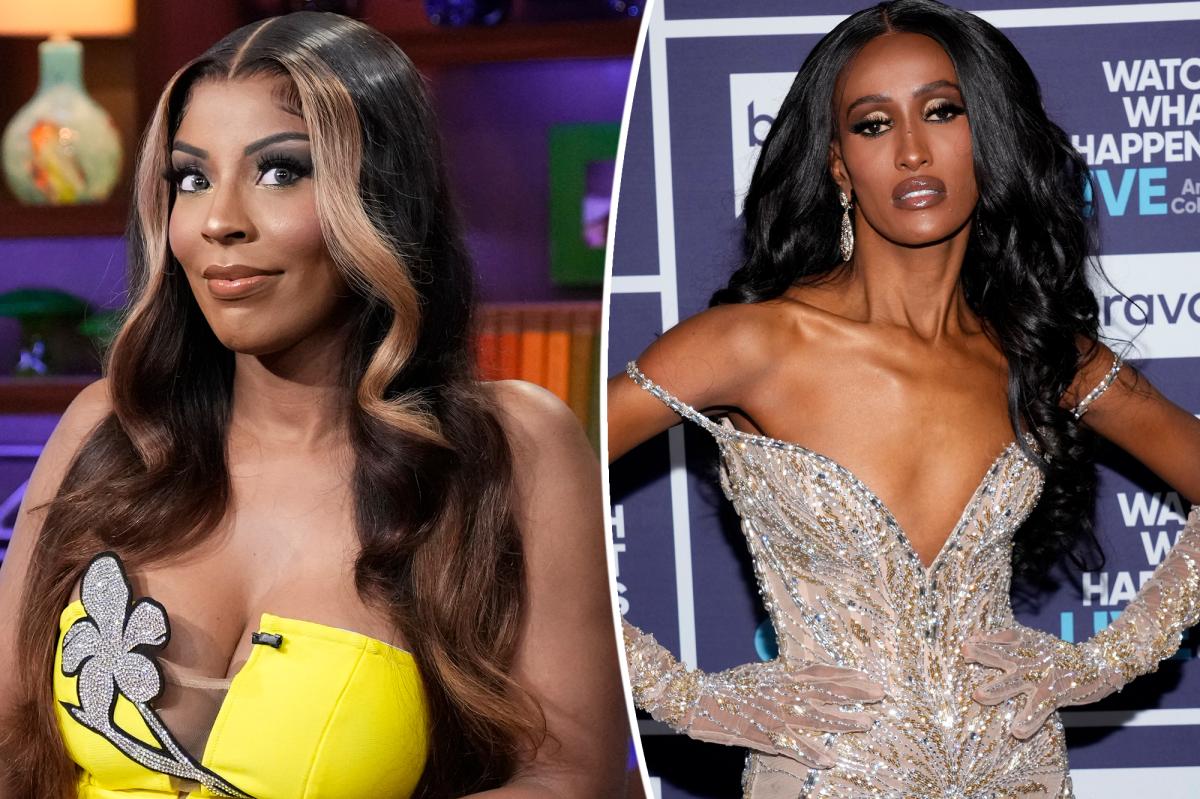 Brooks shared her brutally honest opinion of Ayan when Page Six caught up with the salon owner and her co-star Caroline Stanbury on Wednesday to chat about their relationships with the new Bravo reality show’s cast.

“I think Chanel is Chanel, and, you know, I think she doesn’t think before she speaks particularly,” Stanbury, who has been feuding with the model for most of Season 1, told us.

Brooks, however, had some harsher words, acknowledging that Stanbury’s answer was a “polite way of putting it.”

She said, “Chanel has the brain capacity of a 5-year-old is what she meant to say, but she was just being polite because she’s British. I’m not. I’m American. I’m rude.”

As for why they butted heads with Ayan, the former “Ladies of London” star theorized that Lesa Milan, Ayan’s best friend, did not like the idea of the two Carolines getting close.

“I think Lesa is much more calculated,” Stanbury said.

“We bonded from the first day we met actually, and we’d been friends before, and I think Lesa didn’t want that to happen at all, so every time we’d be out, there’d be a behind-the-scenes call to say to her and me, saying that the other one said something.”

Milan and Brooks seemingly had a good relationship at the beginning of the season.

Brooks told us she did not understand why they tried to cause a schism in their friendship, but watching the show has given them some clarity.

Fortunately for Stanbury and Brooks, Ayan and Milan’s involvement made their friendship “stronger” and “did the complete opposite” of what they allegedly intended.

“It made us really love each other more and say, ‘Hey, we’re lucky. At least we’re real, and we have each other,’ you know?” the real estate agent said.

Stanbury agreed, adding that “this sort of constant barrage is just Milan lashing out at absolutely nothing.”

“I mean, you know, it’s actually quite great. I mean, obviously, we occupy her mind constantly,” Stanbury said while laughing.

“The Real Housewives of Dubai” airs Wednesdays at 9 p.m. ET on Bravo.