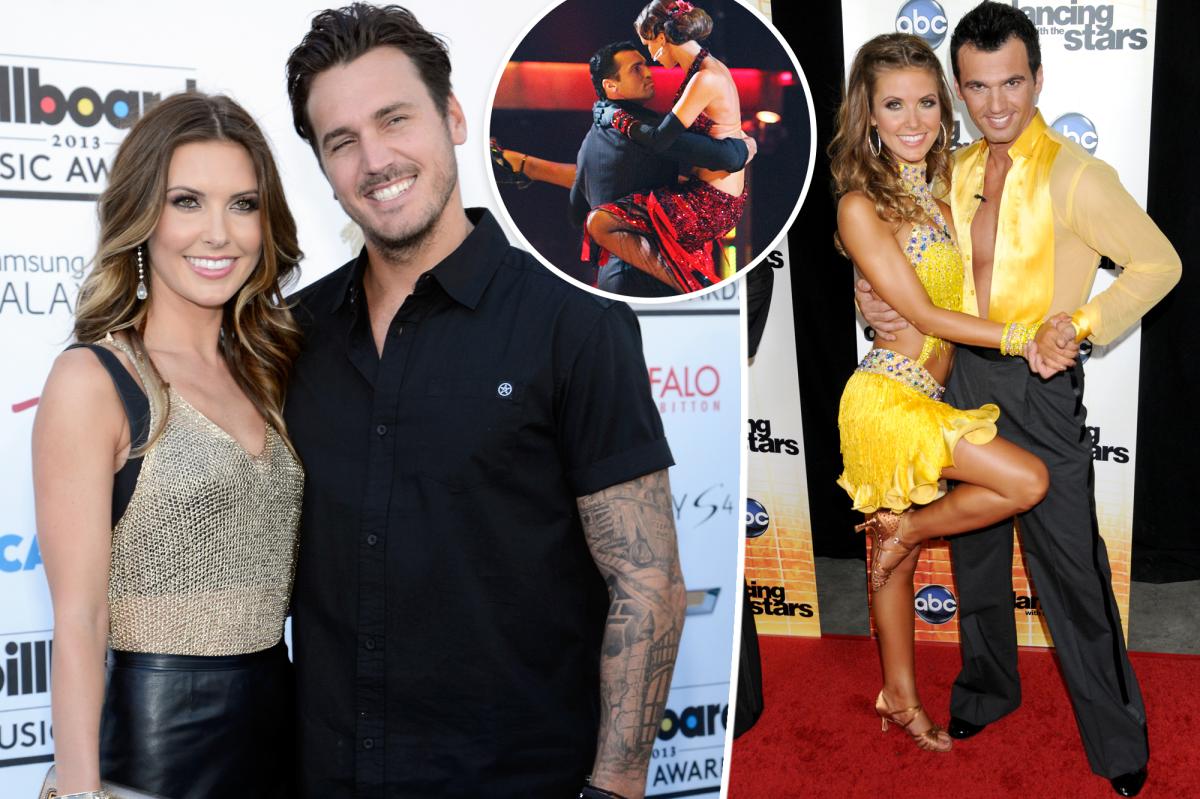 Audrina Patridge’s ex Corey Bohan accused her of having an affair with her “Dancing With the Stars” partner Tony Dovolani, she claims in her new memoir.

“Tony is a happily married man with three beautiful kids,” the “Hills” alum, 37, writes in “Choices: To the Hills and Back Again.” “He’s a real family man — period, full stop. There wasn’t even a hint of anything inappropriate! But he wouldn’t let it go.”

Patridge participated in Season 11 of ABC’s competition series in 2010, a time when she and Bohan, now 40, were experiencing one of many rough patches in their relationship.

The Prey Swim founder claims the former BMX athlete was jealous of her interactions with Dovolani, now 49, and would make vicious comments indicating as much.

“Every single day, he would make rude, nasty comments about Tony and what he was so sure was going on,” she claims in the book. “Corey accused me of making the dances too sexy and inappropriate, as if I had control over the steps of the tango.”

When Patridge returned home from “DWTS” rehearsals or tapings, she claims Bohan was “always in [her] face,” insinuating that her partnership with Dovolani evolved from professional to “something sexual.”

The reality star-turned-author claims that Bohan would “constantly” call or text throughout her “DWTS” tenure.

She writes that she was embarrassed that people were starting to notice and the stress of it all was affecting her rehearsals.

Patridge says that Bohan’s remarks made her question herself at times, casting a cloud over her “DWTS” experience.

Though he would allegedly unleash on Patridge behind closed doors, he made an effort to support her at twice-a-week live shows.

“He acted so loving and proud of me in front of the cameras and the other dancers, before blowing up and yelling at me once we got home,” she claims, adding that she was “starting to break down” by the end of her time on the dance show.

Patridge was eliminated after six weeks, her last dances being a Paso Doble to “Another One Bites the Dust” by Queen and a rock and roll-inspired number to ZZ Top’s “La Grange.”

However, Patridge filed to divorce Bohan — citing irreconcilable differences, due to an alleged violent outburst — in September 2017 after less than a year of marriage.

Bohan denied Patridge’s claims of abuse. She was granted full legal custody of their daughter. The pair finalized their divorce in December 2018.

“Choices: To the Hills and Back Again” is out now. Page Six has reached out to Bohan and Dovolani for comment.

A Lady for a Duke
The Weeknd Taps Summer Walker for New “Best Friends (Remix)”
Chic Back to School Bags That Will Fit Your Laptop
How Jennette McCurdy’s iCarly Role Exacerbated Eating Disorder
Lady Gaga Advocates for Abortion Rights at Washington, D.C. Show