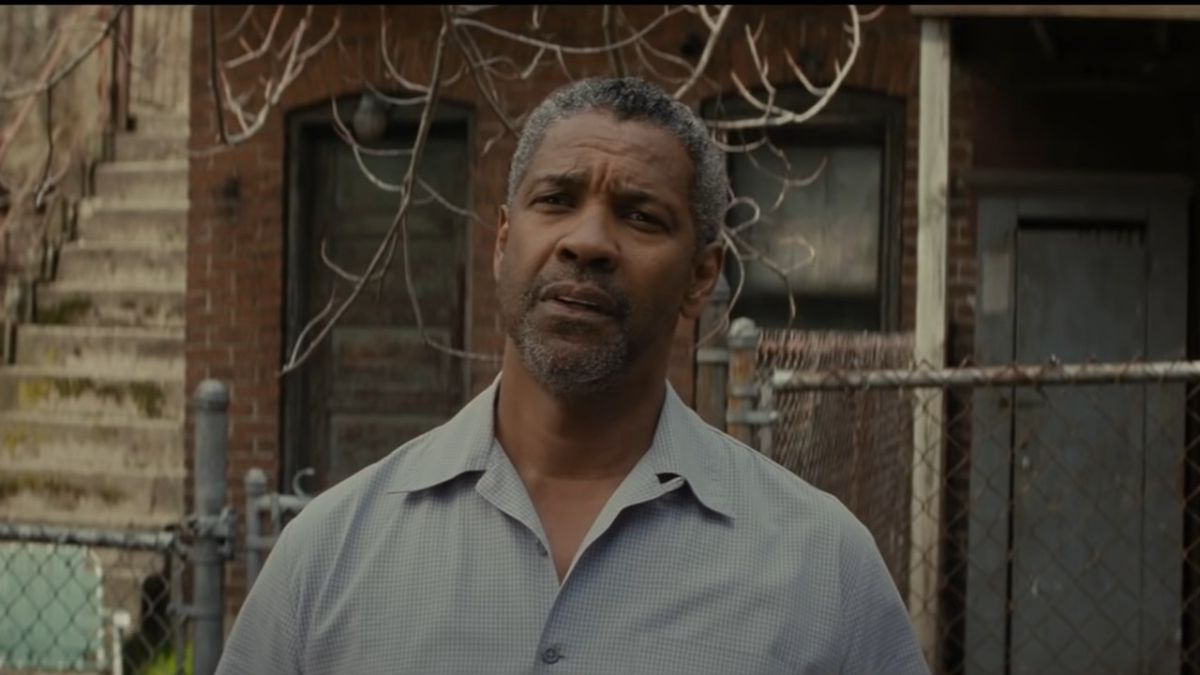 Taking on the life of Elvis Presley, the King of Rock and Rock, is a massive undertaking. Thankfully, Baz Luhrmann’s upcoming movie about the music icon struck the right note with Austin Bulter being cast as the King as seen in the explosive Elvis trailer, which also stars Tom Hanks as Colonel Tom Parker. Here’s a fun tidbit of trivia regarding Butler’s involvement: Luhrmann has revealed it was two-time Oscar winner Denzel Washington who was totally responsible for the young actor being cast as Elvis.

Denzel Washington hasn’t been afraid to give actors their props when the moment arrives. The Oscar-winning talent has proven more than once he can spot major talent, as evident by his directorial work. During the casting process to find the right Elvis, Baz Luhrmann revealed it was Washington who vouched for Austin Butler after co-starring with him in the stage play The Iceman Cometh in 2018. The Moulin Rogue director spilled how The Equalizer star sealed the deal for Butler:

There goes the Macbeth actor using his pull to give an up-and-coming actor a leg up. He wasn’t afraid to give the director his two cents on Austin Butler. Having watched the actor up close he was the right source to nudge Baz Luhrmann in the right direction.

The auteur spilled how intense the Elvis casting process was to find the right actor before Austin Butler was selected to play the influential musician. He did workshops just to differentiate between impersonation and channeling the actual person. According to IndieWire, the Once Upon a Time in Hollywood actor was on the celebrated director’s radar before his cosign from the Training Day actor. Baz Luhrmann said:

Of course, he was mesmerized by the former child star’s audition enough to cast him as Elvis Presley. After Butler score the role, Luhrmann admitted he put the actor through the gamut filming the biopic, including a shutdown due to Tom Hanks’ COVID diagnosis. The filmmaker continued:

Thankfully, all those trials paid off for a better performance from Austin Butler, and audiences might be in a worthwhile musical biopic later this year. Butler’s performance has already received some major praise from Elvis Presley’s ex-wife Priscilla. Of course, Baz Luhrmann has the musical pedigree with projects like the Oscar-winning Moulin Rouge and Netflix’s The Get Down, so the film sounds like it was in the right hands. Elvis will follow the Rock and Roll Hall of Famer’s life from his early career to his Vegas days in the 1970s. Each phase of his life will be covered across three arcs, according to Luhrmann.

Hopefully, the musical biopic will break the curse many musical films have suffered from in recent years. The genre has been through some mixed times, varying from cultural phenomena (Encanto, A Star is Born, Bohemian Rhapsody), critical darlings (West Side Story, In the Heights) and gluttons for punishment (Cats, Cinderella, Dear Evan Hansen). Hopefully, this new film will strike a nice balance between acclaim and commercial appeal. Elvis will be released in theaters on June 25. In the meantime, there are plenty of other upcoming movies arriving in 2022 along with the musical biopic.

Teddi Mellencamp Shares Why She Thinks She Got Fired From Real Housewives Of Beverly Hills
Why Below Deck Sailing Yacht’s Ashley Marti Skipped the Season 3 Reunion (& How the Cast Reacted)
Vicki Gunvalson Introduces Her New Man To Her Family
The Roots, Haim, and Sheryl Crow Announced for The Big Climate Thing Festival
Canadian Librarian Responds To Threats Against Drag Story Hour by Adding Second Event