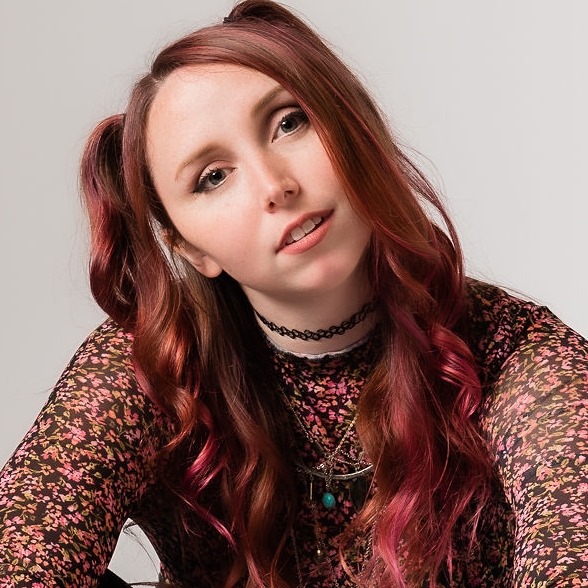 Lainey Dionne holds tight to her pop sensibilities in the new single “Old Enough”. A Romeo & Juliet-infused lyrical storyline, “Old Enough” is flash with a land of enchantment synth, threaded with acoustic guitar ribbons and of course, Dionne’s signature echoing harmonies. Hearing Dionne for the first time is like bursting a bubble-gum pop – it’s got a great sound, and releases a fruity-kind of vibe. “Old Enough” is proof that youth doesn’t mean exclusion and that young love is full of real, honest feelings. Dionne injects a wondrous beat and soda-pop charm into this great tune.

Dionne, who hails from Rhode Island, has an adventurous spirit woven into both her lyrics and vocals. The faint acoustic guitar (which surprised me because there is such a modern bounce to this song), the tinny drum beat follows her around, giving further proof that her voice is the spotlight and shapes the outcome. She sings as though she’s giving both advice from a first-hand perspective, and a how-to for young love. Take care of your heart, and leave your options up, she sings. I have to imagine this song still having an impact on older listeners – a great song is a great song after all. I think older listeners might be taken to the notion that there’s a younger soul in all of us, and Dionne easily capitalizes on this theme. Nobody is too young to love, she sings. I didn’t hear any angst or rebellion.

She always sounds so smooth and lovely when she sings. At one point in the song she talks about drowning out the negativity or what other people are saying by turning up the stereo. Who wouldn’t want to close the door to life behind and just crank up that stereo and lose yourself in the music? I loved how she created this imagery. She keeps you in the moment without giving you too long of a leash to find your way back. I think that applies to anyone and not necessarily about a relationship – if you’re having a bad day and something is really getting to you, take that raft that is music and escape.

“Old Enough” is from Dionne’s Self-Titled album. Some of her other releases include “Kick It In the Shadows”, “Hey London” and 2016’s Can’t Refuse EP. Perched high above in these recordings is an artist that wears her heart on her sleeve and has what appears to be an eternally-optimistic attitude. Some moments I think she’s the next Taylor Swift or is an offshoot of Owl City. Other moments I’m struck by the confetti-like music arrangements she casts. “Old Enough” is a song about young love, but the mature and unstoppable artist singing behind the microphone is just wonderful. Lainey Dionne has the world within her grasp and what we’re witnessing is a singer/songwriter changing the game. I’m so overwhelmingly in favor of giving her high marks for this great song. “Old Enough” has me hooked on a feeling; it has me pining for more; it’s fantastic.