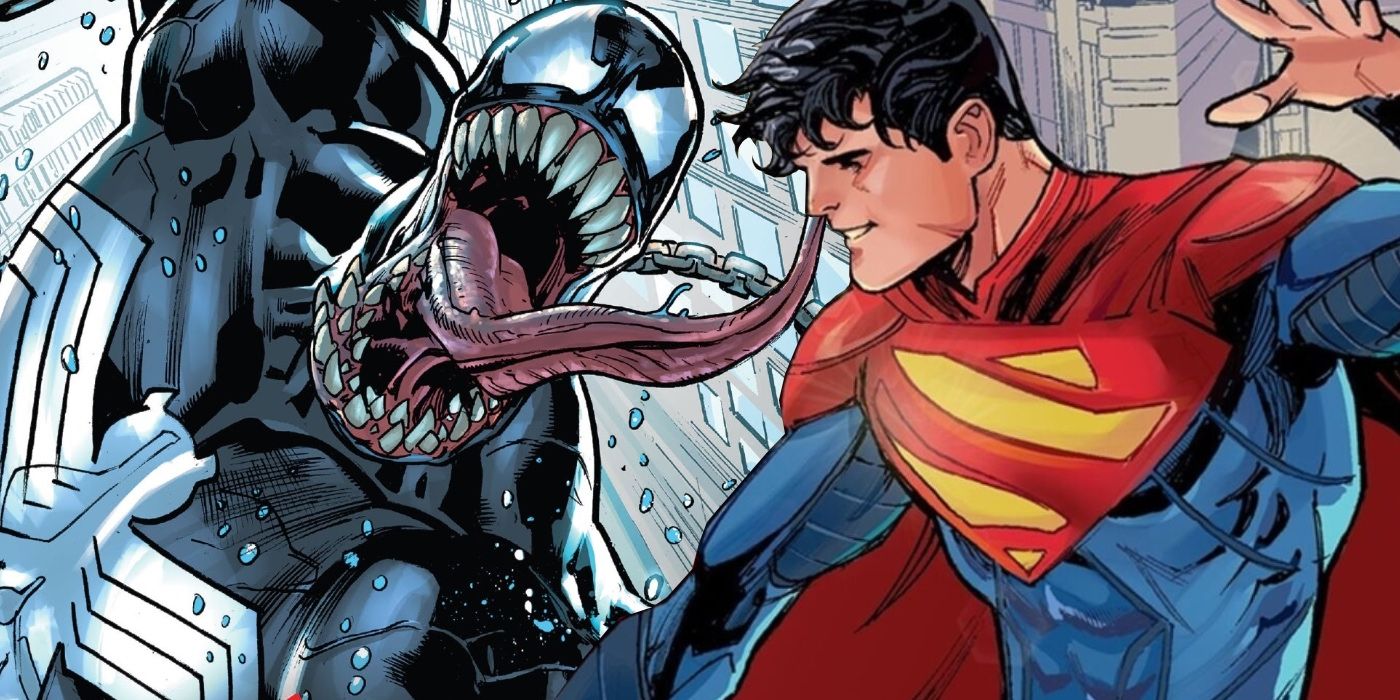 DC’s Superman is widely considered to be one of, if not the strongest superhero in the company’s universe – but extra-universal threats can still give the Man of Steel a run for his money. Case in point: the ultra-popular antihero Venom, the sometimes-Spider-Man foe and 90s icon of edgy costume design with attitude and violent tendencies to spare. Marvel and DC actually pitted these two super-powered beings against each other in All Access #1…and shockingly, Venom is actually stronger than Superman.

The 90s was a decade full of massive events in comics – Spider-Man had his famous Clone Saga, Batman’s back was broken, and Superman even died (though he got better within a year). In 1996, the two companies decided to work together – a true rarity these days – to produce Marvel vs. DC (sometimes called DC vs Marvel in the name of fair play): a four-part series that saw the champions of both universes fight each in grand, one-on-one matches. Though the series finished quickly, the central character Axel Asher (Access, who is, oddly enough, the only character owned by both Marvel and DC simultaneously), periodically reappeared in several comics, including All Access, a series about his journey between both worlds.

In All-Access #1, a massive headache alerts Axel to another dimensional crossover. He journeys to the DC Universe to find horrified civilians, upon whom the virulent Venom is visiting violence. Suddenly, Superman swoops in, tackling the symbiote…but readers see that Venom clearly has the upper hand. He throws punches and even throws Superman on one occasion, beating him back repeatedly. In the end, it’s not Superman who is victorious – it’s Spider-Man and Access (armed with a sonic cannon that ultimately defeats Venom).

The astonishing aspect about this fight is the complete lack of Kryptonite, red solar radiation, magic attacks, or any one of Superman’s well-known weaknesses exploited by Venom. He’s genuinely strong enough to knock down the Man of Steel repeatedly. He does mentioning fighting the Juggernaut, but as Superman has moved the moon, he’s clearly the stronger of the two. Perhaps Venom prevails because of a side-effect of traveling between dimensions, but the fact remains that this may be Superman’s most shocking defeat.

All the players would eventually be returned to their rightful universes, and Axel Asher would continue hopping between the world of Marvel and DC. The modern-day Superman likely does not remember the events of the confrontation, especially after the reality-altering events of Flashpoint, the New 52, DC Rebirth, and the others. But readers remember – and since both companies worked on the series, it can officially be stated that Venom is stronger than Superman.

‘Ladies of London’ star Juliet Angus posts tribute to ex Bob Saget
Watch a Retro Commercial for NECA’s Universal Monsters x TMNT Mashup – Leonardo as The Hunchback! [Video]
Real Housewives Tell-All Author Says “Vicki Gunvalson Asked For Money” To Participate And Tamra Judge Almost Backed Out
Universal Orlando Has A Great Response After Having To Shut Down One Of Its Parks
Superbad 2: Jonah Hill Says There’s Only One Way He’d Make The Sequel