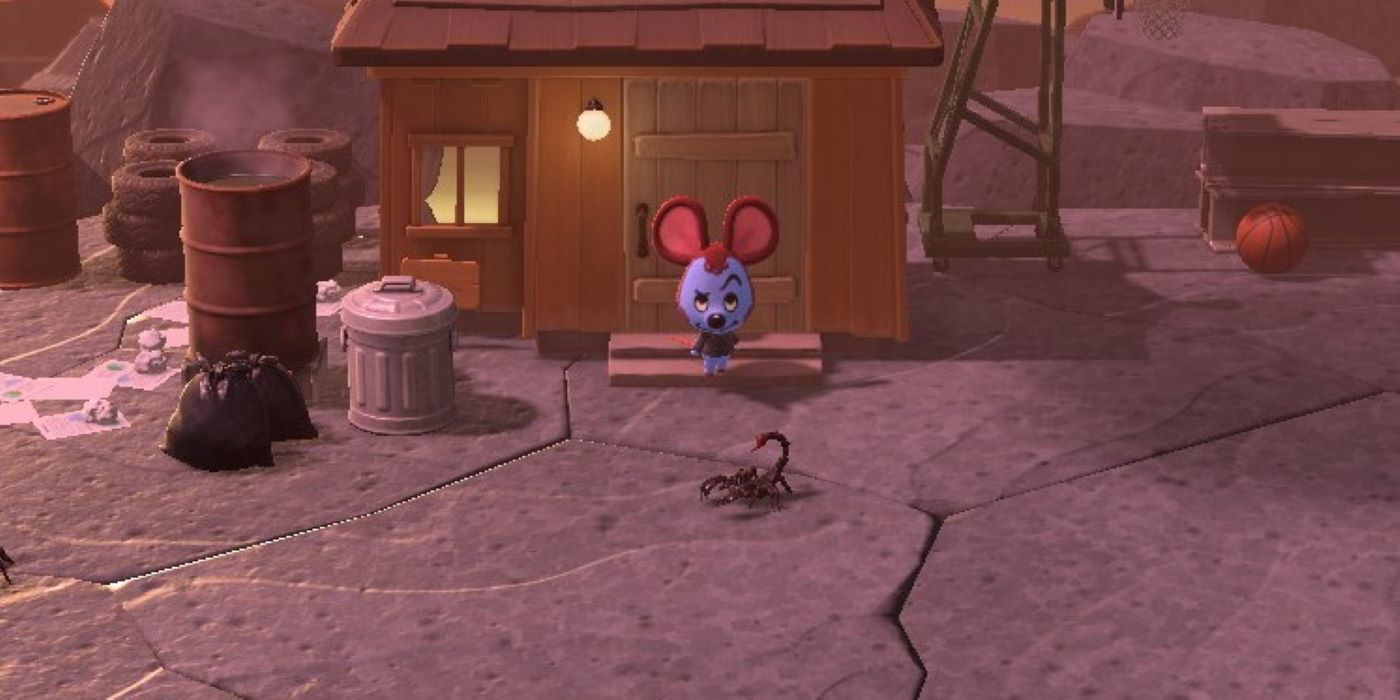 Happy Home Paradise opens up an entirely new game for players, bringing a new island that serves as a vacation destination with around 30 different plots of land. Each of these plots are available for players to build and design vacation homes for villagers. The villager only requests a characteristic or theme to guide the player’s customization process – for example, a home office concept and three must-use items. That said, the rest of the interior decorating is entirely up to the player. Happy Home Paradise players are pushing the boundaries of in-game creativity, with one ACNH player building the set of The Office. There are seemingly endless possibilities for what players can create, especially with the entire Nook Shopping Catalogue at players’ disposal.

As reported by Polygon, the newest Animal Crossing fad sees players adding bugs to the yards of various vacation homes. One player uploaded a video to Reddit, showcasing their release of a tarantula into a villager’s vacation home yard. Another player tweeted a series of photos, detailing how they gave villager Moose “[six] scorpions and a trash house.” Although some bugs can harm any given player, they don’t appear to harm villagers or other NPCs (and not all bugs are dangerous, either). As a result, these acts are – in theory – harmless. The motivation behind these bug infestations is unclear, but players taking part in this trend appear to be testing the limits of Animal Crossing and their villagers’ patience.

Although theses bug-related design decisions often make a villager’s vacation home appear unhospitable, the inclusion of certain bugs occasionally add to a home’s overall look. Some players added bugs like fireflies to yards in order to improve its ambiance and feel; visibly going for a more ethereal look. Home redesign in the Happy Home Paradise DLC frequently yields visually stunning results, though, now that players have endless opportunities to revamp their villagers’ spaces.

The new Animal Crossing DLC not only allows the opportunity to revamp villagers’ homes – it also revamps the game. The creativity that Happy Home Paradise brings is a welcome addition to the Animal Crossing: New Horizons world. That said, perhaps this creativity isn’t always a good thing, given players are now using it to ruin homes, rather than improve them.

Bri was raised on a healthy diet of cartoons, video games, comic books, music, and general geekery. She has freelanced for various websites and magazines since 2011 and has covered events such as San Diego Comic-Con and New York Comic-Con. Writing is a passion of hers and Bri is very excited to be able to share her thoughts with others. She resides in the desert with her husband, two cats, and a dog.