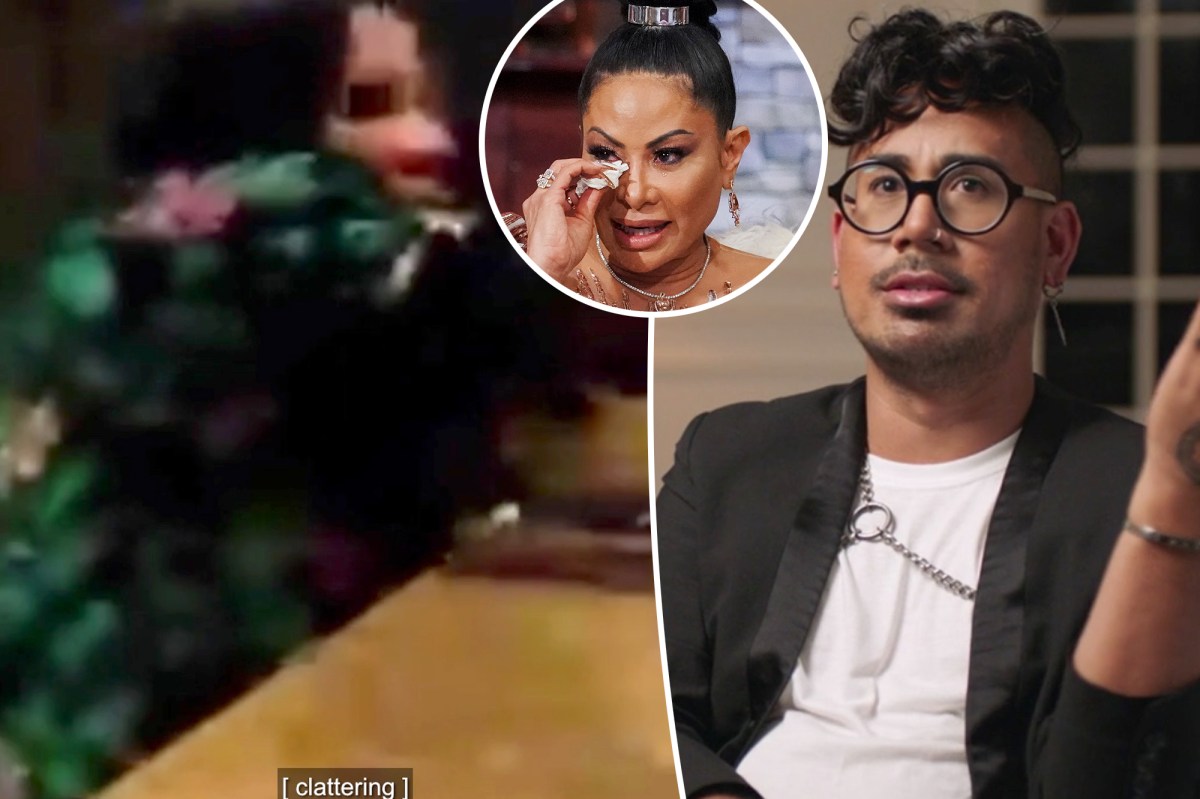 Jen Shah’s former clothing designer Koa Johnson claimed in Hulu’s new “The Housewife and the Shah Shocker” doc that the “Real Housewives of Salt Lake City” star lobbed dinnerware at him during a violent outburst in November 2020.

Referencing video footage and audio of the incident that leaked on social media in March, Johnson alleged that the embattled Bravolebrity, 47, “threw a chili bowl” at him. He claimed that the incident occurred after Shah got “upset” for not feeling prepared to film the “RHOSLC” Season 1 reunion.

Elsewhere, the fashion designer — who was hired by Shah to create a series of custom looks that she wore on the reality show — claimed that the polarizing TV personality stopped paying him well before he quit.

“The last paid compensation I got from her was in September 2020. But I worked for her all the way up to January,” he said. “As far as my other co-workers, they made it known to me that they were not being compensated as well.”

Johnson said that Shah’s decision to berate him — calling him vile names while using expletives — ultimately forced him to depart the “Shah Squad.”

“At that point I was so exhausted. I was not sleeping. In Polynesian culture, we argue, we scream at each other. But it comes from a loving place,” he explained. “When I got yelled at [by] Jen, there was nothing for me to really learn. It was not going to get better at a certain point, no matter what I did.”

Johnson added, “I think that crossed a line and a boundary for me. I just decided to get a one-way ticket to Hawaii and I left.”

Shah has acknowledged the situation on Season 2 of “Salt Lake City,” alleging that Johnson didn’t meet her demands despite the ample resources she provided him.

“He took my kindness and repaid me by making it look like I mistreated him, which was not the case at all,” she told the camera.

Johnson previously reflected on his experience working for Shah in an exclusive interview with Page Six in March.

“A lot of the reason why I continued working with her [despite] those circumstances [was] because I truly cared for her,” he said at the time. “How we prove it to our siblings or to our sisters, our people that we look up to is that we do things because we show our love.”

Weeks after Johnson chatted with us, Shah and her assistant Stuart Smith were arrested by federal agents for allegedly ripping off hundreds of victims — many of whom were vulnerable elders — in a widespread telemarketing scam.

“The Housewife and the Shah Shocker,” available to stream now, explores Shah’s legal woes, which are also playing out on Season 2 of “RHOSLC.”

Stuart’s sentencing is scheduled for March 3, 2022, while Shah’s trial is set for that same month.