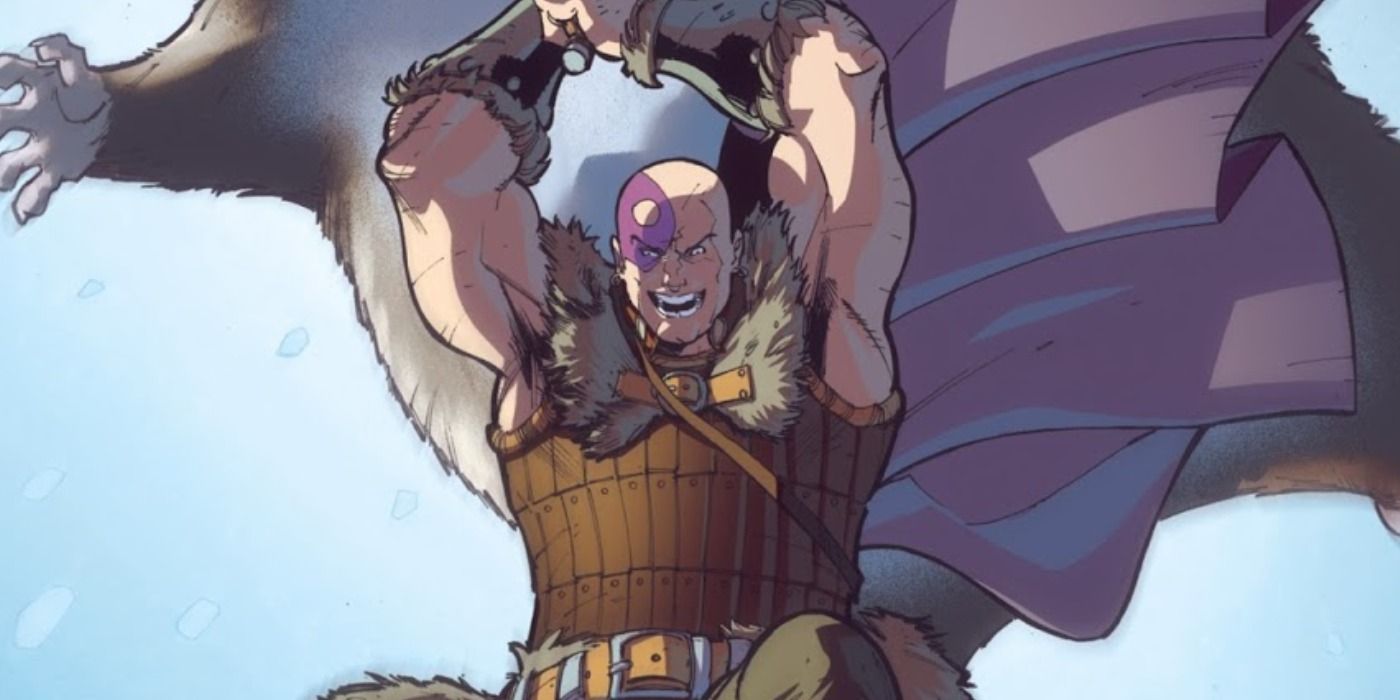 A new version of Dungeons & Dragons is coming in 2024, in the form of an updated version of the existing rules, which fans are referring to as the 5.5 edition of the game. This raises the question of why Wizards of the Coast isn’t releasing a sixth edition of D&D, as many fans were expecting a new edition, rather than an upgrade? It might seem that Wizards of the Coast is playing it safe by sticking to its guns, but this isn’t the first time that D&D has had a mid-cycle upgrade for one of its edition, as there was 3.5 in the past, as well as Dungeons & Dragons Essentials for fourth edition.

Wizards of the Coast revealed during D&D Celebration 2021 that an updated version of the fifth edition rulebooks will be released in 2024, to celebrate the 50th anniversary of D&D. All that has been revealed so far is that the updated books are the Player’s Handbook, Dungeon Master’s Guide, and the Monster Manual - and that the new rules will be backward compatible with the existing fifth edition books. The changes to the rules will be influenced by surveys sent out to the fans, some of which have already been distributed.

The 5.5 rulebooks likely won’t be too big of a departure from the existing rules, otherwise, they wouldn’t be compatible. Wizards of the Coast is playing it safe with a revision to the existing rules, but what about sixth edition? If D&D 5.5 is the next big thing, then those rules will be supported for several years, which means sixth edition might not launch until the end of the decade. It might seem as if Wizards of the Coast is dragging its feet with the launch of the next edition of D&D, but there are lots of good reasons for the company to go with 5.5 first.

D&D 5.5 Revises A TTRPG Has Never Been More Popular

2020 was the biggest year ever for D&D. The sales of the tabletop game books increased throughout the year, despite the pandemic preventing many groups from being able to meet up in person. The hobby as a whole has never been easier to get into, thanks to social media allowing groups of strangers to form groups, and streaming platforms allowing people to play remotely. D&D is also growing as a multimedia franchise, with an upcoming D&D movie in 2023, and a live-action D&D TV show that is in the early stages of development. Wizards of the Coast is also pushing D&D in the world of video games, with the long-awaited Baldur’s Gate 3 currently in development, and a number of unannounced projects in the works.

The popularity of D&D explains why Wizards of the Coast isn’t in a rush to release a whole new edition. The current version of the game is selling incredibly well and the growing multimedia presence could attract even more players in the future. There is still a lot that can be done with the existing edition, such as when the three classic campaign settings return in the future, so it’s not as if the game is lacking for content. The fifth edition of D&D is very profitable, so it isn’t worth the risk of a completely new edition when things are going well.

D&D 5.5 Will Help Avoid A 4E Situation For Dungeons & Dragons

The D&D name holds a lot of weight, as it’s the biggest name in the tabletop RPG industry and the name itself has mainstream recognition. This doesn’t mean that D&D is invulnerable, as there was a period of time when the game was beaten at the market by a competitor. The fourth edition of D&D has its fans, but it was a huge departure in terms of rules. The perception was that D&D became too similar to a video game with its combat, making it difficult for players to keep track of everything.

The shift away from exploration and roleplaying was also seen as a detriment by many. It was during this era that D&D was outsold at the marketplace by Pathfinder, which itself was based on the third edition D&D rules. Pathfinder outsold D&D at various points from 2011 to 2014, proving that the biggest name in the industry could still be taken down. The fifth edition of D&D (which combined elements and ideas from third edition, fourth edition, and Pathfinder) helped put the game back on top, with Pathfinder being in the number two spot ever since.

The polarizing reception to fourth edition wasn’t that long ago, and it helped birth D&D‘s biggest competitor. A sixth edition of D&D that changes the rules to a significant degree has the potential to provoke a similar response, which could turn fans away from the hobby, or to another game. The D&D fanbase already has divisions based on edition preference, and sixth edition is going to face harsh scrutiny from day one. There’s no reason for Wizards of the Coast to take such a big risk, not when the current version of the game is doing so well, so D&D 5.5 makes a lot of sense.

D&D 6th Edition Can Help Revitalize The Game After 5.5

This isn’t to say that sixth edition is never going to happen. Far from it. It’s just that sixth edition has a specific role to play in the future. All good things must come to an end, and the popularity of D&D may decline in the future. It’s common for players to get fatigued with one ruleset, which is why competition is good for the industry, as access to games like Pathfinder and Vampire: The Masquerade helps keep people invested in the hobby, even when they tire of D&D. The day will come when interest in 5e starts to decline, which will kickstart the development of the sixth edition.

A new edition of D&D always comes with a lot of excitement, as even lapsed fans will be interested in seeing how the lore and the rules change. All of the D&D rulesets have involved drastic changes and it will be interesting to see where the developers go with the game after 5.5. The current edition of D&D does a great job at being easy to understand and accessible for new players while offering depth for more advanced players. The challenge going forward is whether the next edition can keep these aspects of the game, without being too similar to 5e. The sixth edition of Dungeons & Dragons is inevitable, but the times aren’t changing just yet.

Next: Unique D&D Homebrew Subclasses That Should Be Official For 6e

Scott has been writing for Screen Rant since 2016 and regularly contributes to The Gamer. He has previously written articles and video scripts for websites like Cracked, Dorkly, Topless Robot, and TopTenz.
A graduate of Edge Hill University in the UK, Scott started out as a film student before moving into journalism. It turned out that wasting a childhood playing video games, reading comic books, and watching movies could be used for finding employment, regardless of what any career advisor might tell you. Scott specializes in gaming and has loved the medium since the early ‘90s when his first console was a ZX Spectrum that used to take 40 minutes to load a game from a tape cassette player to a black and white TV set. Scott now writes game reviews for Screen Rant and The Gamer, as well as news reports, opinion pieces, and game guides. He can be contacted on LinkedIn.