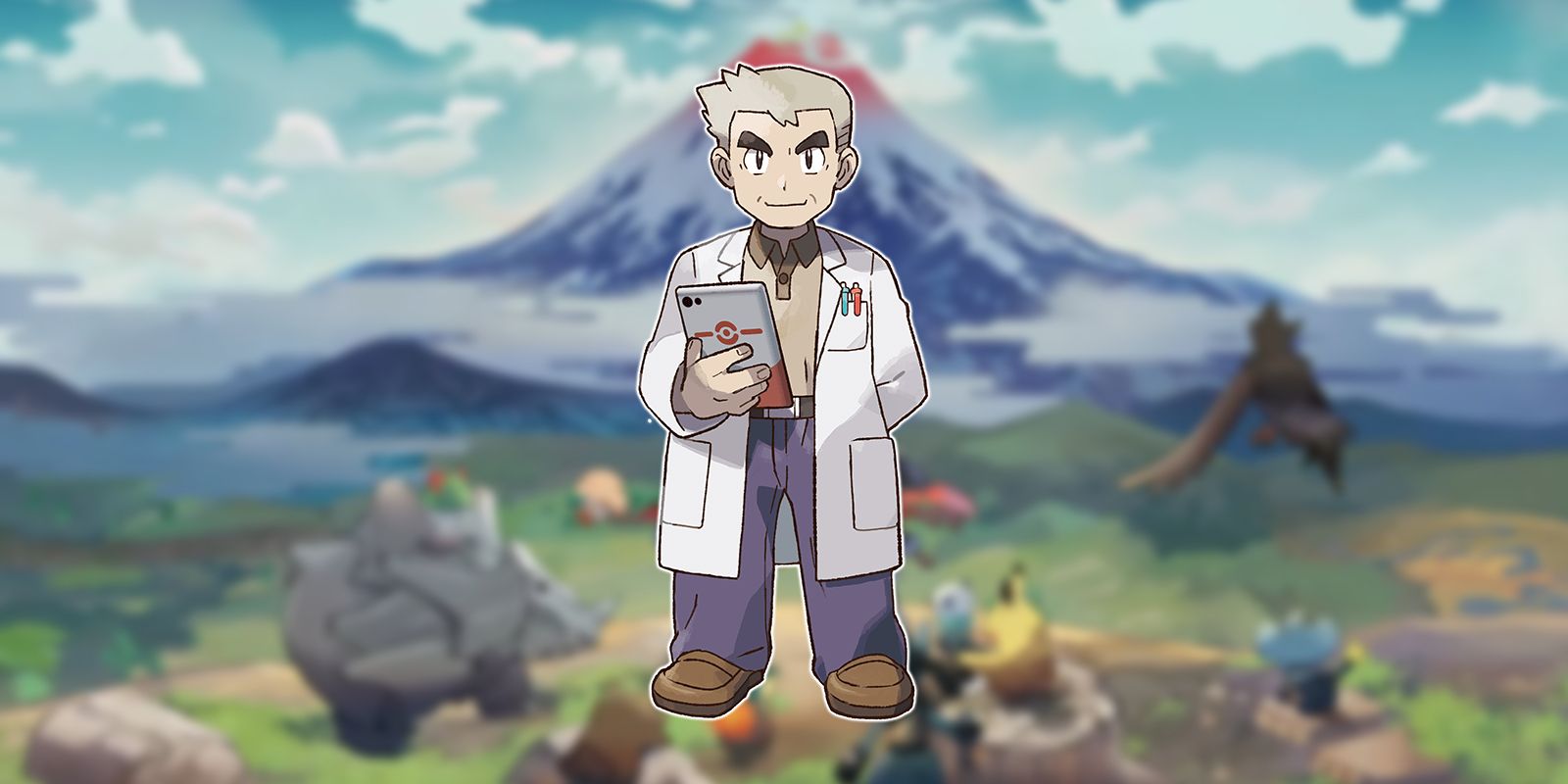 The recent marketing for Pokémon Legends: Arceus has taken an interesting, yet very unexpected turn. A few days ago, a cryptic trailer was released, posing as found footage recovered from the Hisui region where Arceus is taking place. That footage has since been restored in-universe by Professor Oak, introducing an utterly confusing modern day connection to the game’s timeline.

This new development in the lead up to Pokémon Legends: Arceus‘ release early next year began with a scary trailer teasing new mystery Pokémon. The image was almost entirely filled with static and other distortion, and large parts of the audio were removed. Aside from the mysterious subject matter, one of the strangest things about it was the apparent presence of a video camera in the almost universally pre-industrial Hisui region. The videographer in the trailer even made mention of the “strange device” they were using.

The trailer, which is of historical importance to the Pokémon universe, has now confirmed Hisuian variations of Zoroark and Zorua after being restored. The now complete footage does not offer any answers to the video camera quandary, and now the description on the Official Pokémon YouTube video confuses things even further by explicitly naming Professor Oak as the one responsible for the restoration. This may very well be a meaningless detail, using Professor Oak because of his recognizable name, but some of the potential implications for the narrative of Legends: Arceus only further muddy the game’s timeline.

Could Professor Oak Be Involved In Pokémon Legends: Arceus?

There has so far been no mention of modern day segments in Pokémon Legends: Arceus, and it seems like an unlikely route for the gameplay to take. This doesn’t rule out a narrative frame that uses Professor Oak, though. The description for the new trailer implies Oak has an interest in researching the Hisui region, and directly addresses the Trainers (read: viewers) who are watching the ancient footage. The existence of the footage and the game’s Arc Phone item already contradicts Pokémon Legends: Arceus’ setting, so it doesn’t seem impossible that the game is somehow connected to modern times. Arceus is practically a god, after all.

It’s also reasonable to assume that the mention of Professor Oak in the new trailer description is nothing more than a nod to the importance of Pokémon‘s first professor. The footage of Hisuian Zoroark and Zorua is being presented as an archaeological find, and could very well be nothing beyond that. In any case, it’s been a fascinating bit of marketing for Pokémon Legends: Arceus, and has succeeded in drumming up some more excitement around the game’s upcoming release. Details on the game’s deeper narrative remain scarce, even after all the tidbits of gameplay information revealed, so fans will have to wait and see if this found footage amounts to anything substantial.

Spider-Man’s Latest Twist is Either Genius, or His Dumbest Ever
Related Topics

A passion for video games was instilled at a young age when Kyle Gratton and his older brother were gifted a Nintendo 64 with Ocarina of Time and Mario Kart. Graduating from the University of Kansas as an English and History major, with a minor in Film, Kyle enjoys discussing literature, movies, television, and especially video games. He currently writes features and reviews for Screen Rant’s games section, and dabbles in short fiction occasionally.

New Juice WRLD and Justin Bieber Song Released: Listen
Tom Sandoval Accuses Katie Maloney For Using The Toms’ Bar Project For Her Storyline For Vanderpump Rules
We Have Selena Gomez to Thank for This Hilarious Roast of Steve Martin and Martin Short
I’ll see you in my dreams
25 Holiday Gifts That Give Back To Meaningful Causes