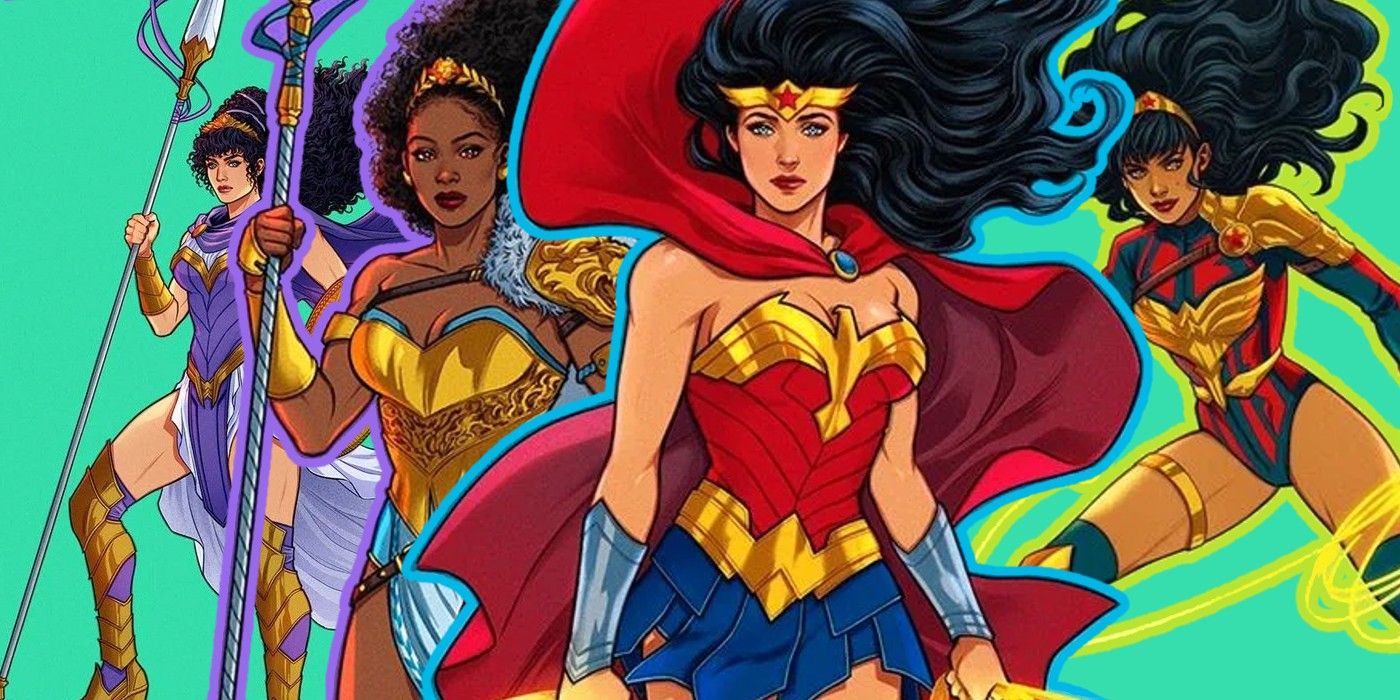 As DC’s most famous heroine, Wonder Woman has inspired generation after generation with her power, wisdom, and compassion. With her 80th anniversary on the horizon, recent events have proved why the Princess of Themyscira is worthy of admiration and wonder – as Dark Nights: Death Metal saw the DC Universe (literally) reshaped by her love. In Wonder Woman #780, however, Diana reveals that while she remains a stalwart hero, her name has taken on new meaning.

The end of Dark Nights: Death Metal saw Wonder Woman being offered a cosmic-scaled role in the DC Multiverse, having sacrificed her own life to defeat the Darkest Knight. However, Infinite Frontier revealed that Diana turned down the offer of divine ascension, and was instead sent to Asgard. Since Wonder Woman #770, Diana has been journeying through the Sphere of the Gods under the guidance of Boston Brand, aka. Deadman, with issue 779 concluding with Wonder Woman showing mercy to Janus and returning to Earth.

Wonder Woman #780 opens with Diana arriving in the Hall of Justice, only to be overwhelmed by joyful friends and allies: Black Canary bursts into the room exclaiming, “So the rumors are true! Even death can’t defeat Wonder Woman!” and even Batman cracks a smile as he shakes her hand. The rest of the world becomes aware of Diana’s return after she rescues an overturned ship in the Atlantic Ocean, though she then travels to Themyscira to celebrate with the Amazons. As she explains to Nubia, the new queen of Themyscira, “My greatest hope was for others to take up my cause after I died… and that is exactly what you did. I became a symbol – a symbol that you embody. Wonder Woman isn’t just me any more.” Diana awakens the next morning to ponder her new place in a changed world, and the final page teases the answer she might find: “Wonder Women?!”

The issue serves as an important prologue to a new era for Wonder Woman - one in which her allies will undoubtedly play a more prominent role. Unlike Batman or Superman, whose sidekicks, friends, family and villains have grown into countless titles of their own, Wonder Woman’s supporting cast have struggled to thrive outside her shadow. This has begun to change in recent years, with the under-used Nubia given the spotlight in Nubia: Real One and a future Wonder Woman, Yara Flor, introduced to readers in Future State. Next year promises to continue this trend with the Trial of the Amazons event placing DC’s greatest mythological warriors – including Diana, Nubia, Yara Flor, Hippolyta and Artemis – in the middle of a massive power struggle.

Wonder Woman is, indeed, no longer just a solo warrior: she is a growing legacy of powerful women fighting for justice, peace and equality across the universe – a legacy that extends into the real world too, with projects like Serving Up Justice: Featuring Serena Williams and Wonder Woman. As Wonder Woman continues to take center stage in the DC Multiverse, Wonder Woman #780 assures readers that her family and friends will finally receive the recognition they deserve, and that now more than ever, Wonder Woman is a title which applies to a cause, not a person.

More: Wonder Woman: Trial of the Amazons Event Will Be Epic Power Struggle

Jonny Rogers is a writer and video editor based in Hampshire, UK. He is currently working with Tru. (environment & human rights), Agora Think Tank (foreign policy), Wasteland (international cinema), Effective Altruism for Christians (charity evaluation & theology), and Screen Rant (comics). He holds an MSt in Film Aesthetics from the University of Oxford, and likes to tell people that he once stood in for Kevin Costner.