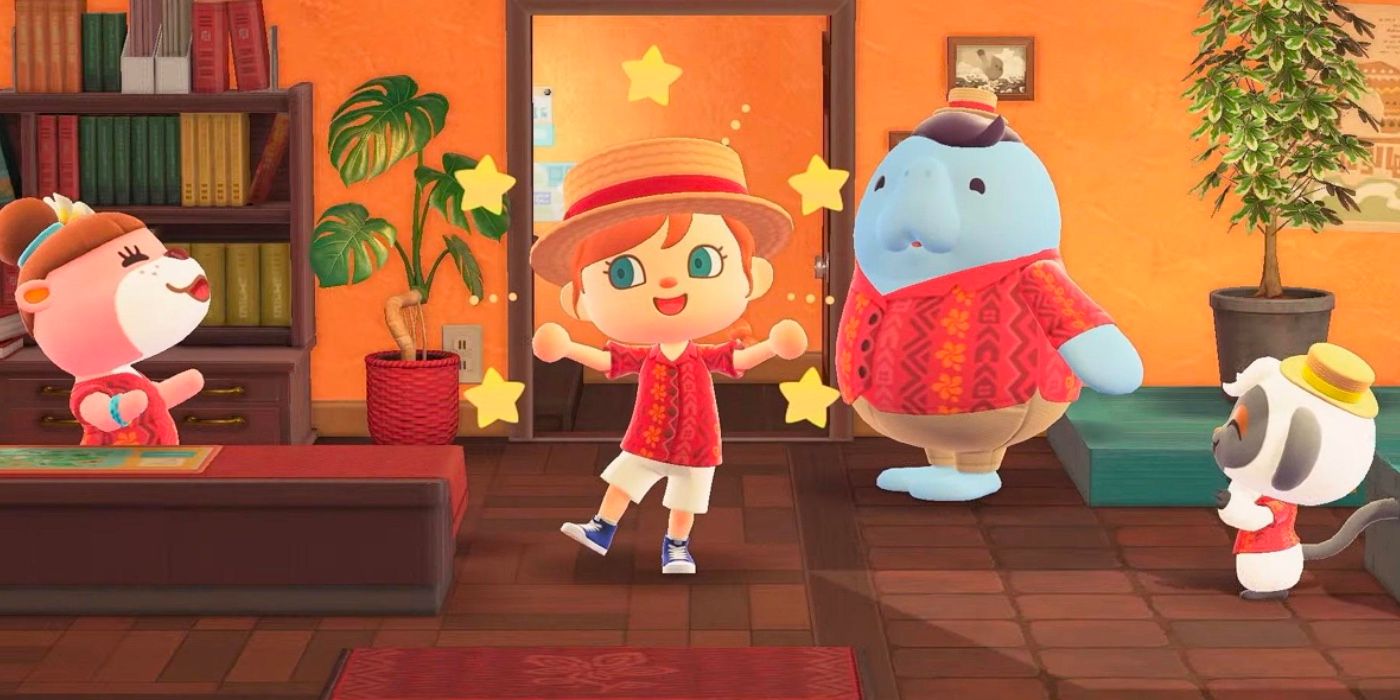 Animal Crossing New Horizons is getting a paid DLC called Happy Home Paradise that will allow players to decorate and customize all kinds of buildings. The premise of the DLC is that the player has a job at an archipelago resort where they will help various Animal Crossing characters create their perfect vacation homes. There are quite a few elements to this new job that should offer plenty for players to do. While being able to customize these houses to the extent the DLC allows is fantastic, Happy Home Paradise also allows players to customize buildings that aren’t houses and that serve different functions.

The Happy Home Paradise DLC was announced during Animal Crossing New Horizons’ most recent Direct. Available for purchase on November 5, this DLC will cost $24.99. Preorders open up on October 29 on the Nintendo eShop. Players also have the option of purchasing the Nintendo Online Membership Expansion Pass for $50 that will include the DLC for free. Happy Home Paradise is not a separate game, so players will also need to own Animal Crossing New Horizons to enjoy the new content.

Throughout New Horizons’ life, players around the world have used their creativity to make special designs and layouts. Lots of players shared their adorable or classy outdoor eateries and coffee shops, which were likely taking the place of sorely missed café The Roost, which returns to New Horizons on November 5 along with its proprietor and barista Brewster. There were also plenty of little classrooms or schools scattered across islands either outside or in extra houses. And while these designs were often incredible, and people truly got creative, especially with food displays in restaurants or cafes, they were lacking life because villagers hardly ever interacted with them. That time has finally come to an end. With Happy Home Paradise, players will be able to decorate and customize different businesses and buildings on the resort archipelago that are not houses. And – even better – the New Horizons Direct showed these areas filled with villagers interacting with their environments.

With Happy Home Paradise players can finally create beautiful and detailed schools that villagers will actually interact with. From the glimpse the Direct showed, there have been a ton of new items added to New Horizons with this DLC specifically for this purpose. There are new student and teacher desks, lockers, textbooks, and a detailed chalkboard. To add a little modernity, villagers can use their tablets in class to take notes and do their work. In the Direct, the students were actually holding books and using them, instead of simply sitting there. This will give older items like the homework set and the globe a new purpose too, and players will be able to customize the exterior of their school to make it look just right.

Players Can Build A Restaurant In Animal Crossing DLC

Another common feature on many a New Horizons island is a restaurant, many of which were located inside extra houses. And while these builds looked incredible, there was no way to have villagers partake. In Happy Home Paradise, not only with players be able to build the restaurant of their dreams, they will also get to see their favorite villagers become employees and customers. Like with the school, new items will be available for players to use to create realistic and functional restaurants. New industrial counters and stoves can be seen in the Direct, as well as new cooking utensils like a wok and a huge soup pot. For the dining room, fans can see new tables, chairs, and even a cash register. Farming and cooking are being added to New Horizons in the free update also releasing on November 5. It is unclear if this new gameplay mechanism will be available in Happy Home Paradise, but some of the new food items were shown in the restaurant during the Direct.

One of the more interesting additions Happy Home Paradise is bringing to New Horizons is a hospital. Previously, there hasn’t been many medical items in the game, so players can expect a lot of new options for decorating this new building. From the Direct, new items can be seen like a hospital bed, waiting room benches, x-ray images, medicine cabinets, and more.

The Direct didn’t show any villagers interacting in the hospital, so it’s unclear at this point what role the building will have. Will villagers get sick or injured? Or could the player get hurt on the job? Also, which villagers will run the hospital? Raddle the frog is a doctor-themed villager, so maybe he will become an important figure in Happy Home Paradise. It will be interesting to see how Happy Home Paradise integrates this new feature.

While the New Horizons Direct only explicitly discussed the school, restaurant, and hospital, a Nintendo press release also mentioned that there will be a café for guests to relax in and chat with friends, which looks to be a compliment to the game’s restaurant – perhaps a similar facility just on a smaller scale. The Animal Crossing Direct showed a café in a brief clip, and while no specific details were offered, the short bit of footage is tantalizing. The example café depicted a lively environment filled with activity, including villagers shown to be customers and employees, much like the restaurant. While the restaurant appeared to have two separate spaces, one for dining and also a kitchen, the café may be limited to a single room, though it’s hard to tell from the provided footage.

Quite a few new items are also visible that will allow players to design realistic coffee shops like a tea set, finger sandwiches, a food display case, new shelving, and a digital menu. There is even a new doormat that says “café.” New plants coming to New Horizons like the cactus and seedlings may also go a long way in helping to flesh out café spaces with appealing atmospheres. With all the new items and furniture as well as new design techniques, players should have no problem creating the perfect real, working Animal Crossing: New Horizons cafe of their dreams.

90 Day Fiancé: Why Fans Are On Juliana Custodio’s Side Amid Split
Related Topics

Hello, my name is Angelina Thompson. I am a University of Florida graduate. I have a passion for reading and writing, and I one of my favorite hobbies is playing video games, which led me to this position at Screen Rant.