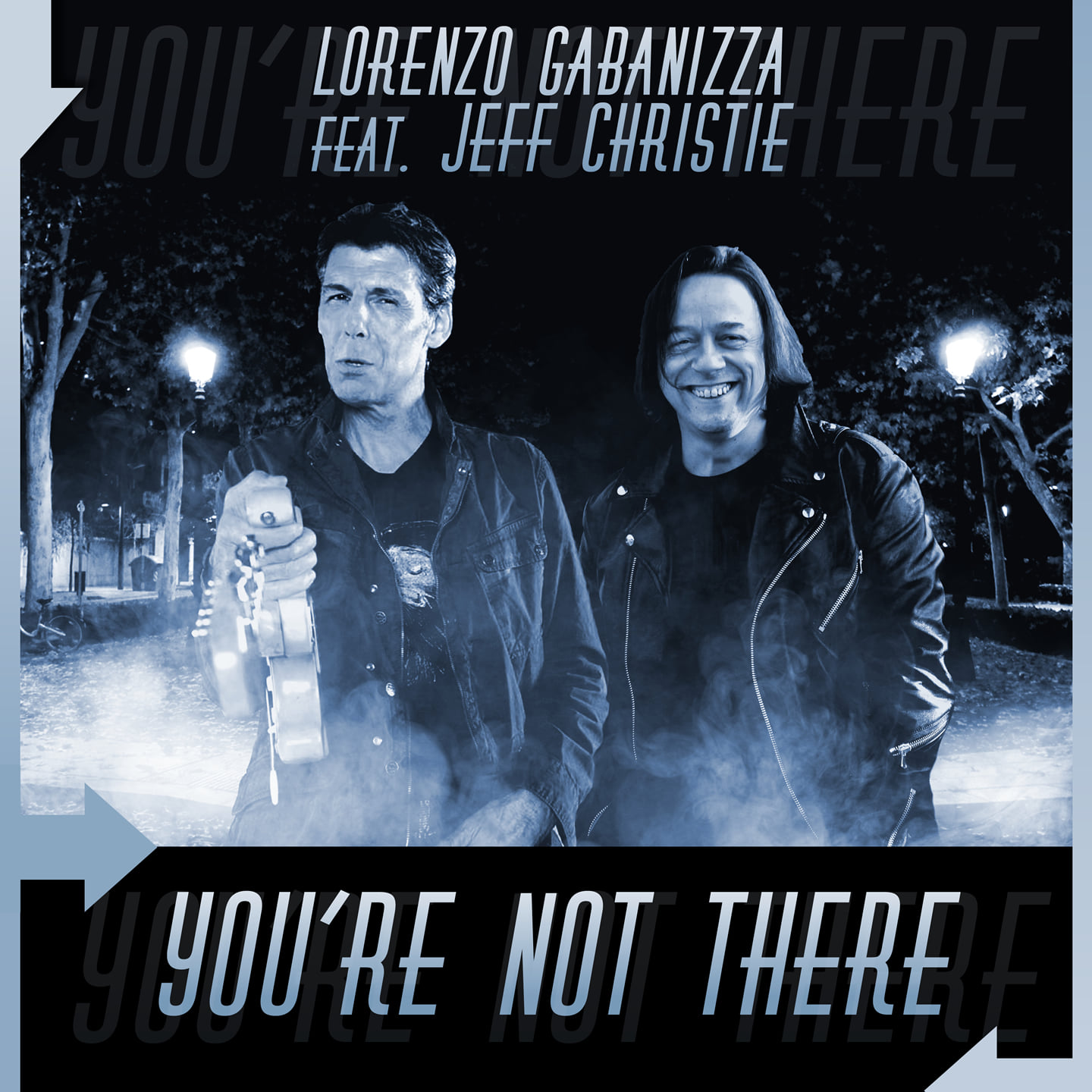 “You’re Not There” is the likely impetus for Lorenzo Gabanizza’s career to rise to another level. He’s worked with one project or another over the last half decade-plus though he seems to have discovered his voice as a solo performer. This is not his first release under his name. He has a limited discography, but recent years have seen him focus much more on his work rather than the time he spent, for instance, with his earlier bands.

This shift in direction is a good idea. His earlier solo releases signaled his talent and burgeoning potential. Gabanizza sounds like a songwriter and musical artist capable of doing whatever he likes with each new release and this new single straddles the line between guitar-led AOR rock and singer/songwriter material with a quasi-R&B feel without ever faltering once. His audible confidence is a big part of what attracts me to his music.

It isn’t ever arrogance. Bringing a guest performer in to handle vocals you might otherwise be tackling severs the song rather than his ego. Weathered warmth surrounds Gabanizza’s voice and low-key manipulations along the way enhance the vocal without ever overshadowing the central performance. He knows how to put his maximum into vocal phrasing. The twists and turns he takes through the verses and chorus take a specific rising and falling pattern here but it’s easy to imagine him never singing it the same way twice.

Horn and guitar alike vie with the vocal for the listener’s attention. There is spot-on balance, however, between the trio of key musical elements though, naturally, the singing is the heart of this track. The production lays everything out in a fulfilling way. His indie status is no impediment to Gabanizza delivering a thoroughly polished product that any mainstream outlet would be happy to play. It has the chance to reach a large audience.

The songwriting strengths are greater than the lyrics alone. It has comprehensive mastery of how simple, time-tested dynamics can still give songs life, and the machinery of “You’re Not There” rolls forward with well-oiled efficiency. Nothing sounds out of place. It has a fair amount of predictability in its development. Gabanizza peppers the arrangement, however, with subtle and recurring touches that give it more individual flair.

The relaxed style and sophistication of Gabanizza’s new single set it up for success. It shows, as well, that this talented performer and songwriter is continuing to develop his gifts rather than spinning his wheels in a single gear. Many performers find one or two things they do well and lean on those, but there’s no sign Lorenzo Gabanizza will ever go in that direction. This is a musical artist who relishes the possibilities of song as both catharsis and entertainment. On top of that, he brings intelligence and consideration to his work too few aspire to, much less match. The new single “You’re Not There” isn’t the lightest of fare, but it is well worth your time.

Is This Tarek El Moussa and Christina Haack’s Most Unappealing Renovation Yet? You Be the Judge…
Billie Eilish Changed Her Look Yet Again, And I Can’t Keep Up Anymore
Nurse Told Christine Quinn’s Husband That He Had to Choose To Save Her Or The Baby During Traumatic Childbirth
‘Morbius’ Clip Reveals the Action-Packed Birth of the Living Vampire! [Video]
Yellowjackets: Who Killed The Survivor? Every Suspect Explained