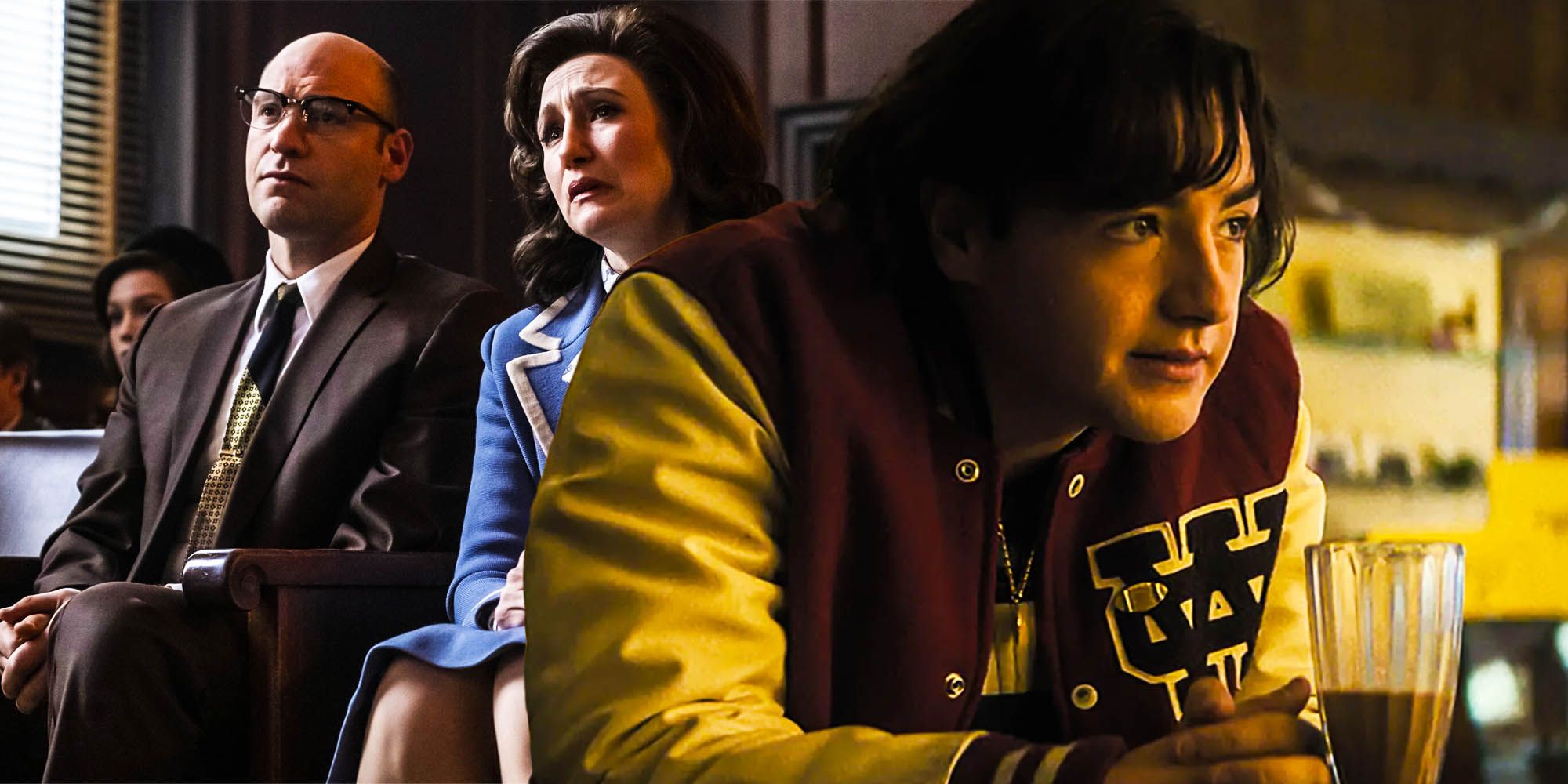 Initially set in 1967, The Many Saints of Newark endeavors to lay the narrative foundations for a multitude of Sopranos characters amidst the backdrop of a racially torn New Jersey. The Sopranos prequel primarily presents through a young Anthony Soprano (Michael Gandolfini), who lives in awe and adoration of his gangster uncle Dickie Moltisanti (Alessandro Nivola). In addition to navigating Tony’s formative years, The Many Saints of Newark also harks back to its predecessor by employing contextual beyond the grave narration from the unborn Christopher Moltisanti (Michael Imperioli).

Related: Sopranos Prequel DOES Have A Tony Age Retcon (But Not The One You Thought)

The Many Saints of Newark treats audiences to a young Paulie “Walnuts” Gualtieri, who appears to have seen very little emotional growth in the interim years between The Many Saints of Newark (1967) and The Sopranos (1999). The fledgling Paulie seen in The Many Saints of Newark already embodies the reckless and self-centered qualities that make him such a compelling portrait of a gangster in The Sopranos some 30 years later. Despite his stubborn nature, Paulie has risen to become a high-ranking member of the DiMeo family by the time The Sopranos kicks off, meaning there is ample story left to convey how he becomes one of the crime syndicate’s most successful earners. Paulie’s pious nature is also rigorously documented in The Sopranos, with his sudden churchgoing dating back to 1977 another yarn as of yet untold by Chase and company.

The former captain of the Soprano crew, Giovanni “Johnny Boy” Soprano, presents as a revered character in the 1999 HBO drama. However, the HBO Max movie displays a more human portrait of Tony’s father, with many of the DiMeo family referring to him as “a case” about his oft-forgotten combustibility. His relationship with his long-suffering wife Livia is also fleshed out, with The Many Saints of Newark underlining the difficulties Tony’s mother faces when Johnny is incarcerated. Canonically, then, Johnny Soprano still has a lot to offer The Sopranos‘ narrative as The Many Saints of Newark comes to a close, with his death of emphysema in 1986 the footnote in a long list of events that continue to imprint on his son, Tony.

Related: The Many Saints of Newark Should Have Been A Miniseries

Uncle June’s conniving nature is hammered home in The Many Saints of Newark, exemplified by the shallowly motivated hit he orders on Dickie in the film’s coda. Junior’s rise to power has only just begun in The Many Saints of Newark, with Junior the official boss of the DiMeo crime family for most of The Sopranos despite Tony’s continued machinations. This leaves swathes of unexplored narrative between the two men, with Tony’s journey to prominence within the family sure to aggravate Junior much like Dickie’s did in 1971.

One Many Saints of Newark character who already appears well fleshed out is Silvio Dante, Tony’s confidante and primary negotiator in The Sopranos. Silvio’s admission to Dickie that he should reconcile with his nephew at the end of The Many Saints of Newark is reminiscent of many Sopranos interactions between Silvio and Tony in which he provides wise counsel. While Silvio’s character may comparatively have less development to undergo to reach his final incarnation seen in the untouchable The Sopranos, a second series prequel could focus on Silvio’s budding potential as eventual Consigliere to Tony, in which he excels at several operations, including loan-sharking and running the family’s strip club: The Bada-Bing.

A young Carmella sees minimal screen-time in The Many Saints of Newark, ultimately being restricted to just one scene where she lends Tony a dime to call Dickie. While primarily designed to portray Tony’s heartbreak, this scene is also deft in portraying how Carmella, even in her youth, is already beginning to dote on Tony. As one of the driving forces of The Sopranos‘ narrative, Carmella’s growth as a woman and a character has only just begun. Marrying Tony and bearing his children Meadow and Anthony Jr. is just the tip of the iceberg for Carmella’s complex character before The Sopranos begins in 1999, so expect any further HBO Max sequel chances to be built heavily around the compelling Carmella.

Next: How Many Saints Of Newark Links To Sopranos’ Cut To Black Finale

Charles Cameron is a Senior Features Writer for Screen Rant specializing in Film & TV. A B.A. graduate of UEL, he spent several years in corporate roles before committing to pursuing his passion of writing full time. A British native, Charles also is an avid football fan and podcast co-creator who loves delivering new content across various forms of media.