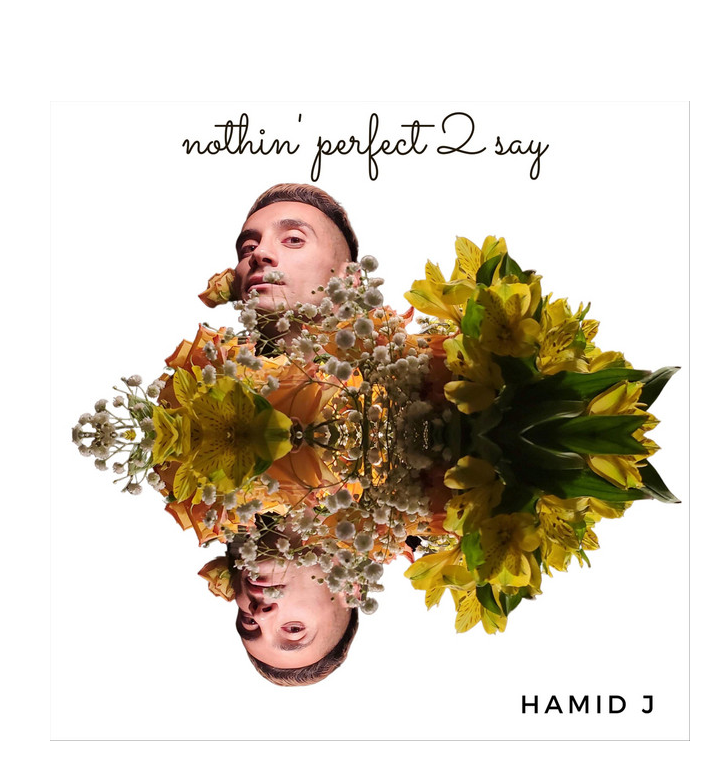 Hamid J will make you feel all your feelings with his new single “Nothin’ Perfect 2 Say.” With all the power of an 80’s deep cut and beautiful, emotional vocals, this fresh track is sure to capture anyone who comes across it. It has a timeless quality and is clearly well crafted. There’s a level of passion that comes through in Hamid J’s vocals that makes you want to listen to what he’s singing. In addition, the lyrics detailing the decay of a relationship, with the singer searching for the right words and coming up with “nothing perfect to say,” is something that is deeply relatable for a lot of people, which is the first step in creating a successful pop song.

“Nothin’ Perfect 2 Say” is wonderfully put together, with lots of good builds and a cool electronic breakdown after the bridge. While the backing track is meticulous, it’s really Hamid J’s voice that punches it up to the next level. It’s breathy but powerful, and the listener can feel his emotional turmoil clinging to every word. There’s a certain vulternabiity that Hamid J shares in this track that makes him easier to connect with as an artist. He invites the listener to join in his catharsis, finally making the choice to let go of someone who is hurting them, even if they have no clue how they’re going to go about it.

Hamid J has been working with music and honing his craft since around 2000 and is currently LA based. He has drawn inspiration from pop stars like Michael Jackson and George Michael, but also took inspiration from people he’s collaborated with throughout the years. From just one listen-through of “Nothin’ Perfect 2 Say,” you can tell he’s worked hard at this. His talent and the time he’s put towards it is undeniable. He’s able to take elements of all the pop sounds he likes and mash them together into something awesome and dramatic. Even if you aren’t going through the death of a relationship, for a moment you can empathize while listening to this song.

Hopefully there’s an album or at least some good touring in Hamid J’s future. He seems to have a great handle on what excellent pop music sounds like, and he has a ton of heart and experience. He has managed to blend sounds of the past and present together to create something that sounds timeless. His lyrics are heartfelt and relatable and his vocal performance backs them up extremely well. This is the kind of song someone reaches for when they’re feeling heartbroken and need something to help them cry it out. It’s honest about the pain, it doesn’t try to hide it under false bravado. Hamid J is an artist on the rise and someone to keep your ears tuned into. If you can’t get enough of “Nothin’ Perfect 2 Say,” he has some other singles and EPs on Spotify and Soundcloud. I sincerely wish him the best in his quest to restore pop music to it’s full, catchy, emotional glory.