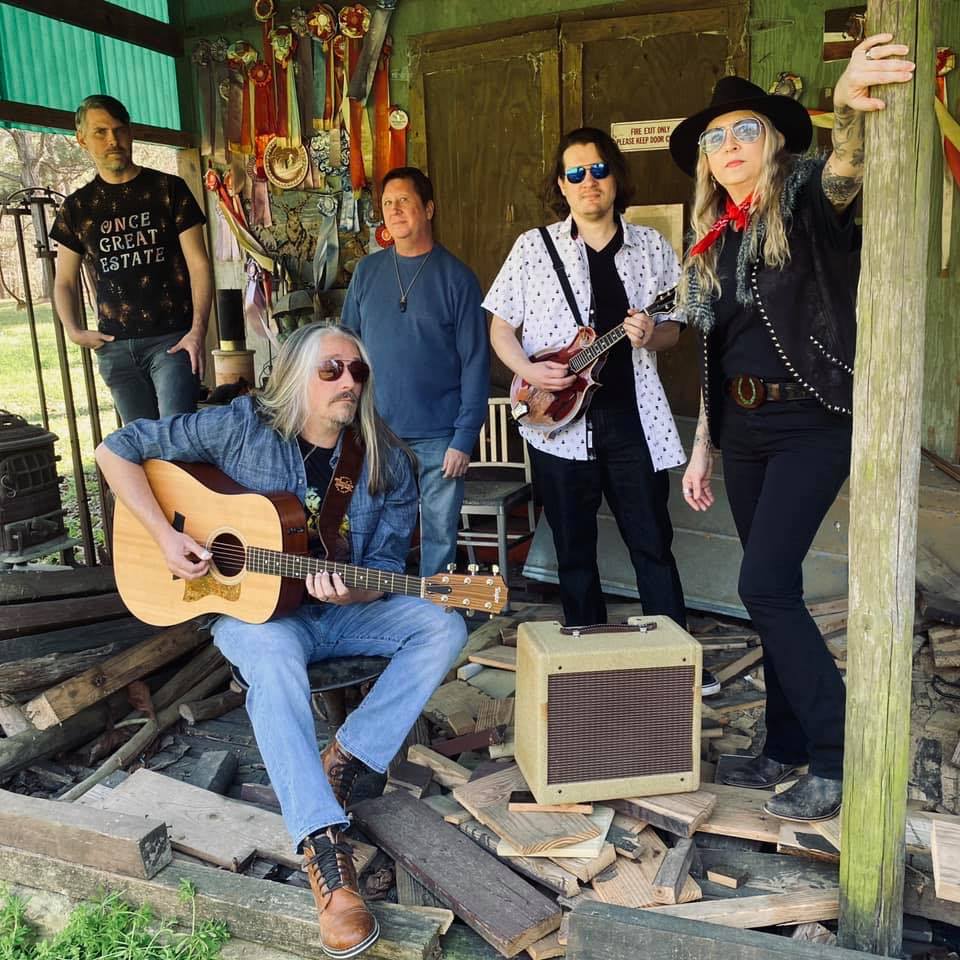 Once Great Estate – are a Folk outfit with a Southern twist and provocative lyrics and vocals, backed with amazing instrumentation from Florida, also with a couple of roots from Wyoming and NYC. This band bring a lot of tasty flavors of Folk, from bluegrass and country to Americana and other modern forms with an emphasis on acoustic when it comes to their latest release – Even The Undertaker. The groups is strong in their delivery and presence on these eight songs. Lead singer/front person – Tracy Horenbein, clearly does an outstanding job and the platter offers up pure equality music from all involved.

The story of – Even The Undertaker, gets underway by coming in with “Welcome” to get started, which leads into the actual album after its slightly moody segue. If you’re not ready for track number two, the title track, make sure not to miss the opening notes on this. “Shelbyville Inn” comes right as the 3rd song and it is nothing but a pleasant ride full of great storytelling and chugging rhythms to accompany some fantastic lyrics and Horenbein’s silky smooth vocal prowess. Talk about a breath of fresh air, it’s written all over this song and subsequently the whole album as well.

After hearing such a cool tune all you can do is play it again and again, but a listen once through took up priority first, only to say each track winds up worth listen after listen once you wrap your head around it all, which is the mark of any great album. The results per song just weigh in with so much enjoyment it’s never even a contest between them, it’s a matter of progressively more is more. “Southern Song” proves every word of that, opinion or not, it sounds designed to and that’s only one small observation to detail about it.

“Battles” follows naturally with some higher energy but nevertheless serious lyrical points to keep it flowing with the general storyline of Even The Undertaker. In fact, the title track itself also starts to remind at this point and makes the album more seamless, as where the following tracks take on a more-straight forward role. I like this one because it stands apart that way. You never know what’s coming next on this album, but you feel like you do as it plays for the first time. Any song on it can have that effect.

Even The Undertaker starts to come to-a close with “Friction” getting another four minutes to sink in and let the memory-oriented album do its magic. Once again, Horenbein’s vocals are enough to shout about, but not without another fine musical arrangement, and either way her voice is something to behold for sure. And if there were more space to describe “Florida Man” and the final track “Nebraksa,” it would take up a lot more words than most of the tracks, especially on the latter. Both cuts top off one of the best folk releases I’ve heard all year.