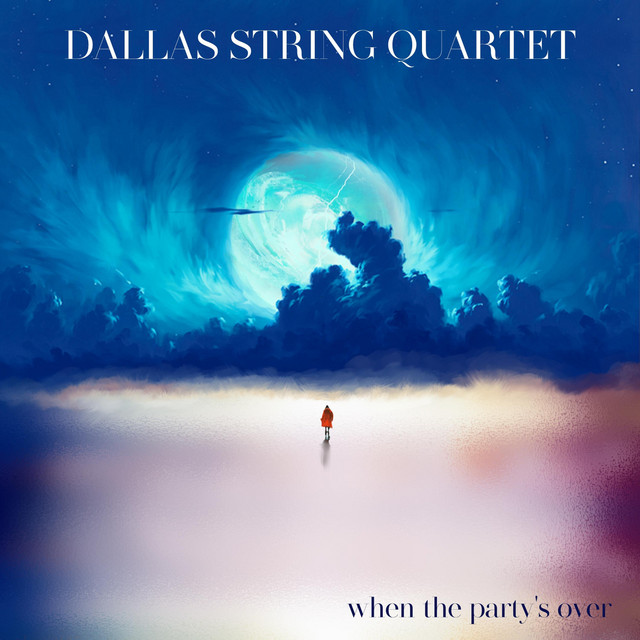 “When The Party’s Over” from Dallas String Quartet elicits the kind of reaction that swells the heart. Angelic strings and like being a part of a stroll through some sort of secret garden, it’s no wonder Dallas String Quartet were asked to perform at the recent Blake Shelton and Gwen Stefani’s nuptials. If you’re thinking you’re getting Mozart or Bach – you’re in for a wonderful surprise to hear Billie Eilish’s song in a new way. Arranged by Ben Bram (Pentatonix co-creator), “When The Party’s Over” is an array of goose pimple induced moments.

Eilish might have been referring to leaving the drama behind her in her song, that is certainly up for debate. What I found in the Dallas String Quartet version is the kind of track that recollects the story of the Phoenix rising from the sun. From the ashes, from the darkness, a bird arises and flies to the highest skies. Doused in strings, naturally, and plucked from the gold-laced feathers, this song has grinning melodies. It’s near impossible to put this song behind you, or in the background without wanting to be engaged. You embrace the baggage, the damage. It becomes a thing of the past, and when you listen more, the good rises to the top. You are transported to a state of mind that is challenging, but worth it. As calming as it is, there’s also a fierce, strong almost stone-like truth running slowly through the violin strings. It’s like the honesty in a relationship: always pacing, always holding your hand and keeping your head up. That violin lived in my head for days – leaving me to only want to be in its presence. For that truth and that honesty coming from the instrumentation is palpable. The rivalry between the strings becomes one, cohesive being. It’s transformative.

Looking to relax? This well never runs dry. Dallas String Quartet, whose lineup is Ion Zanca, Eleanor Dunbar, Young Heo and Melissa Priller, are completely relatable. This isn’t some foofy or bougie beat, it’s honest and approachable. There is strength in numbers, and this team has their competition in the rear window. I’m sure they wouldn’t look at it as competition, as artists, but they have to be put on a pedestal. They are fantastic. I can’t and won’t stop gushing about this group. Texas can surely boast some of the best, world-class musicians.

There’s also a music video – not quite Kodachrome or nostalgic, rather uplifting and modern. The camera lens always seems to hit the sunlight just right. A prism of light and colors fills the space. Hues of the fall pallet like oranges and reds compliment the violins and cello. Impressive blues and greens are not to be left out – the “When The Party’s Over” music video is conceptually invigorating. This song and video gets me going in the morning, and it’s becoming routine to make it the start of my day. Rather than focus on the ‘over’ this song has taught me to focus on the ‘now’ and the ‘future’.