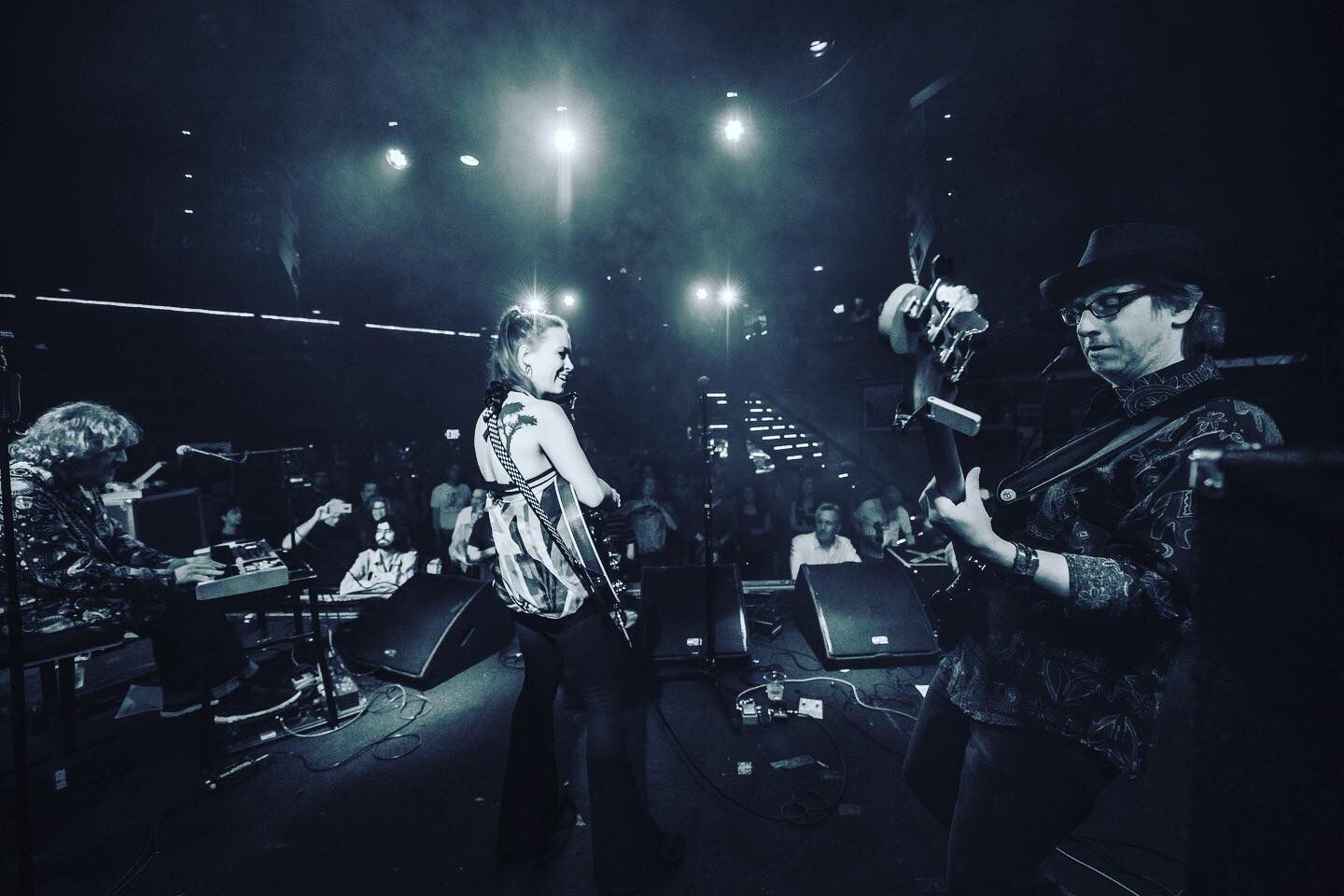 Molly Hanmer and the Midnight Tokers are far from an one trick pony. The first taste from their upcoming second studio album, Get Loose, is a razor-sharp punk rock track titled “Sick of Me”. Hanmer and the rest of the band ask listeners to give them almost two and a half minutes out of their lives to hear Hanmer tell the world about how too much isolation has poisoned her attitude towards herself, bred apathy, and more than a little despair. Co-written with band manager Claudia Miles, “Sick of Me” reunites Hanmer and the Midnight Tokers with engineer of their first album Stuck in a Daydream, Sheldon Gomberg. He serves as producer this time and brings a full-bodied sound to the band that mixes physicality with warmth.

Even the rough and ready guitars never alienate listeners thanks to his work. The band’s two-headed guitar attack sounds like humbucker pickups and overdriven amplifiers but it’s clear from the outset that Hanmer and lead guitarist Mickey Madden know how to play. Hanmer lays down a ferocious groove that she keeps going through the song’s twists and turns and Madden plays off her quite well. His incendiary lead work during the cut’s solo is potent without ever overplaying a single note.  Many rock fans will particularly enjoy the guitar playing near the single’s conclusion.

Drummer Keith Palmer and bass player Alan Hampton are an exemplary and unobtrusive rhythm section. Palmer makes a big impression on the track as he anchors it with near-metronomic timekeeping while still filling the grooves with tangible feel. They don’t supply the song with jaw-dropping patterns or runs, not because they can’t, but because the song doesn’t require that. It requires two players willing to set aside personal glory and serve the song. Palmer and Hampton are ideal for their roles.

The words waste no time and get right to the point. Hanmer may have a co-writer for the song, but its lyrics come across as her thoughts, ideas, and emotions alone. Her nasal voice has remarkable authority at every point during this song and the vocal phrasing she adopts elevates the conversational lyrics into firebrand performed poetry. The human voice, as we all know, is capable of investing even good lyrics such as this with added drama that sends them over the top. Hanmer’s voice works splendidly in that role.

It all comes together in one of the year’s more compelling singles. “Sick of Me” doesn’t go overboard with the self-loathing, thankfully, but it’s still a serious song looking at something many people around the world can undoubtedly relate to in the aftermath of lockdowns and the continuing shadow that the pandemic casts over our world. Molly Hanmer and The Midnight Tokers are making music of and for the moment, yes, but “Sick of Me” has time-tested virtues sure to satisfy nearly any listener. If this is your first go around with Hanmer and the band, make sure it isn’t your last. They are well worth the time.