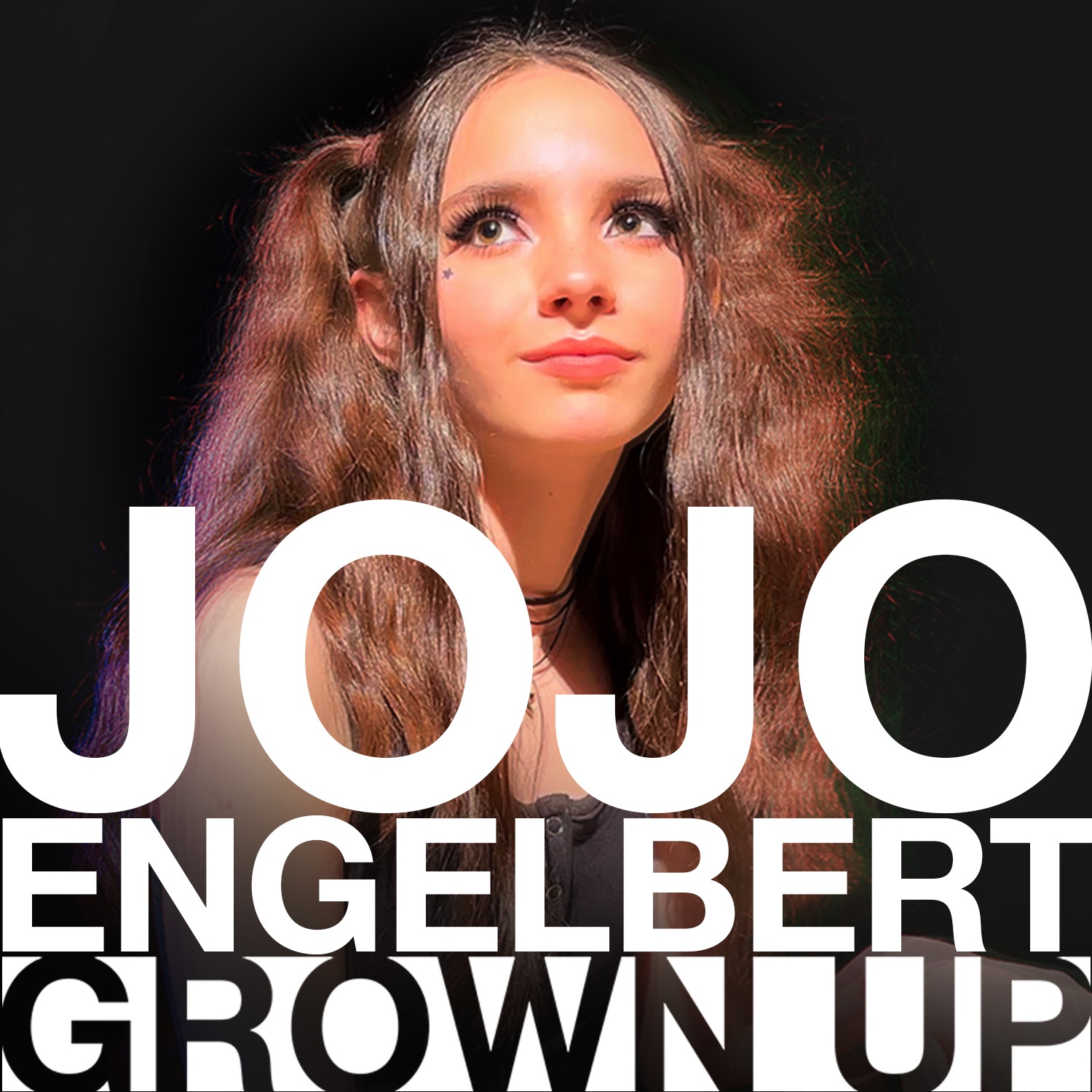 Pop music is being shaped by a young generation ready to take over the industry before they’re even out of high school, and in Jojo Engelbert’s new single “Grown Up,” the talented singer asserts herself as one of the premier players to watch in her scene. A playful pop harmony entertains a dangerously punky rhythm in “Grown Up” that deceptively hides beneath the familiar melodic trappings of a mainstream single; however, listening to this song a little closer and taking in its video reveals the wit and personality of a musician too gifted to be lumped in with the status quo in her genre.

The first thing that had my attention in this track, beyond the vocal of course, was the beat. Engelbert controls the rhythm of the music with her words, but the spunkiness of the drums behind her never trips up her fluidity – it actually gives her delivery a little extra bite. She’s demonstrating an immense gift for connecting with the beat in “Grown Up” that goes outside of the box, given the alternative rock-friendly nature of its design, and if she can repeat the feat in another single, she could be onto a signature formula here.

Engelbert’s harmonies appear to come easy in this track, allowing for even the barebones instrumental backdrop to sound a little more sophisticated and immersive for the audience. There’s not much to the music – guitar, bass, percussion – but there doesn’t need to be anything more when you’ve got someone who can stir up something as warm and inviting as this chorus is. I can’t say whether or not she’ll be this good ten years from now, but judging from her skills just at this young age, there’s plenty of reason to believe that “Grown Up” is just a template for what’s still to come.

I hadn’t been following Jojo Engelbert until just recently, but with the buzz her work is collecting this summer, it’s rather hard to ignore her presence in the underground at the moment. “Grown Up” has a lot of predictable qualities, but that could be its most spellbinding attribute – it takes the simple and predictable and produces something that sounds refreshingly freeing and unbound to any creative limitations. Engelbert has edge and heart, and in this performance, I think we’re getting the best of both elements and even a hint at what she could do if left to continue down the path to stardom.

Book Riot’s Deals of the Day for October 21, 2021
Let’s Debate: Who Is Worse, You’s Joe or Love?
Toro y Moi Signs to Dead Oceans, Readies New Album for 2022
Inside the Winning Love Story of Judge Judy and Husband Jerry Sheindlin
Why Halloween Kills’ Judy Greer Wanted Audiences To Be ‘Upset’ By The Ending