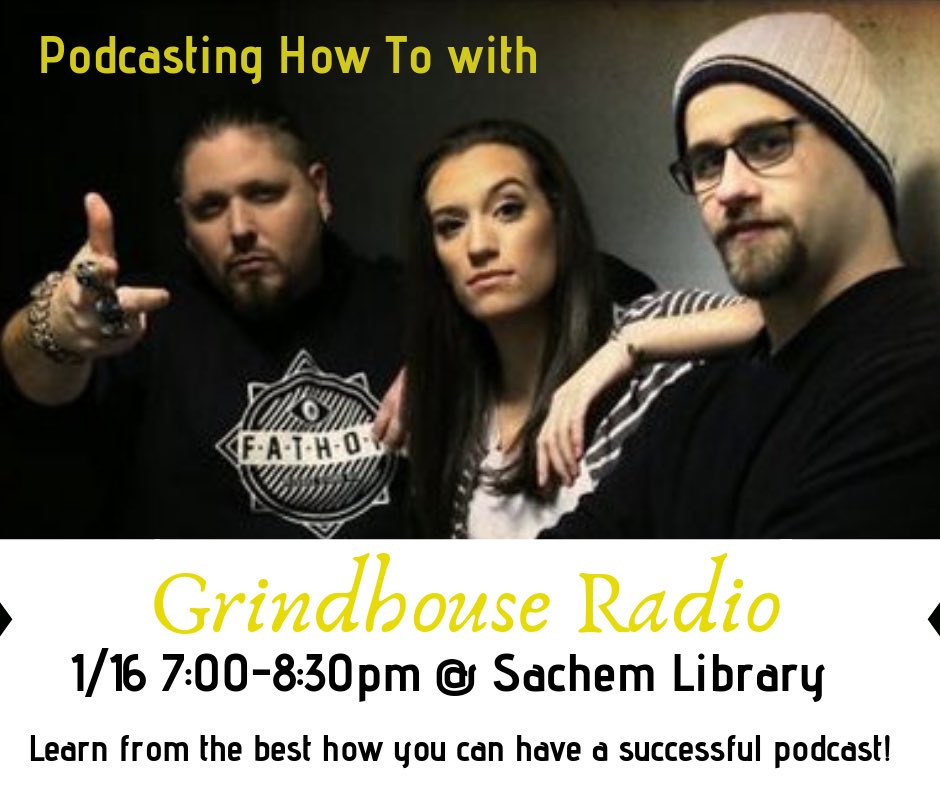 Albeit GHR is internationally syndicated – the show and its cast also have a tremendous local appeal with between 620k –650k listeners respectively in the Long Island, New York market where they reside. They were nominated and voted the 2017, 2018, 2019 & 2020 Best Radio Station on Long Island over all the leading competition including terrestrial radio for four consecutive years. In 2019 GHR was nominated and voted winners in three categories… Best Radio Station on Long Island, as well as GHR’s Brimstone winning Best Twitter account from Long Island and Best Long Island Personality over Billy Joel, Jerry Seinfeld and Alec Baldwin for the 2nd consecutive year. It should also be noted that GHR’s Kim Adragna was nominated for the Personality Award. Furthermore, GHR was announced as a 2018 SCORE American Small Business Awards Champion and National Grand Champion – prompting a Certificate of Recognition from NY Mayor DeBlasio. The Grindhouse Radio was awarded the 2020 New York State Senate Empire Business Award in recognition of their repeated contributions to the community and New York State followed by a 2021 Platinum Communitas Award for Excellence in Corporate Responsibility | Making a Difference and Brimstone awarded for Excellence in Community Service | Leadership in Individual Community Service.

In 2021, GHR was awarded a Gold AVA Digital Award for Audio Production / Radio Podcast and a Gold Award of Excellence | Individual Episodes, Entertainment Podcast for the 27th Annual Communicator Awards. On social media, GHR branded GIFs have been used over 900 million times via their official Giphy account. Notably, Adragna has been named a recipient of the Long Island Business News’, 30 Under 30 Award 2019 and Grindhouse Radio was a major topic of discussion at the European Planetary Science Congress 2018 – officially making them a citable source for scientific and collegiate papers.

GHR is essentially a show that is designed to appeal to everyone, from a group of not-so “normal” people. Carefully crafted into a TWO HOUR talk radio show, the Grindhouse cast offers listeners their weekly pop culture fix of current news & events, comics, music, gadgets, gaming, sports and movies seamlessly blended in to a precise format. A no holds barred, madhouse of mythological proportions, GHR aims to be the public’s weekly fix for pop-culture, nerdisms and all around oddball topics that relate to media and celebrity.

About Kim Adragna:
Kim Adragna is an actress, model, voice-over actor, writer, producer, and brand influencer. Visit her landing page on the GHR Website at https://www.thegrindhouseradio.com/kim-adragna for full Bio.

With the nightmare clown-car fire that was 2020 nearly firmly in the rearview mirror, I won’t lie, socializing and interacting with people has been a little tough. I’m not the only one echoing that sentiment. Tensions are still somewhat high, and we’ve all undergone a year of a lack of major human contact. Communication is tricky, and we’re all relearning comfort and how to speak to others. It’s tense and we all want a nice blend of comfort but also the kind of socialization we can remember that brought us so much joy. One of the best listening experiences that’s delivered all those feelings and more is all thanks to fantastic folks over at The Grindhouse Radio.

GHR has been cranking out countless episodes since 2015 and bulldozing awards ceremonies left and right. It’s a pop culture podcast that covers a variety of current events, politics, video games, movies, and more. Each episode dedicates a certain amount of time to each subject, but the way the group weaves in and out of topics is exciting and at the very least, never boring. One of the best aspects is the way the cast consisting of multitalented Brimstone, Kim Adragna, and Tom Greer, and the ways that they effortlessly interact with each other. The dynamics between the three are pretty rock solid and even after listening to one episode, you not only understand why this trio makes fantastic co-hosts but are also tightly knit friends.

They’re snarky and crass, sometimes goofy, but they wear their hearts on their sleeves and there’s a real warmth being able to listen to a group of people who you know, truly love each other. They’re based out of New York, and specifically, have a pretty big following in Long Island, and if you know anything about Long Island and their sense of humor, you know what you’re getting into. If you’re not dialed into that sense of humor, I can see some more of the ahem, “stuffy” crowd being a little put-off. For me, I absolutely loved hearing them bounce back and forth and switch from picking on one another in ways, to also showing their genuine love for one another and the show at large. You don’t do something since 2015 without absolutely being in love with it, and the passion irradiates in every episode.

Topics are eclectic, but the guest list is just wild. DMC, Kel Mitchell (Remember Good Burger?), Phil Lamarr (Samurai Jack stans, rise up), to name a few with an insane back catalog that you could easily get lost in. One of the other highlights thanks the amount of time they’ve been doing this is that once you’re addicted to their antics (and you will be, trust me) there are so many episodes to sift through, you’ll never get bored and find something new to appreciate. These guys have a certificate from NY Mayor DeBlasio, they know what they’re doing. Despite having millions of listeners, they still feel like the underdogs, and I’m rooting for them, and so should you.

Why Celebs Like Kate Hudson and Katherine Schwarzenegger Love Allbirds
Drake Joins Smiley on New Song “Over the Top”: Listen
Amelia Hamlin Shares Her Essentials for Flawless Summer Skin
Listen to Westside Gunn and DJ Premier’s New Song “The Narcissist”
15 Most Iconic Phrases From How I Met Your Mother | ScreenRant