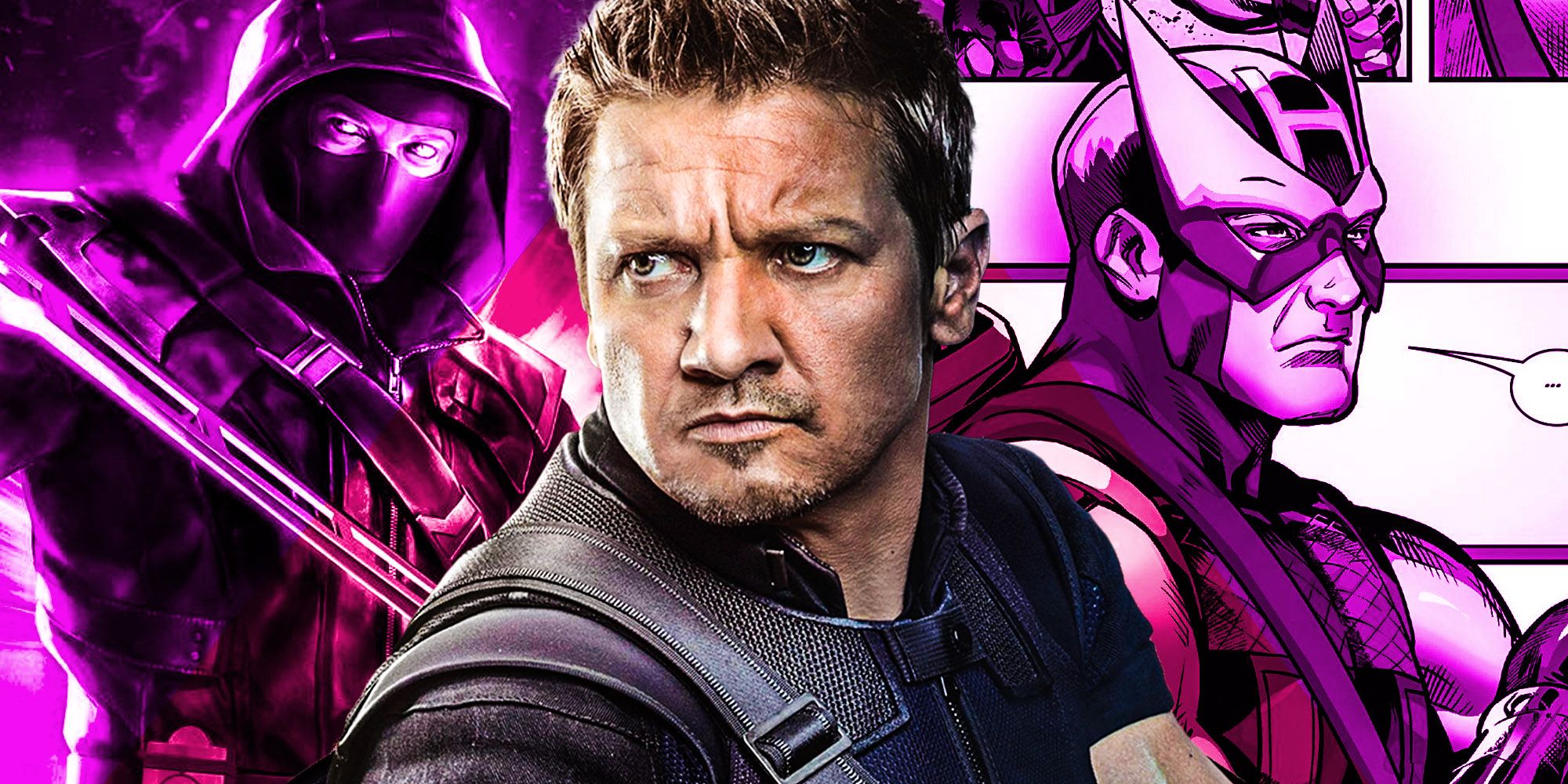 While Clint Barton has been part of the MCU as Hawkeye in the first three Phases, the archer is finally getting a comic accurate costume for his own show (also called Hawkeye), which makes more sense after the events of Avengers: Endgame. Since his brief appearance in Thor, Hawkeye went on to become one of the original Avengers and has been a core MCU player ever since. While the Marvel archer was mostly a supporting player, Disney+ is finally giving Clint his own series that will put Jeremey Renner’s character in the spotlight. But the Marvel Studios original is also adding Hailee Steinfeld, who will bring Kate Bishop to life in the series. As the show will draw more inspiration from Hawkeye’s comics, Clint is finally going to don a more traditional costume. Despite having existed in the MCU for over a decade, it only makes sense now for Hawkeye to shift into a superhero uniform.

When we first meet Clint, he is a S.H.I.E.L.D. operative, making him more of an agent rather than a superhero. That’s why his outfits were more streamlined, rather than having a hero look. After the events of Avengers: Infinity War, Clint ditched the Hawkeye identity to became Ronin, a far more violent vigilante, leading him to make more enemies globally than ever. That’s why his new look in Hawkeye is a way for Clint to start building a secret identity, something he didn’t really have in the other films. While the set photos haven’t revealed if Hawkeye is concealing his identity with a mask, it might benefit the archer to add that to his disguise. The H-shaped cowl will always be a huge debate whether or not it would visually work in live-action. But nevertheless, a mask of any form will be necessary for Hawkeye, post-Avengers: Endgame.

Hawkeye is a new chapter for Clint in multiple ways, including taking Kate under his wing before passing on the mantle to her. Clint has never had to worry about his identity, mostly because he had retired before the events of Captain America: Civil War. But after Avengers: Infinity War and Avengers: Endgame, especially after the war against Thanos, Clint has a bigger need for an alter ego. Ronin was a dark phase, and, while that phase is now over, Clint shifting over into a more traditional Hawkeye costume helps symbolize him going back to a better life, but in a new capacity.

Clint donning a more comic-accurate costume is also fitting due to the direction of the Disney+ shows. Since WandaVision, the MCU is finally letting several characters wear their proper suits. Whether it be Wanda getting her Scarlet Witch costume or Sam Wilson’s Captain America costume coming to life from the comics in The Falcon and The Winter Soldier, the MCU is leaning into the superhero look. Since Clint has been around in the MCU longer than either of them, it only makes sense to bring his Hawkeye’s purple, comic-accurate suit from page to screen in Hawkeye.

Even though it’s not clear currently if Hawkeye will incorporate the cowl, it wouldn’t be a surprise if they did adapt it somehow. If WandaVision was able to adapt Scarlet Witch’s crown, then there is no reason why the H-shaped cowl couldn’t have a similar approach. It wouldn’t come as a big shock if somehow the Hawkeye finale is where they have Clint disguise himself with some form of mask. So far, the finales for the Marvel Disney+ shows is when the biggest surprises usually happen, which could be what Hawkeye does too, to complete Clint Barton’s comic accurate uniform.

Andy has covered the world of entertainment journalism since 2010, mostly superheroes and comic book media. In addition to his work as a reporter, Andy co-hosts The Flash Podcast, Titans Podcast while running the entire DC TV Podcasts network. He is also the founder/editor-in-chief of The Marvel Report since Fall 2015.

Katy Perry Clearly Isn’t Impressed by Orlando Bloom’s Mother’s Day Tribute to Her
Alleged neo-Nazi charged with 12 terror offences ‘wanted to start race war’
Captain America: Civil War – 7 Characters Who Picked The Right Side (& 7 Who Should’ve Been On The Other Side)
“Open Sesame Vol.1, Her Dress” by Instabul-based musician Barista
A. G. Cook and Charli XCX Share New “Xcxoplex” Remix: Watch the Video