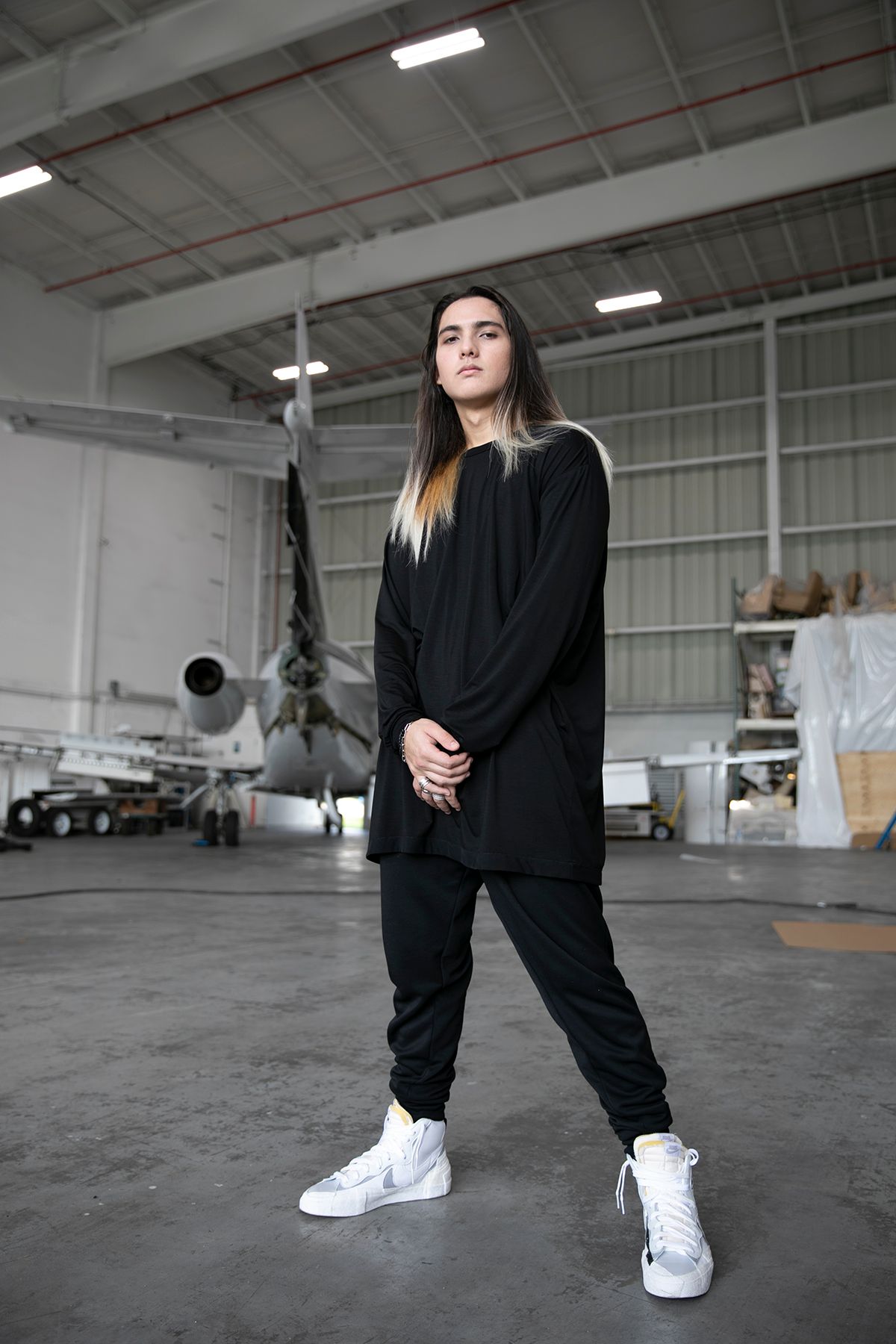 Initially skulking about in a haze of minimalistic textures, it doesn’t take very long for DICI’s “4door” to come out swinging harder than most record-starting tracks do in his self-titled debut. Much like the majority of the material that will follow, “4door” sets itself up as being a beat-oriented competition that just so happens to feature a fiercely gifted rapper in DICI along for the ride. He never tries to guide the rhythm, nor set the pace through the poetic verses tethered to the start and finish of every groove – he’s letting the music direct him (and subsequently us) freely, making all five of the included performances on this disc sound both improvisational and remarkably focused. In essence, whoever said making a truly exciting debut EP in hip-hop didn’t see this young man coming.

The second song on the record, “Vector,” isn’t quite the juggernaut that “4door” is, but its rhythm is still quite an enticing component to wrap your head around. Nothing here is overcomplicated by ridiculous tempos or linguistic virtuosities only accomplishable with the help of Pro Tools; from “Vector” to the slow-rocking “305-INTERLUDE,” the gloves are off for DICI – and he rises to the occasion flawlessly. “305-INTERLUDE” has a bit of the XXX/Trippie/Juice combo in its structure that other artists have tried to make their own, but in this setting it sounds almost like a tribute rather than an attempt to ride on someone else’s gravy train. That’s half the battle in his game, and this player knows it.

“Bar for Bar” requires a lot out of DICI as a rapper, as it’s by far the most detailed composition on the record, but he doesn’t sound overwhelmed by the task before him at all. The bass element has a bigger role in this song than it does in any other track here, and I like that it follows the same minimalist-style aesthetic while still stealthily taking center stage. Multidimensionality is where it’s at in every genre of music, but when it comes to something like hip-hop, it’s required just to get your foot in the door of the mainstream market. With “Bar for Bar,” this artist makes it known that he isn’t just multilayered; he’s a versatile musician capable of continuously evolving, even in the course of a 13-minute extended play.

The last nugget on DICI, a bonus track titled “Shibuya,” throws a little pop polish our way and hammers home what could be the best hook of the record, only to disappear into the darkness as quickly as it pierced the silence. Devoid of bloated cover blunders or electronically-stitched melodic fabric of the cheapest and most predictable variety, DICI’s debut is a very colorful and surprisingly vulnerable look into who he is as an artist, and if he’s able to take even a fraction of the presence he has in its five songs and bring it onto the live stage with him in the future, I believe calling him the full-package won’t be too grand a gesture at all.

11 Songs You Should Listen to Now: This Week’s Pitchfork Selects Playlist
‘Summer House’ stars Kyle Cooke and Amanda Batula share honeymoon photo album
Scream in Your Hands: How To Evolve the Serial Killer Subgenre In Video Games
Buffy fans are ‘separating the art from the artist’ as Joss Whedon denies on-set abuse
Emily Simpson Slams Noella Bergener As Contradictory And Not Credible For Claims That Heather Dubrow “Slammed People Into Walls”