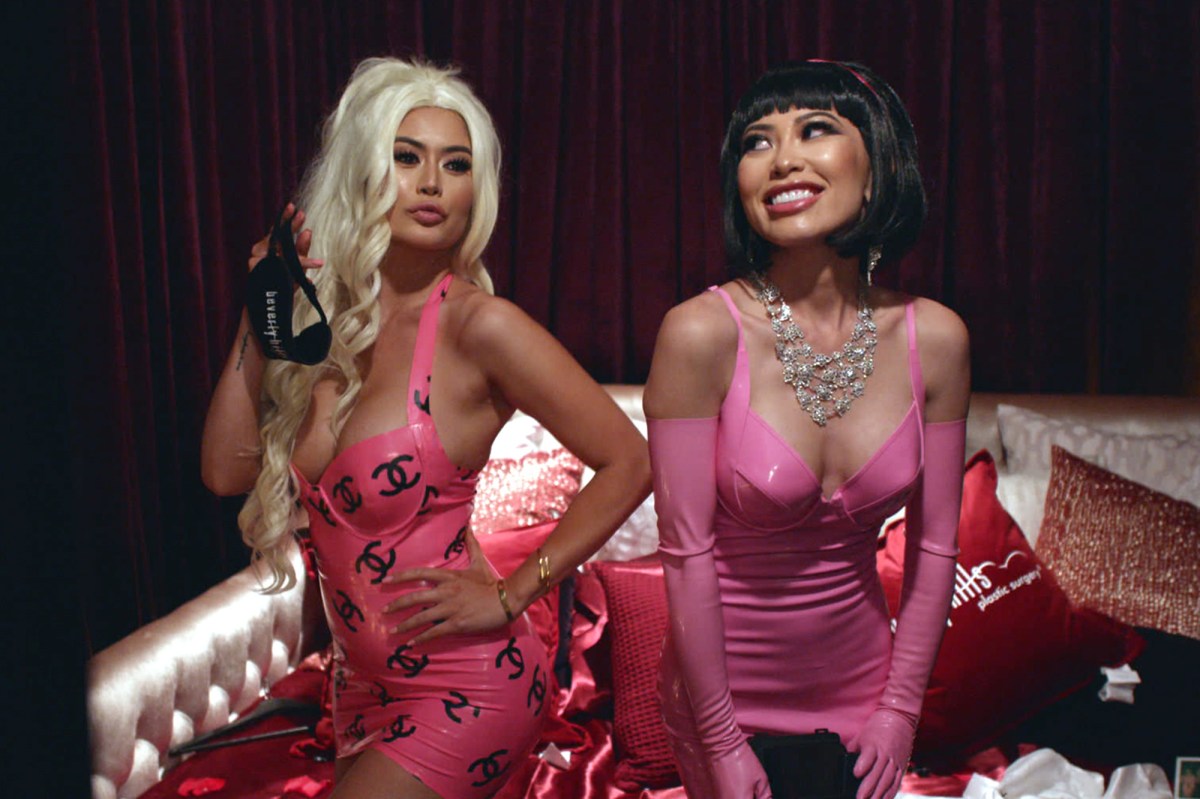 “Bling Empire” is the latest reality TV sensation — and it has generated buzz about its stars’ pocketbooks.

The Netflix series, which came out mid-January and is now streaming, is essentially a real-life version of the best-selling book (and movie starring Henry Golding) “Crazy Rich Asians.” Hailing from “Keeping Up With the Kardashians” producer Jeff Jenkins, “Bling Empire” follows a group of uber-rich friends in Los Angeles who are all Asian.

Here’s your guide to the “crazy rich” cast — and just where their wealth comes from.

The hairstylist, 39, who grew up in Oklahoma and has a Chinese father and a Vietnamese mother, reportedly has a net worth of just over $2 million — which is low compared to his “Bling” castmates. The bulk of his fortune comes from revenue he’s drawn in from his YouTube channel and from his hair product line called Mydentity.

The model, 37, who was adopted from Korea by a white family in Pennsylvania, reportedly has a net worth of $19 million — although Kreider himself later denied that to Eonline.com, and declined to share his real net worth. Regardless, his wealth comes from various gigs in the often-lucrative wellness industry. He’s been a personal fitness coach, he’s the CEO of Taejin Entertainment LLC, and he’s a motivational speaker for Beyond Muscle.

Born to Singaporean billionaires, Lim, 30 got his fortune from a mix of family money and his own entrepreneurial pursuits. His exact net worth is reportedly around $20 million. His parents’ business is a mix of real estate, including malls and commercial buildings in Thailand and Singapore, as well as shipping. Meanwhile, his own business is in real estate investment and fashion brand development for Leighton&Kane. His shoe collection is reportedly worth $300,000, according to Women’s Wear Daily.

Chiu, 38, is the wife of celeb plastic surgeon Dr. Gabriel Chiu. Of Taiwanese descent, her net worth, combined with her husband, is reportedly in the neighborhood of $50 million, and she’ll regularly shell out $100,000 for a dress. She and her husband are the founders of Beverly Hills Plastic Surgery and the Anti-Aging Institute of Regenerative Medicine in Beverly Hills. They also rub elbows with the British royal family. In 2019,  they opened a foundation with Prince Charles (the Prince’s Foundation Chiu Integrated Health Programme in Cumnock, Scotland). On the show, she has said that if dynasties were still given weight in China, her husband would be the son of the emperor.

Mi Li, 35, is of Chinese descent and is reportedly a self-made millionaire worth $5 million. She started as a managing partner at talent management company East West Artists, founded Organic Media Group, and is an investor in startups such as popular petition site Change.org. She’s also moved into TV production and is one of the producers of “Bling Empire.”

Lee, 31, who’s half of DJ duo KimKat, is of French-Vietnamese descent and reportedly has a net worth of $10 million. Her money comes from a variety of high-profile gigs she’s had. She’s been a model featured in the likes of Vanity Fair and Maxim, and has appeared in music videos for Kanye West and the Far East Movement. As a DJ, she did a residency in Las Vegas, and she’s appeared in “Entourage” and “The Hangover Part II.”

Shay, 60, is half-Japanese, half-Russian and lives in a $16 million mansion in Beverly Hills that might be haunted. Where’d she get the money? She was born into it. Her exact net worth is unknown but she’s the daughter of Japanese pearl exporter Ai-San Say and American defense company founder Edward Shay. When she and her brother sold their late father’s company (Pacific Architects and Engineers) in 2006, it went for $1.2 billion, according to Newsweek.

Xie, 23, is the daughter of a cybersecurity entrepreneur and the founder of Fortinet. The fashion influencer and former equestrian champion is reportedly worth $50 million while the wealth of her her father, Ken Xie, is reportedly estimated to be in the neighborhood of $3.9 billion.