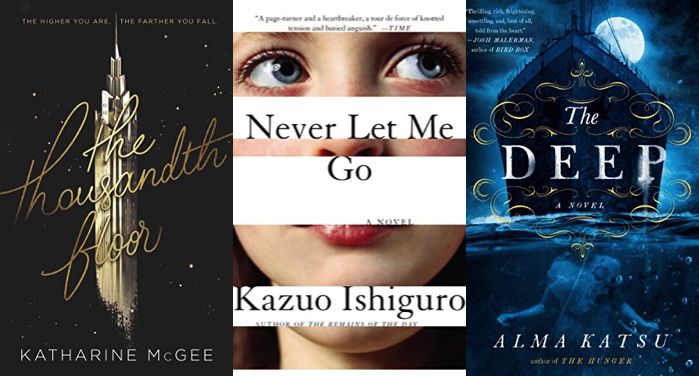 In case you missed yesterday’s most popular deals

The Queen of the Tearling by Erika Johansen for $1.99

The Round House by Louise Erdrich for $2.99

The Sorcerer of the Wildeeps by Kai Ashante Wilson for $2.99

Beautiful Creatures by Kami Garcia for $1.99

Wandering in Strange Lands by Morgan Jerkins for $2.99

The Psychology of Time Travel by Kate Mascarenhas for $1.99

The Immortalists by Chloe Brown for $1.99

The Black Tides of Heaven by Neon Yang for $2.99

Gods of Jade and Shadow by Silvia Moreno-Garcia by $4.99

The Traitor Baru Cormorant by Seth Dickinson for $2.99

Magpie Murders by Anthony Horowitz for $3.99

The Star Touched Queen by Roshani Chokshi for $2.99

The Sympathizer by Viet Thanh Nguyen for $1.99

Homo Deus: A Brief History of Tomorrow by Yuval Noah Harari for $3.99

All the Light We Cannot See by Anthony Doerr for $2.99

The Tattoist of Auschwitz by Heather Morris for $2.99

Intimations by Zadie Smith for $4.99

Know My Name by Chanell Miller for $4.99

The Eyre Affair: A Thursday Next Novel by Jasper Fforde for $1.99

And Sometimes I Wonder About You by Walter Mosley for $1.99

On a Red Station, Drifting by Aliette de Bodard for $2.99

Give Your Hair An Upgrade with Ava Phillippe’s New Hally Collab
All the Leads That Proved to Be Letdowns in the Natalee Holloway Case
The Handmaid’s Tale Gets a Season 4 Trailer and Premiere Date
Why Brandy’s Cinderella Holds Up Better Than Recent Disney Musical Remakes
Summer House Recap: Hamptons, We Have A (Trash) Problem