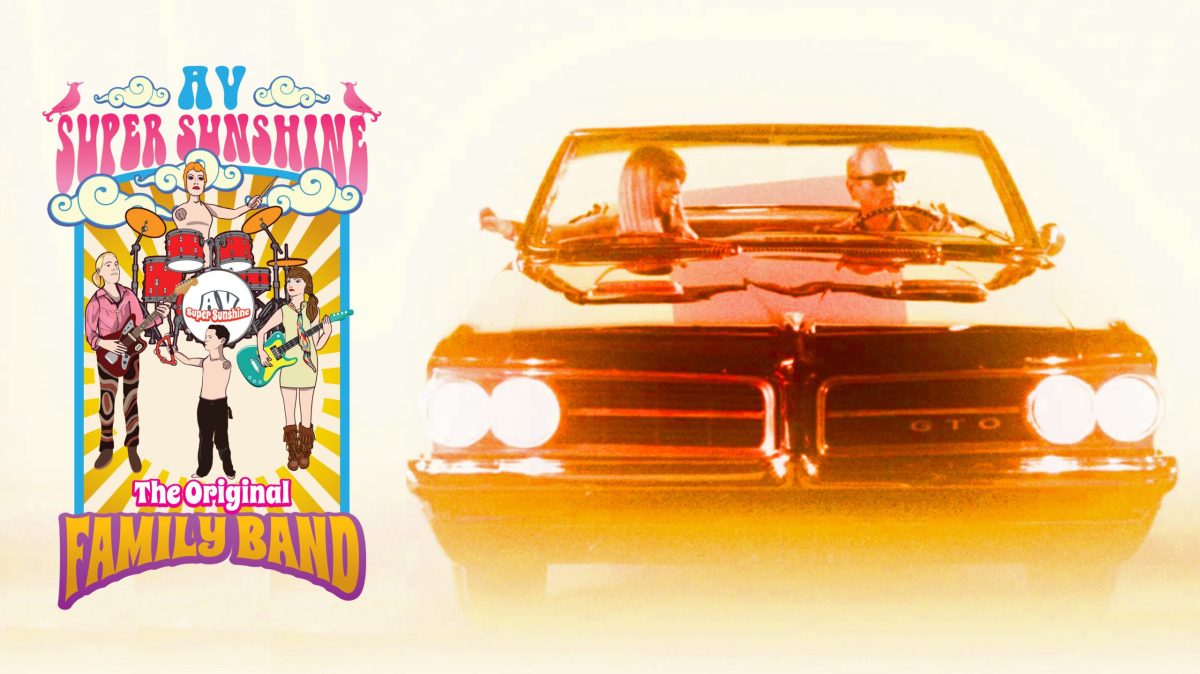 AV Super Sunshine’s brand new single, “Super Cool” has come upon us like a locomotive on cruise control. It’s ironic, because AV Super Sunshine isn’t exactly known for doing things at half speed, but this is his opus to smooth. The Airesque “Super Cool” is probably how some expect it to sound. It’s sleek, relatively well produced, and atmospheric. AV wants you to feel cool, listening to this song, and there’s a good chance, you will.

“Super Cool” has a kind of slinky groove to it. It commences and concludes with the same tempo. There are no crescendos or compositional twists. Instead, it focuses on being consistent, and embodying its concept. It doesn’t necessarily leave you wanting more, but you won’t object to hearing it, again.

The Wisconsin based AV Sunshine, actually channels some contemporary British artists, such as Pulp, on “Super Cool.” It’s his influences that seem to provide the foundation of his eclecticism. AV Sunshine and his colorful, but somewhat aloof persona, makes him a qualified ambassador of cool. Ironically, the inspiration for “Super Cool” was reportedly spurred by a feeling of rejection. In fact, the story behind “Super Cool” might just overshadow the song, itself.

According to AV Sunshine, he was engaging with Lady Gaga, over a variety of social media pages. When the Singer was advised to take down, said pages, AV seemed to take it personally. His retort was to declare himself as “Super Cool,” as something of a protest/defense mechanism. He alludes to his above average height, as the tall kid in the back of the classroom, who was just too hip for the likes of Gaga’s management. Yes, AV Super Sunshine is a unique personality, even for the music industry.

One of the memorable moments of “Super Cool” is the way in which AV sings the word, cool. He spaces out the middle o’s, in a way that’s similar to how the late Adam Schlesinger did on “Stacy’s Mom.” I’m not sure if AV Super Sunshine considers Fountains Of Wayne as an influence, but it’s an interesting tidbit, nonetheless. Speaking of the lyrics to “Super Cool,” they aren’t particularly deep, but they do convey the tone of the song, effectively. He is careful to emphasize certain words, through repetition, which can be a hallmark of an efficient songwriter.

“Super Cool” may or may not go down as one of AV Super Sunshine’s most notable pieces of work. It’s a very direct song, but it also evokes questions regarding social status, self image, and the pressures of fitting in. The word, cool, may not hold any figurative meaning, twenty years from now. Conversely, what it means to be cool, has certainly been redefined, numerous times, throughout generations, but is usually perceived to be a positive trait. If perception is reality, AV Super Sunshine is as cool as the back of the classroom.

The music of AV Super Sunshine has been heard all over the world in partnership with the radio plugging services offered by Musik and Film Radio Promotions Division.  Learn more https://musikandfilm.com

New Jesmyn Ward Novel LET US DESCEND Coming in October
Teen Wolf: The Movie Stars Explain Dylan O’Brien’s Absence
Pamela Anderson Clapped Back When Producers Tried To Get Her To Do The Baywatch Movie ‘For Free’
Amy Robach and T.J. Holmes Pack on the PDA After GMA3 Exit
1000-Lb. Sisters Clip: Tammy Gets Angry During Zoom Therapy