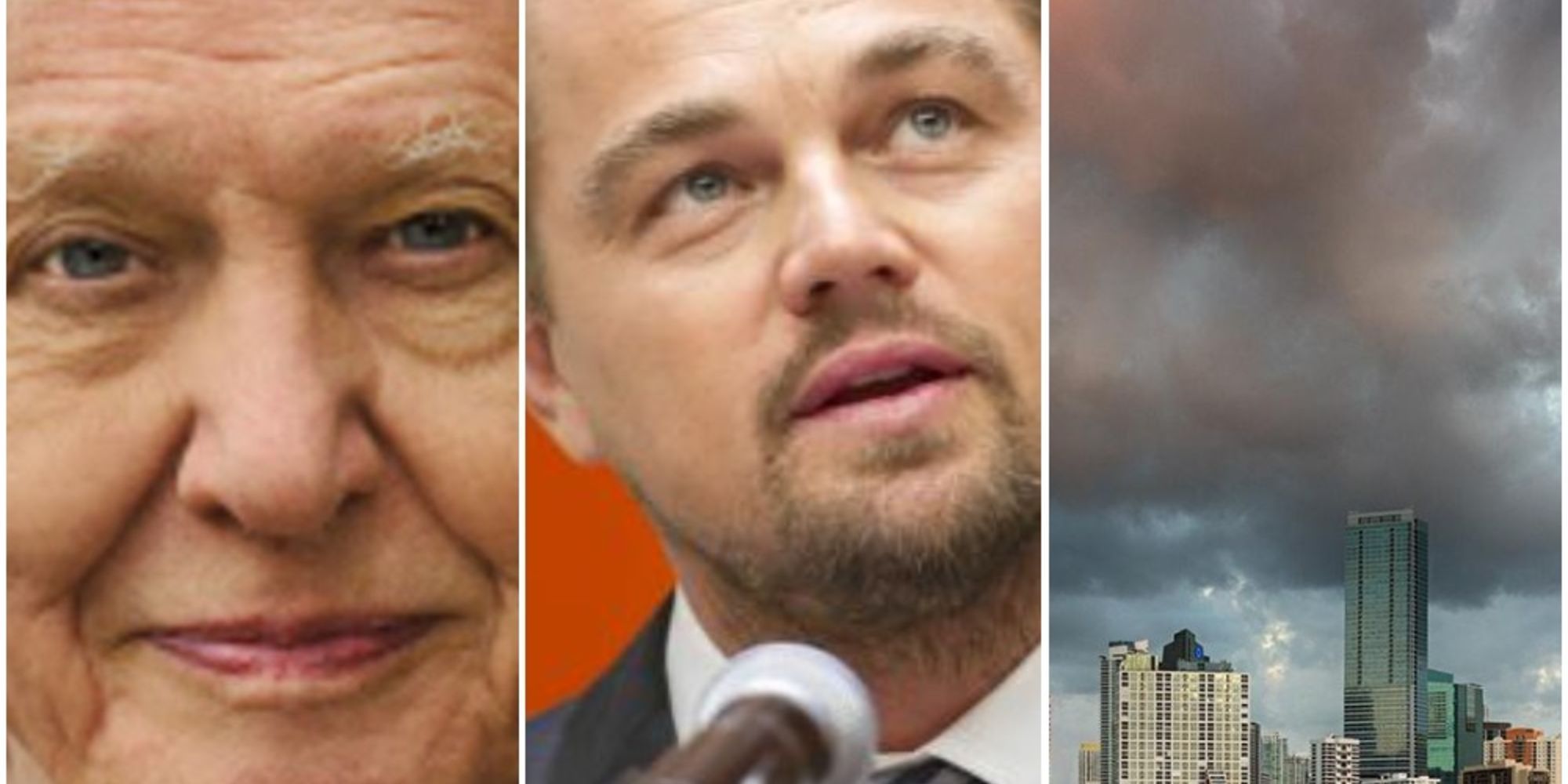 One of the most talked-about documentaries of this year has certainly been A Life On Our Planet by David Attenborough – the living testimonial of a historian who has seen the planet go from thriving to devastated due to human action in less than 100 years. It’s an insightful documentary that has a strong narrative, mixed with excellent footage of the planet. In watching the show, spectators receive a decisive climate emergency warning that forecasts a dramatic worsening scenario if governments, and also the people on an individual level, don’t take drastic measures.

Sir David shares statistics that can be quite brutal to digest and some of the “before” and “after” footage makes it nearly impossible for viewers to stay indifferent. For those who appreciated the ways in which this movie made them re-think their habits and daily contributions that inadvertently damage the environment, there are other some other documentaries they are sure to enjoy.

Another Netflix original, A Plastic Ocean is still available to watch on the streaming platform and it’s a movie that highlights – as the title suggests – how the world’s oceans are brimming with plastic waste produced by humans.

In a terribly shocking way, viewers get to see real images of how the environmental impact of plastic is harming sea animals and future clean access to water, everyone’s most basic necessity to survive.

One of the most outspoken celebrities on this topic and considered a true “climate change advocate” is none other than actor Leonardo DiCaprio. Besides being Earth Alliance‘s co-founder, he has appeared and/or produced several films that sound the alarm on subjects like the rising sea levels and deforestation. DiCaprio’s goal with the film is to spread awareness of this urgent issue to reverse a potentially tragic outcome for the world.

RELATED: The 10 Best Movies Starring Leonardo DiCaprio (According To Metacritic)

In Before The Flood, made in partnership with National Geographic, viewers get a look into what solutions are available to minimize peoples’ impact on the environment, from reducing meat consumption to voting for leaders who will fight for the future.

With a very similar title to A Life On Our Planet, even though it is a docuseries and it has significantly different approaches on its narrative, another remarkable David Attenborough piece is Our Planet. Released just last year on Netflix, spectators get to watch “never-before-seen footage of wildlife and their habitats” while, at the same time, recognizing how the impact of humans is threatening the conservation of thousands of animal species.

One of Attenborough’s biggest warnings in the movie is that “what we do in the next 20 years will determine the future for all life on Earth.” It’s a bold and striking statement that summarizes the importance of taking climate change very seriously.

When it comes to impacting the environment, most people are now aware that their food choices can be more detrimental than any other action they take. And this understanding comes also from watching fascinating documentaries like Food Inc., which helps viewers to comprehend how each person can make more environmentally conscious eating options.

RELATED: The 10 Best Series For Food Lovers & Where To Stream Them

The most dramatic aspect of this movie is probably that its filmmakers are able to prove that most American food is grown by just a few multinational corporations, in a model that is deteriorating the health of people, but also the health of the planet.

There are countless educational TV series and documentaries headed by David Attenborough that explore the many wonders of nature and the natural world. One more is Frozen Planet.

This time, Sir David visits the Arctic and Antarctic in order to explore life and the environment in these regions, giving birth to this captivating docuseries. Highly acclaimed for its incredible cinematography, Frozen Planet also offers one interesting fact to its fans: the narration of the talented actor Alec Baldwin.

5 Fire On The Mountain: The Eruption And Rebirth Of Mount St. Helens

To some extent, and although today climate change is the catalyst for many of these horrific events, natural disasters are a part of an unpredictable organic process based on Earth’s changes and have occurred periodically since the beginning of time. And regardless of how dramatic and devastating they may be, these events are also a source of great fascination.

Fire Mountain: The Eruption And Rebirth Of Mount St. Helens is an intense documentary about the terrifying fury of the worst volcanic disaster in American history, on Mount St. Helens. In addition, it shows spectators how the land in this area recovered and the immense beauty that surrounds the volcano, nearly two decades after the devastating event. This documentary is an Amazon Prime exclusive.

Forget, for a moment, about the world’s current state concerning the environment and how drastic the situation has become. Tomorrow has a different perspective that will cheer viewers up. Finding solutions to climate change challenges is its premise and these are presented in an upbeat and more hopeful fashion.

Viewers get to know about sustainability innovations that are being created and the people behind them – like urban gardeners and renewable energy enthusiasts. There’s a sense of hope and that there are alternative ways of doing things to protect the planet, especially in regards to agriculture, economics and education.

Perhaps one of the most important documentaries of its kind, The Human Element inspires people to reevaluate their relationship with the natural world. By seeing the lives of everyday Americans on the front lines of climate change, it calls attention to how the four elements (earth, water, air and fire) are being influenced by the fifth – called “the human element.”

Extreme weather events and pollution are phenomenons that directly affect millions of people and this movie illustrates some of the severity of this. It’s another reminder to those who think that climate change isn’t really “a thing” or feel like they have no responsibility in this subject because they may not see its immediate impact.

A different suggestion, yet just as fascinating as the previous entries on this list is the visionary Australian documentary, 2040. The movie imagines what the future could look like if societies embrace the best climate solutions available nowadays. Not only does it point out what are the dangers in the next 20 years if changes aren’t made, it also positively talks about how current technology could revert most of the present climate challenges.

Extensive use of renewable energies and creative agricultural systems are explored in this movie in great detail. Viewers also get to hear the opinions of numerous academics, ecological experts and entrepreneurs. One particular topic that stands out in the film is the importance given to the empowerment of women and girls as a societal benefit of this vision of the future.

This is a four-part series that examines how cities are preparing for the threat of climate change. As its title suggests, it is predicted that in the future, there will be sinking cities, and, in fact, there already are. Mostly caused by the Earth’s rising temperature, sea levels are rising and super-storms are happening more and more often.

It is a reflective show that points out that environmental damage is real and how it will have disastrous consequences in the long-term, particularly in major coastal cities around the world.

NEXT: 10 Best Netflix Documentaries Right Now, According To IMDb 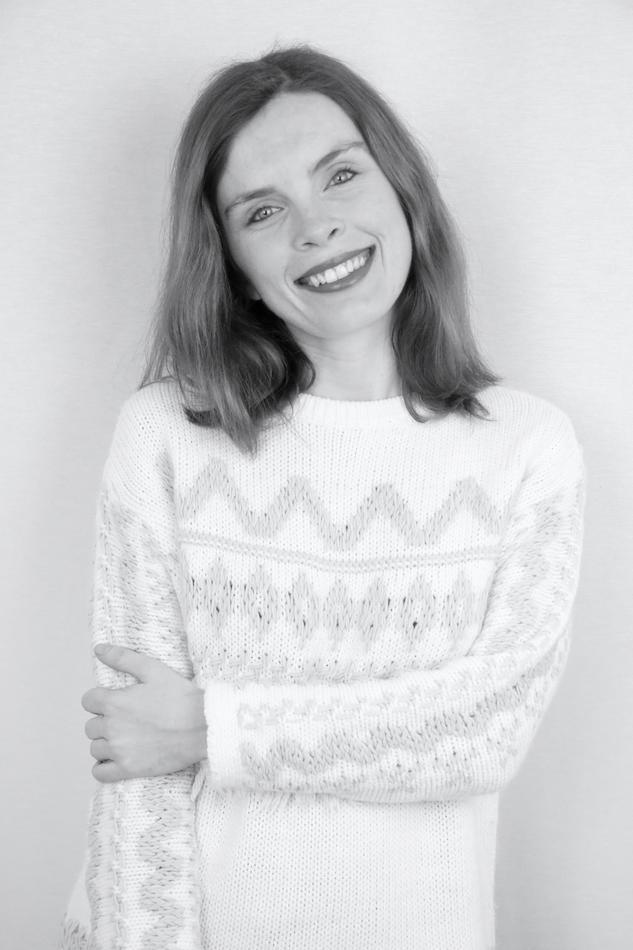 Soraia Ferreira is a self-called Dreamer Virgo Artist. She has always been fascinated with films and stories, especially writing and producing them. Both her creativity and her too “freaky” organizational skills have greatly supported her work as a TV/Digital/Media Content Producer for more than 10 years.

As a highly creative professional, Soraia’s core skills are on producing audiovisual/digital projects, campaigns and social media content strategies both in Portuguese and English languages. Besides, she is very experienced with translating and proofreading all sorts of texts for both languages (press releases, e-mails, presentations, promotional info, display ads, videos and internal/external communication materials). Since 2009, Soraia has been writing, producing and developing all sorts of projects/campaigns/ads/work with clients from several backgrounds in the Media industry. More recently, she has developed a keen interest in Digital Marketing, which led her to expand her professional skills on this area too.

At heart, Soraia is a storyteller that has learned to shape her talent into various platforms and different communication channels (offline and online media).

She believes Art represents a huge spectrum of life’s expressions and exploring its many forms is a continuing process of learning about the world and us individually. So, she likes to think that she is a “dreamer” because she looks for fulfilling her heart’s passions while also being a great “doer” and turning those passions into concrete solid action steps like a disciplined Virgo. So, here it is: a Dreamer Virgo Artist!