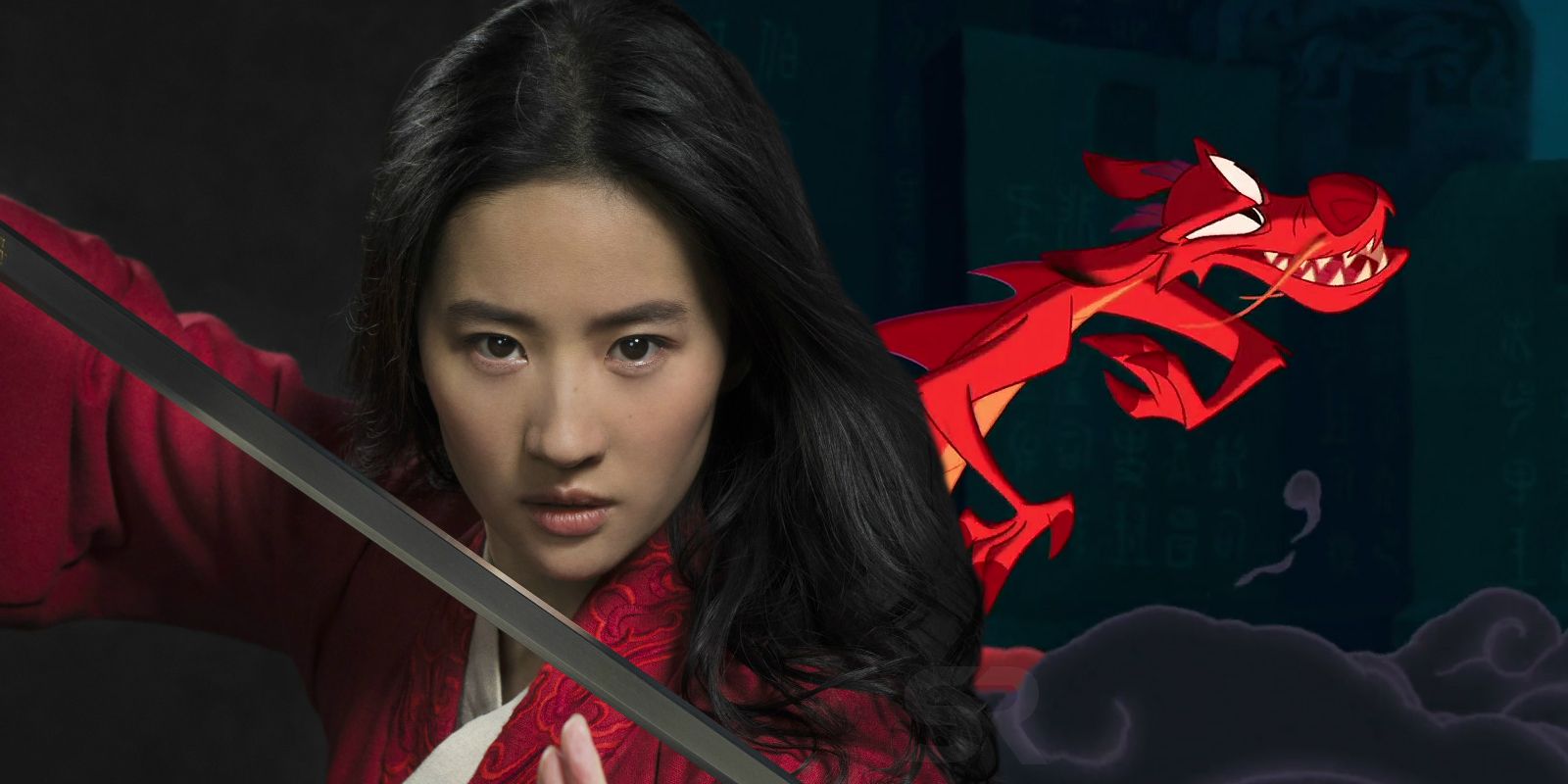 The Mulan Honest Trailer insists Disney’s live-action remake needed Mushu to liven up the film. Disney’s trend of remaking their animated classics into live-action form continues with Mulan, which draws inspiration from both the original Chinese legend and the 1998 classic. Starring Liu Yifei as the titular heroine, Mulan tells the story of a young woman who disguises herself as a man to take her father’s place in the Chinese army. The remake has made noticeable changes from the original film, mainly through eliminating its songs and characters like Mushu and Li Shang.

Mulan debuted on Disney+ two weekends ago and has been released in theaters in select international markets. While Disney likely had high hopes for the film, it has found itself at the center of several controversies in recent weeks. In addition to Yifei’s polarizing political views, Disney came under fire when it became apparent Mulan filmed some of its scenes in the Xinjiang region of China, which is the site of internment camps for Uyghar Muslims. As a result, Mulan‘s long-awaited debut hasn’t exactly gone to plan.

Related: Why Disney’s Mulan Remake Is Facing Calls For A Boycott

Screen Junkies’ Honest Trailers series takes a shot at Mulan this week and sees fit to poke fun at numerous parts of the film, from the changes made from the original to some of the controversies that have popped up. It even draws attention to the new focus on Mulan’s qi, an element that was added to explain her skill in battle that many haven’t taken kindly to. As always, the Honest Trailer is blisteringly honest. Check it out down below.

The removal of Eddie Murphy’s Mushu was one of the most controversial changes among fans, as he ranks among best Disney sidekicks ever. Director Niki Caro insisted Mushu was kept out of the film in order to create a more realistic journey for Mulan, but as magic is still a part of the film, that explanation was met with some skepticism. The Honest Trailer argues Mushu was needed to lighten the mood, as this Mulan is a more serious take on the story.

It also seemed like Mushu was kept out of Mulan to appease Chinese audiences, who didn’t always respond positively to the wise-cracking sidekick. However, Mulan‘s Chinese debut was less than stellar, suggesting audiences still aren’t pleased with the choices made for this film. Indeed, many have been quick to note Mulan‘s beautiful visuals, but there are also a lot of things that have been criticized. Mushu’s disappearance is only the tip of the iceberg, and this Honest Trailer makes that point well.

Age of Calamity’s Multiplayer: How Zelda With Friends Will Work
Related Topics

Rachel LaBonte is a news and features writer for Screen Rant with a deep passion for movies and television. A recent graduate of Emerson College, she majored in Media Arts Production while specializing in screenwriting. She’s been a writer ever since high school when she realized she was rather good at it and joined as many entertainment news clubs as she could while in school. Most notably, she wrote for Emerson’s website Emertainment Monthly, and one of her film reviews won an Evvy (Emerson’s student awards) for Best Review. Her deep love of movies led to her working at a movie theater for five years, which she loved despite the angry customers. An avid reader who constantly buys books before reading the ones she already owns, Rachel is a huge fan of superheroes (especially of the Marvel variety) and wizards and will likely never be able to catch up on all the movies/TV shows she longs to watch.