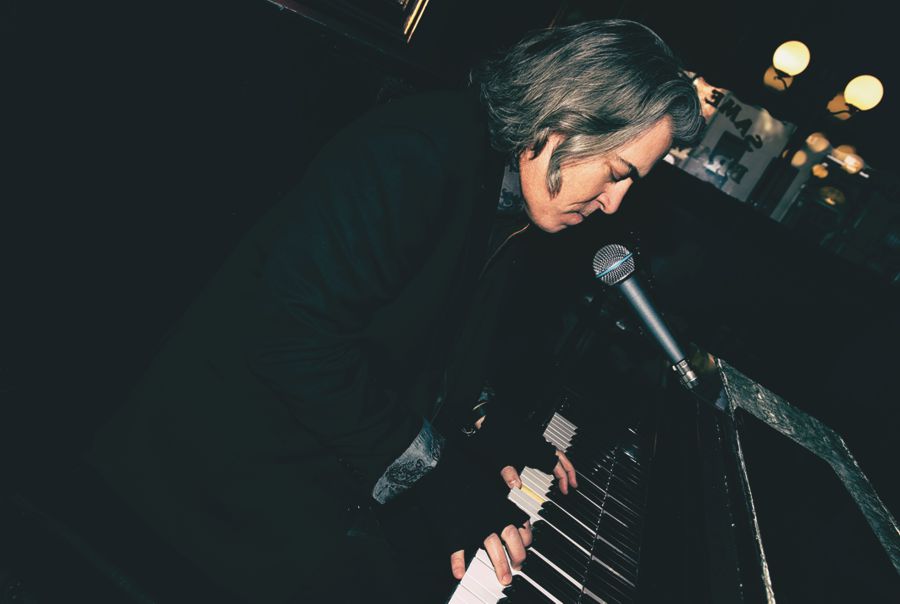 Slinking around like a lonesome soul desperate for someone to share their troubles with, “Friend Gone Astray” brings smoky vocals and urban poeticisms together in a fashion that is indicative of Paul Mark & the Van Dorens exclusively. One of the twelve songs comprising their new album Gravity, “Friend Gone Astray” doesn’t ask a lot out of its audience in exchange for some intellectually-stimulating commentary from an increasingly insightful singer/songwriter in Paul Mark, and much like the other tracks on this LP, it’s devoid of the unfeeling artificialities that have become commonplace in pop music these days. Gravity is a statement of self as much as it’s a collaborative effort, and that’s not exactly an easy balance to strike for any artist, no matter how talented.

I love the juxtaposition of textures in the instrumental “Coronation,” “Heart Full of Soul,” “December at the P.O.” and “Con Man VIP.” Both evocative and versatile enough to be considered multi-interpretive, these tracks rely as much on their sonic presence as they do a melodic backbone in stoking a reaction out of us, and that’s just not the case with most of the music coming across my desk in 2020. There’s an honesty behold in this record that you don’t find everyday anymore, and while it’s primarily centered around Paul Mark, it isn’t coming from any one specific movement within his performance over another. This is pop/rock for grownups, and that alone makes it a rather rare find in the underground market this year.

You can’t go wrong with the flow of the tracklist in Gravity, with tunes like “I Spin When You Grin” bleeding into “The Next Fight” without utilizing the same framework from song to the next. However, even with this being the case, I will say that I don’t think you have to listen to the tracks here in any particular order to pick up on the underlying narrative beneath every cathartic moment Paul Mark & the Van Dorens produce. They’re paying homage to that greasy diner singer/songwriter style some had feared dead forever in Gravity, and though it’s got a lot in common with its predecessors cosmetically, there’s never an instance in this album that feels even remotely watered-down or inauthentic in some way.

If Paul Mark & the Van Dorens can keep their current momentum going into the next decade, they’ll likely find themselves in the same company as a lot of their influences with regards to impacting a new generation of players around the country. This is a fantastic addition to Mark’s discography, and in my opinion one of the most well-rounded offerings he’s ever recorded. It’s been a long odyssey for this crew, but right now, I don’t think there are many artists in or out of their scene that have as fun a new record as they do this June. I’ll be looking for more like it in the future, and after you’ve heard “O T B,” “You Can Take It with You” and “Waiting Round for You” yourself, I think you will as well.