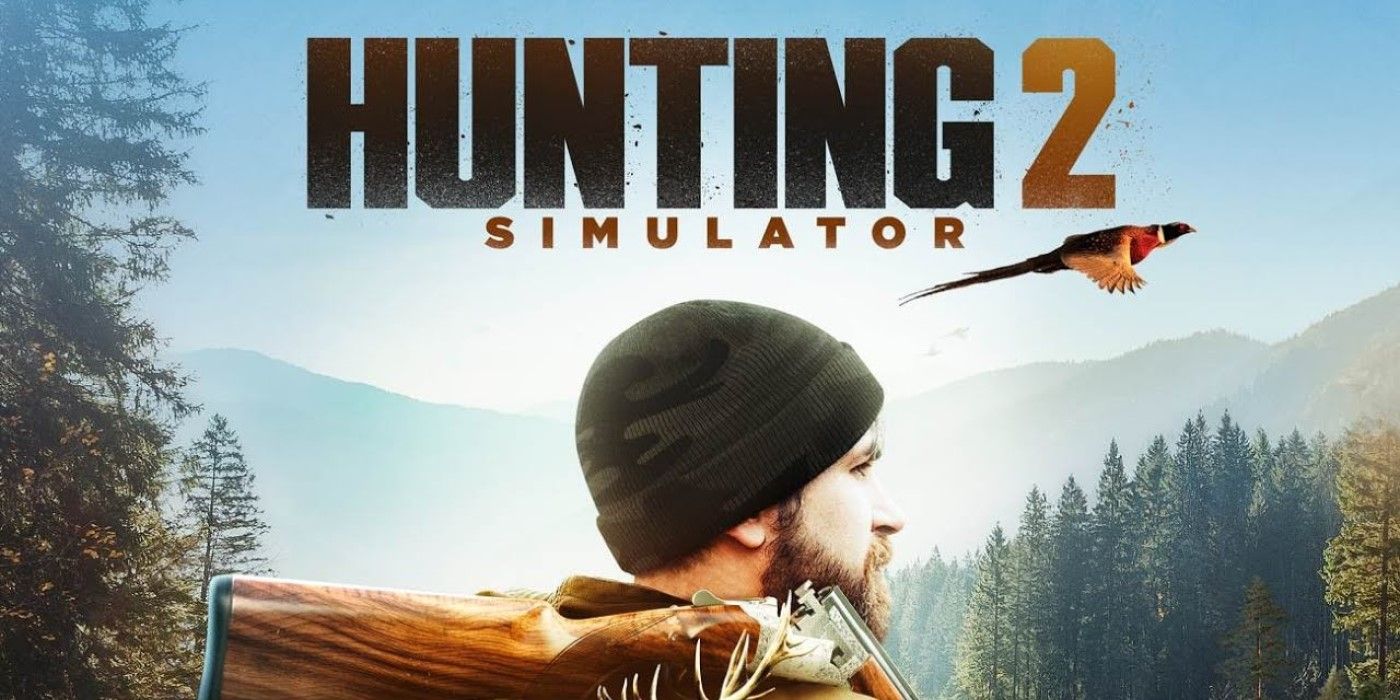 Developer Neopica’s brand new game Hunting Simulator 2 perfectly captures the feeling of hunting in one way: It is boring. The methods of tracking animals works surprisingly well, the shooting mechanics are passable, and the environment is beautiful to look at, but ultimately none of that matters as there isn’t anything fun to do. At the end of the day Hunting Simulator 2 feels more like a walking sim than a hunting video game.

Hunting Simulator 2 opens with a short tutorial that teaches players how to track animals and use the dog companion properly. The dog is one of the more helpful (and adorable) mechanics in the game and is used to sniff out animals and follow their tracks. By praising the dog and using it during hunts, the canine’s abilities improve. Having this dog helps set Hunting Simulator 2 apart from other popular hunting games like theHunter: Call of the Wild.

Players have a wide array of guns and items to choose from in Hunting Simulator 2. There are over 100 different rifles, shotguns, and bows that can all be used to hunt the wide array of animals. There are three different areas that players will be able to explore as well: Colorado, Texas, and Europe. Each of these areas have different kinds of animals to hunt. There are herbivores like deer, moose, and ducks, but players can also track down more dangerous prey like bears and bobcats.

In order to purchase new items and licenses, players must complete hunts and sell the animals they successfully bring down. The system encourages the player to hunt bigger and more dangerous prey which brings higher payouts when sold. Once players have a decent amount of money on hand, they can buy more advanced weapons and invest in items like animal calls and sprays to mask their scent. There are currently no additional areas to unlock or challenges to complete though, so the loop of hunting in order to buy better gear gets repetitive if you’re not sold on the gameplay alone.

In order to go on hunts in Hunting Simulator 2 the proper licenses must be acquired and guns needed to hunt specific animals equipped. Players who bring down a moose without a license or the correct caliber of bullet will be fined just like in real life. This helps immerse players in the hunt and also means that players must strategize on what equipment to bring with them. This becomes even more important as players move on to the other locations and hunt more dangerous kinds of animals.

The core gameplay loop of Hunting Simulator 2 is where it falls apart and the game’s tutorial is misleading on how easy it is to successfully hunt. Once the player finds an animal track and begins looking for it, they should be ready to spend an an hour or more searching. The painfully slow grind is made more annoying since the player can’t move too quickly without spooking nearby animals, so crouching and slowly following tracks is the only reliable strategy.

Players could play Hunting Simulator 2 for several hours and only find a couple animals that they are allowed to shoot but that only applies to hunting land based animals, so birds are much easier to hunt despite bringing their own frustrations too. If a bird is successfully shot out of the air and lands in the water, there is no way to retrieve it without a specific dog companion. Even if it does fall on dry land, finding out where they wound up can be difficult since the game doesn’t mark them.

Its a shame that the player doesn’t get to fire their weapons very often, because using the different kinds of guns and bows can be a lot of fun. Each weapon feels unique with its own strengths and weaknesses. Players won’t have to worry about things like wind speed and bullet drop when shooting, but adjusting for moving targets and bullet speed when firing can make for a fun challenge. Players won’t get many chances to try out their new weapons in the wild though, and will need to visit the in-game shooting range if they want to test out the differences.

Most of the issues present in Hunting Simulator 2 are there because the developers were striving for realism. Realism in video games is nice sometimes, but only if it doesn’t take away from the experience. Those who hunt in the real world may find this game very similar to the experiences they are used to, and may find quite a bit of enjoyment in Hunting Simulator 2. In that regard it may work as a hardcore simulator of hunting, but as a game it fails to remain engaging for more than a few minutes at a time. Hunting Simulator 2 packages up the worst aspects of the hunting experience: waiting and boredom.

Hunting Simulator 2 can be played on PlayStation 4, Xbox One, PC, and Nintendo Switch.

Cody Peterson is an avid reader and writer. Graduated from Midwestern State University with a BA in English where he worked as an editor for the University literary journal. Currently a freelancer for Screenrant, where he writes about video games. When he isn’t writing he usually spends his time playing video games or editing the podcast he runs with his best friend.