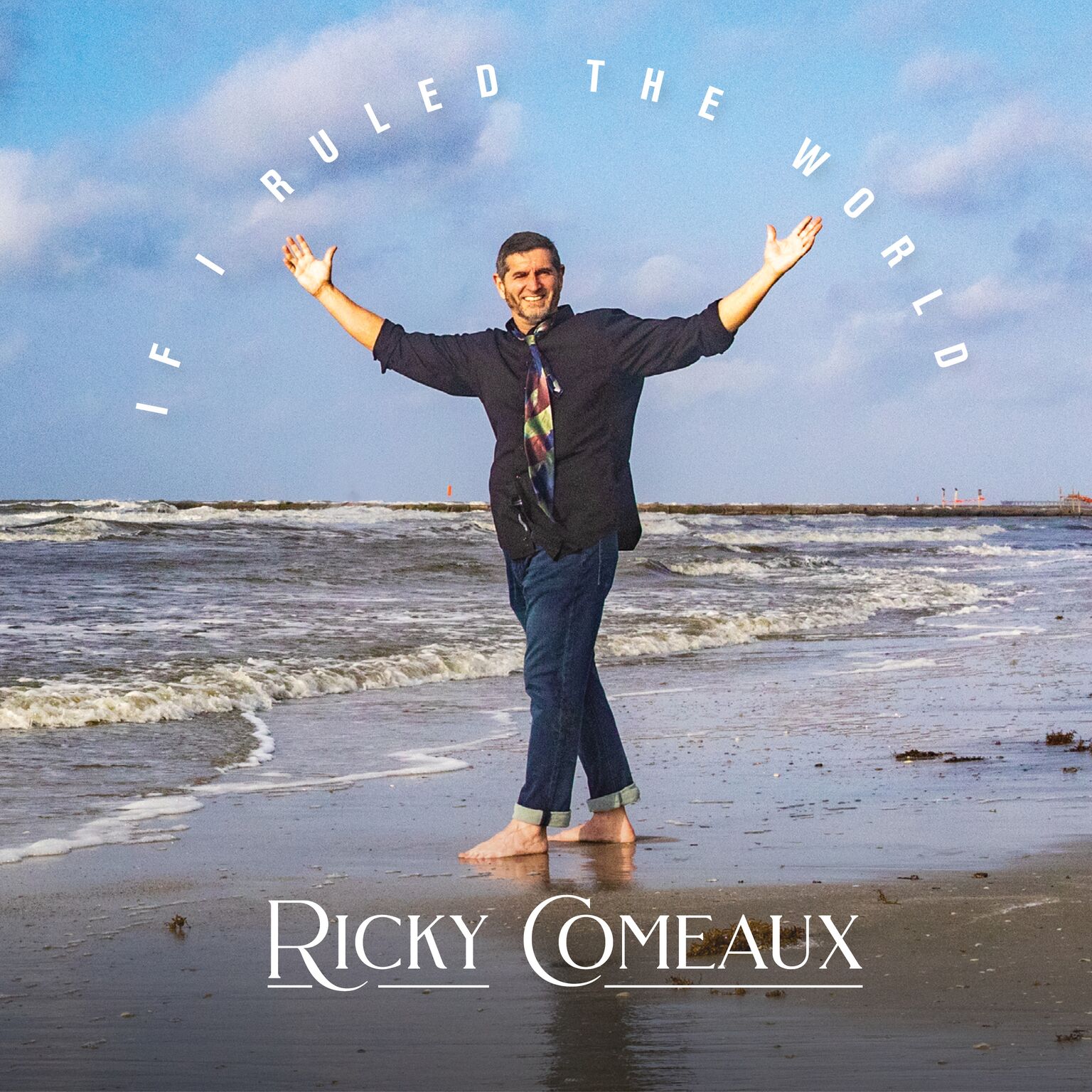 “Theme from Kiss of the Spider Woman” begins Houston based Ricky Comeaux’s first solo album If I Ruled the World and I knew, a minute in, I would likely enjoy the entirety of this eleven song release. Comeaux first came to prominence as one half of the Atwood//Comeaux duo with multi-instrumentalist Jerry Atwood and retains the vocal skills to capture and hold your attention in 2020. He, as the saying goes, has lost nothing off his fastball. The musical arrangement for the opener is excellent, but the real attraction here comes from hearing how Comeaux expertly weaves his way through this theatrical composition without ever sinking into pathos.

Comeaux doesn’t restrict himself in anyway on this release in regards to its material. He continues with a Broadway theme on the album’s second song, a cover of Andrew Lloyd-Webber’s “Tell Me on a Sunday”, the marquee number from a production of the same name. It’s a character piece far different than Lloyd-Webber’s work of the late 1980’s and has a steady musical climb in its intensity many listeners will enjoy. Comeaux’s singing makes great use of its dramatic arcs and he invests the lyrics with considerable feeling.

He joins the ranks of the many artists covering Leonard Cohen’s “Hallelujah” and does the venerable tune a great deal of justice thanks to his top notch vocal and a layered musical arrangement. There’s no use comparing his version of the song to other famed covers of the track, ala Jeff Buckley, because Comeaux succeeds in imbuing his performance with his own personal character. His cover of “I’ve Gotta Be Me”, first made popular by the late Sammy Davis Jr., makes the biggest break with its original of any song included on this release. Comeaux takes the bold step of incorporating near hard rock guitars into the majority of the song and the arrangement takes some surprising twists along the way.

Comeaux reaches way back with his performance of “Carolina in the Morning”, a track first made famous by the great Al Jolson, and the vocal and music alike share jazzy inflections unlike anything else on this release. It’s a hallmark of his versatility how Comeaux moves from the startling rock turn of the aforementioned number into more traditional territory like this and distinguishes the album as a whole. His cover of Bread’s soft rock classic “If” embraces a more orchestral sound than the original, but it shares the same musical inclinations manifested in different form. His sensitive vocal rendition of the track shows immense respect for Bread’s version while, once again, staking out his own place in the song’s history.

The album ends with “Since I Fell For You”, a track brought to fame twice by singers Lenny Welch and Al Jarreau, but Comeaux demonstrates he is every bit their measure as he turns the performance into a heartfelt showcase for his vocal skills. The musical backing is rich and worthwhile as well. If I Ruled the World is an outstanding and varied example of what class vocal talents can accomplish with the right material – Ricky Comeaux is back in a big way and the musical world is better for it.

Jennie Nguyen Denies Talking In A “Black Accent” To Mary Cosby; Slams Mary For Not Changing Her Behavior
Watch the Secrets of Playboy Trailer, Which Addresses the “Dark Sides” of the House that Hef Built
10 Things About Sinnoh Only Die-Hard Pokémon Fans Know
Why This Yellowjackets Finale Death Is “Eating” the Cast Alive
Buffy fans are ‘separating the art from the artist’ as Joss Whedon denies on-set abuse