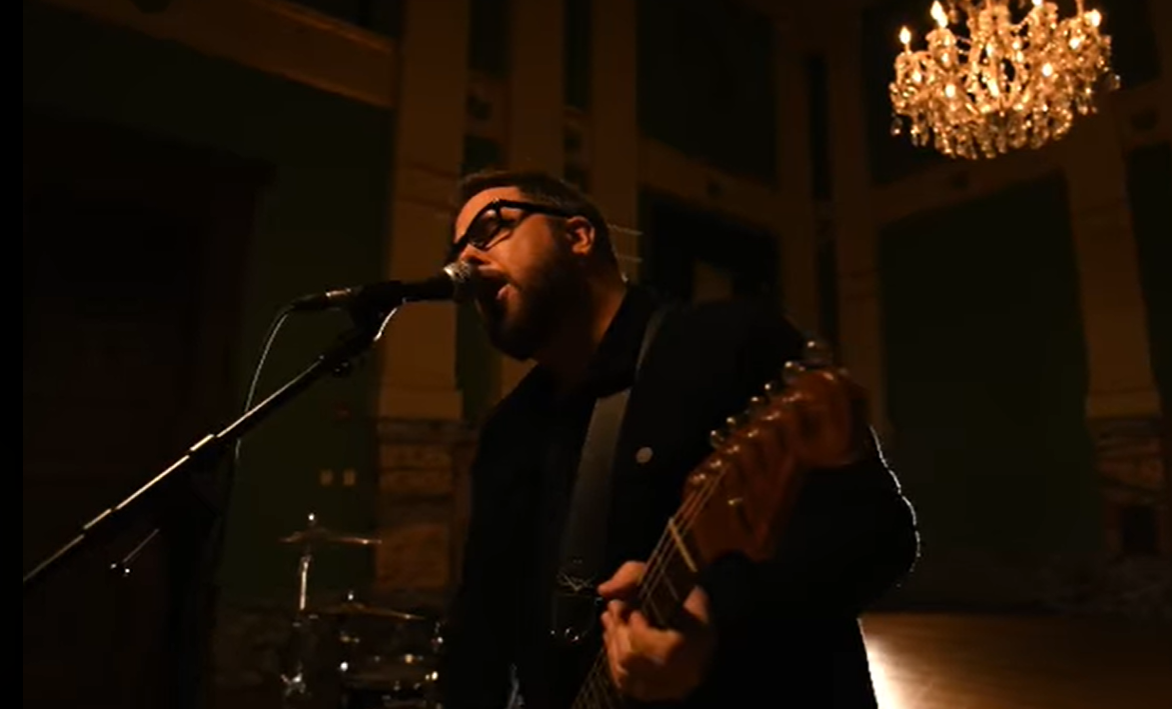 Everything about The Cold Stares’ album Ways, even the cover, screams back to the basics and retro.This might be a turn off to some who brood and chatter about how there’s nothing new under the sun, but aficionados of rock and blues rock will treat this thirteen song outing as manna from heaven. Chris Tapp and Brian Mullins, guitar and drums respectively, have an obvious affinity for this style of music honed over many years, countless recordings, and live performances, but their feel for the traditions of the form surpasses their obvious skill. Tapp is a marvel as both a vocalist and guitar player. Many guitarists, even iconic figures like Jeff Beck for instance, are reliant on other singers for projects because they don’t possess a voice capable of carrying their musical ambitions. Only a select few are dual threats and Tapp, though his voice isn’t what you’d call “classical” in sound, ranks among them. His bucket of blood take on rock and blues rock has urgency and often full on fury, but he shows surprising versatility as well on the acoustic tracks.

Brian Mullins is no slouch either. Few modern drummers in this style are as capable of mixing raw kick down the door power and an unerring instinct for groove like Mullins. He can batter listeners into giddy submission and swing, often times within the same song. His muscular playing on the opener “Any Way the Wind Blows” helps set a definite tone for the album’s first song that counterpoints Tapp’s blistering vocals and guitar playing. There’s more of a focus on the rock side of the band’s ledger with the first cut than we’ll hear from many later songs on the release.

The blues influences on their music become more obvious with the second track. The title song “Ways” covers familiar lyrical terrain, but Tapp invigorates the subject with wild eyed passion and locked down phrasing. Nearly all of the songs included on this release run somewhere between two and a half to three and a half minutes with the later songs spreading their wings a little more, but Tapp and Mullins make an across the board positive impression infusing every word and note with obvious commitment and never wasting a second of listener’s time.

“Thorns” is the first of the album’s five acoustic centered tracks. The band’s lyrical talents shine brighter here than anywhere else and, tellingly, the words have less of an overt connection to well worn blues language than many other performances do. Tapp proves himself, if any doubt remained, to be an exceptional vocalist with his singing on this cut and his sensitive guitar work is on point throughout. “Down Again” is one of the better rock numbers on Ways thanks to its methodical texture and build up – Tapp and Mullins show patience in ratcheting up the musical intensity and never play all their cards at once. The former’s singing is as inflamed as ever.

“Angeline” has some of the poetic trappings that make the earlier “Thorns” such a special listening experience and the elegiac tone of the track draws listeners in. Tapp does an exceptional job conjuring intense emotional longing for listeners without ever sounding overwrought. The last track “Might as Well Die: is a title just screaming blues and the song delivers thanks to the bereft lyrical content and the nuanced musical accompaniment. It ends the album on a bit of a downbeat note, but it’s true to the band’s spirit and has the feel of a closing number. The Cold Stares have knocked it out of the park with this release.