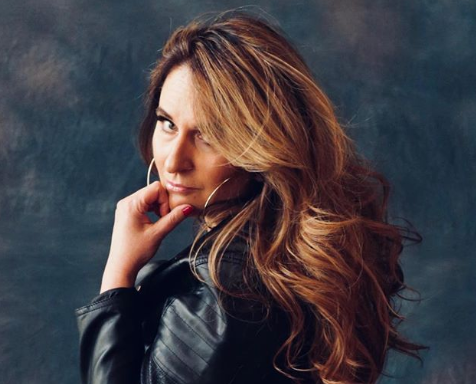 Hip-hop has never known the level of melodic talent that it’s enjoying right now, and in that spirit artists like My Luv Notes are changing the narrative for the genre’s storied underground sound like few had ever thought possible. In the new single “Day Late,” My Luv Notes blends a stock groove with a rigidly textured harmony that is as communicative as any of the words she sings are. The beat drives the vocal forward with a pulsating accuracy that ensures our staying glued to our speakers from start to finish, but nothing in “Day Late” ever sounds over-processed. As has become standard with this talented woman’s work, this single is as efficient, crisp and sleekly appointed as any you’re likely to find in the top tier of modern indie music.

This bassline is a beast that didn’t really need any help getting the attention of whatever audience its thrust upon, but under the convincing command of My Luv Notes, it’s but a single weapon in a war chest of tools that she uses to keep the intensity flowing throughout “Day Late.” Some critics might argue that it’s got a little more swing than it needs, but I for one totally disagree – when My Luv Notes decided to spread out the grooves between the percussion and the bass parts, she made the choice to separate herself from the mundane mainstream artists that she’s been shutting down all year long. She’s too much of a rebel to sell-out at this point, and her fearless attitude is something that any audiophile can respect.

Though she’s well-matched with her vocal partner in the rap duet here, I don’t know that anyone could steal the thunder away from My Luv Notes’ lead vocal in “Day Late.” She’s a force to be reckoned with and in some instances would be unapproachable were it not for the blanket of harmonies that forms the backdrop behind her. My Luv Notes has grown into her sound more than most anyone else in her scene has this year, and provided she can maintain this pace as we move into the next decade, she’s going to be looking at some mainstream accolades a lot sooner than later (and not just in the realm of contemporary hip-hop, either).

Personally, I cannot wait to hear more from My Luv Notes as 2019 turns to 2020, because at the rate she’s moving now, it’s going to be difficult for even her harshest critics to deny her natural skill and the gifts it’s creating for us. “Day Late” gets its wings from the vibrant grooves that power its central hook, but make no mistakes about it – if you were to take away the lead vocal, it wouldn’t be even close to the incredibly smart pop single that it is now. There’s still a lot of work left to be done before she can claim a spot in the hierarchy of modern hip-hop, but from the looks of this single, My Luv Notes is well on her way to superstardom.