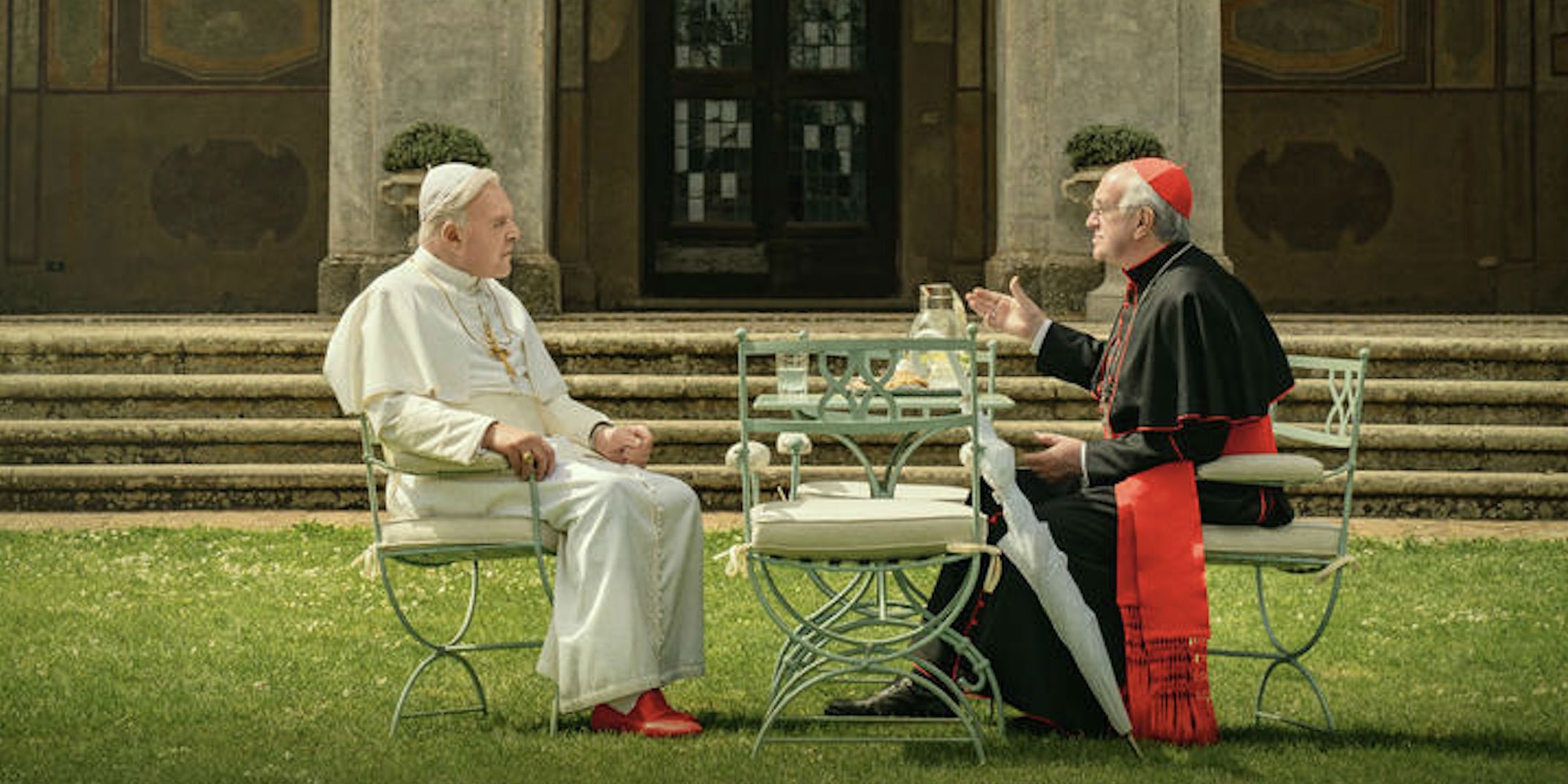 In The Two Popes, Cardinal Bergoglio (Pryce) informs Pope Benedict XVI (Hopkins) about his plans to retire. But rather than separating amid the ongoing scandals within the Catholic Church, the two men attempt to resolve their differences, and discuss secrets from the past. Incidentally, Pope Benedict XVI retires instead, while Cardinal Bergoglio emerges as the new Pope, with his predecessor serving as “pope emeritus.” Based on real-life events from the past decade, The Two Popes was written by Anthony McCarten, who previously wrote high-profile awards season contenders such as The Theory of Everything, Darkest Hour, and Bohemian Rhapsody. The Two Popes’ director, Meirelles, is best known for helming the modern classic City of God with Kátia Lund.

Netflix unveiled the highly anticipated teaser video for The Two Popes. The clip begins with a quiet moment as Pope Benedict XVI elegantly plays a piano, and then questions Cardinal Bergoglio about The Beatles. It’s a potent and light-hearted opening sequence, especially for Netflix subscribers who may not be counting down the days for a dramatic film about Christianity. The sequence also establishes the dynamics of the central relationship, demonstrating how the two men relate to practical matters while contemplating the proverbial weight on their shoulders. Check out The Two Popes trailer and poster below.

For the majority of The Two Popes trailer, Pope Benedict XVI is portrayed as the vocal aggressor, which contrasts his future predecessor’s more relaxed demeanor. By the second half, sports and “God’s Voice” come into play as the focal characters attempt to find common ground when making decisions for their “1.2 billion believers.” In the final moments, Pope Benedict XVI passive-aggressively converses with Cardinal Bergoglio as they discuss personal corrections.

The Two Popes will undoubtedly be fueled by Hopkins and Pryce’s lead performances. Netflix’s trailer rightfully focuses heavily on the two movie icons, and the film’s supporting cast doesn’t necessarily have one big supporting star. And so Netflix subscribers can expect both leads to gain awards season buzz in the upcoming weeks and months, especially if director Meirelles doesn’t rush the shared scenes and allows the drama to organically play out. Somehow, it feels like pacing won’t be a problem. We’ll find out when The Two Popes premieres on Netflix this December.

More: Hannibal Vs Hannibal: Mikkelsen Vs Anthony Hopkins – Who Did It Better?