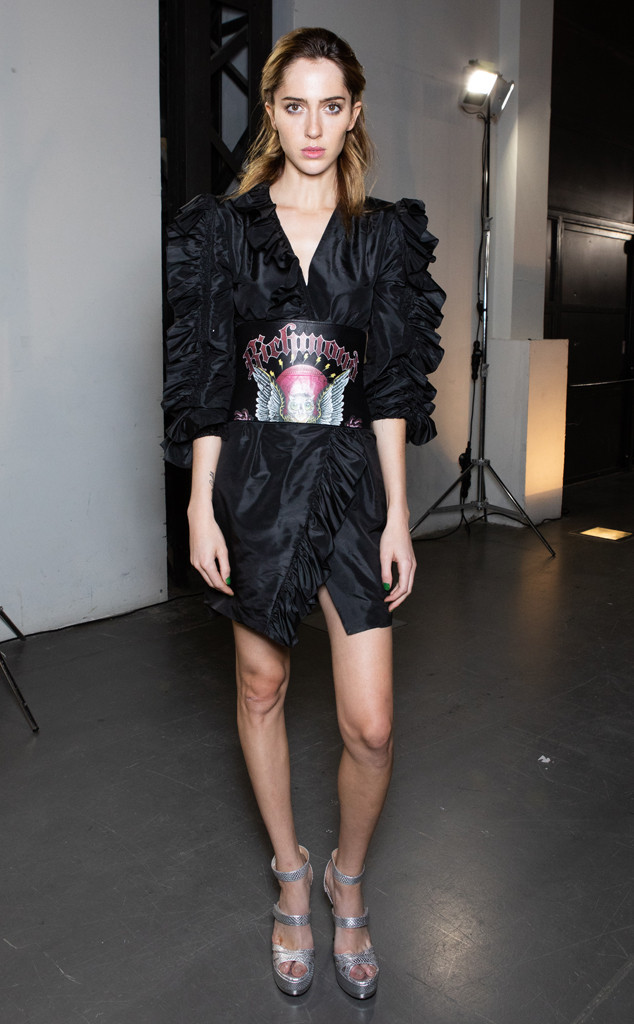 Transgender model Teddy Quinlivan is making history and looking good while doing it.

The 25-year-old star recently announced she’s the face of Chanel Beauty’s latest campaign. And while this isn’t Teddy’s first beauty advertisement, she says this is the first time the iconic brand has hired an openly transgender model to appear in its cosmetic ads.

“I find I don’t cry anymore when things are sad, but isn’t it interesting when we shed tears in moments of triumph. This was one of those triumphant cry moments for me,” Quinlivan began her heartwarming and lengthy Instagram post, which she captioned alongside a cheeky video and stunning image of the brand’s campaign.

She continued, “My whole life has been a fight. From being bullied at school consistently, kids threatening to kill me and going into graphic detail how they were going to do it, my own father beating me and calling me a f—t, to receiving industry blowback after speaking publicly about being sexually assaulted on the job… This was a victory that made all of that s–t worth it.”

In her post, the 25-year-old star recalled walking “2 shows for Chanel” before publicly revealing her transgender identity. She explained that after she came out, which was in 2017, she was afraid she’d never work with the fashion powerhouse again.

“When I came out I knew I’d stop working with some brands, I thought I’d never work with the iconic house of Chanel ever again,” Quinlivan shared. “But here I am in Chanel Beauty Advertising. I am the first openly trans person to work for the house of Chanel, and I am deeply humbled and proud to represent my community.”

Leaving her followers with a piece of hope and inspiration, she said, “The world will kick you down, spit on you, and tell you you’re worthless. It’s your job to have the strength to stand up and push on, to keep fighting, Because if you give up then you will never experience the tears of triumph.”

Along with her Chanel campaign, the 25-year-old model has starred in numerous beauty ads with brands such as Milk Makeup, Redken and Maison Margiela Fragrances (to name a few). She has also walked countless runways for Louis Vuitton, Moschino, Gucci, Altuzarra, Saint Laurent and many more.

In fact, Louis Vuitton’s Nicolas Ghesquière is the one who originally discovered Teddy.

As of right now, Chanel Beauty has shared multiple images and videos of the 25-year-old model. Hopefully, fans of hers and beauty lovers alike will see more of Teddy in the brand’s future print and digital ads.