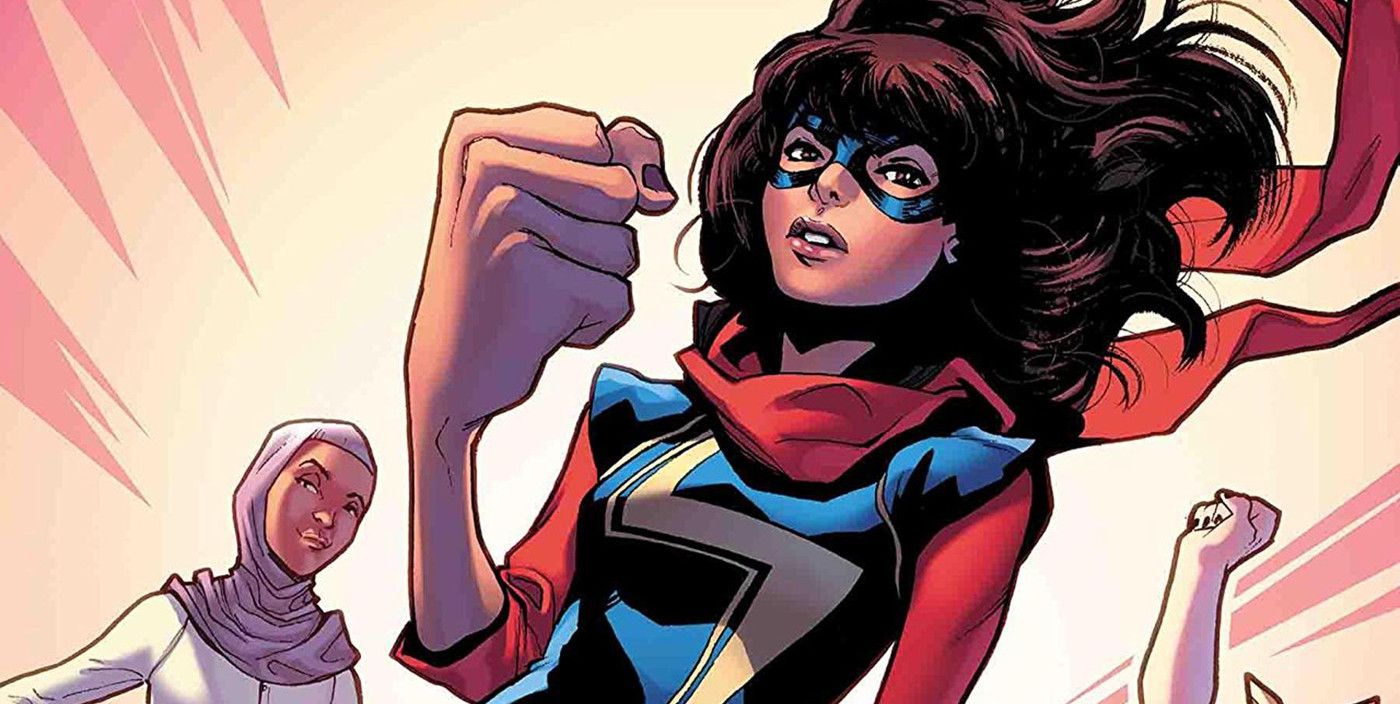 Upcoming Disney+ TV show Ms. Marvel could have a hard time adapting Kamala Khan’s powers to the small screen, and the heroine’s co-creator, G. Willow Wilson, agrees. Ms. Marvel, aka. Kamala Khan, made her comic debut in 2013, though her solo series didn’t come out until the following year. Notable for being Marvel’s first Muslim character to lead a series, Kamala begins her story as a regular teenager unaware that she has Inhuman genes. Though Inhumans aren’t guaranteed to get powers, Kamala comes into contact with Terrigen Mists, triggering her superhero abilities. She winds up with a whole host of powers, all of which stem from her ability to stretch and shrink parts of her body at will.

Marvel announced the Ms. Marvel TV show at this year’s D23 Expo, though her involvement in the MCU was first teased in May 2018. At that time, Marvel Studios head Kevin Feige confirmed there were plans to bring Kamala Khan on-screen. Following that announcement, Riz Ahmed took to Twitter to suggest he, Mindy Kaling, and Kumail Nanjiani work together on the script for a potential film. In June, Kaling confirmed that she’d spoken to Marvel about the project and “would help in any way” she could. Though Kaling doesn’t appear to have a behind-the-scenes role in the Ms. Marvel TV series, Bisha K. Ali, who worked on Kaling’s Four Weddings and a Funeral, will be the showrunner. Marvel also confirmed that Ms. Marvel will appear on the big screen, likely after her show premieres.

Speaking with Polygon, Wilson discussed the challenges of translating Ms. Marvel to live-action, saying, “She’s got very comic booky powers. God bless them trying to bring that to live-action, I don’t know how that’s going to work out, in a way that doesn’t look really creepy.” She also talked about not considering a potential adaptation while working on the comic:

“I think there’re some characters who are very much set up for the big screen, they’re very naturally sort of cinematic. But with Ms. Marvel, we really weren’t interested in creating something that had very obvious film potential. I was really leaning - and I know Adrian [Alphona] and Takeshi [Miyazawa] and all of the artists as well - were really leaning into the comic book-ness of this character.”

Though Kamala Khan’s powers do present their own set of challenges, the MCU has given life to a host of superheroes with complex powers since the introduction of Iron Man in 2008. Ant-Man’s ability to shrink and grow is similar to Ms. Marvel’s, though her skill of doing that to specific parts of her body is a little different. Additionally, the Skrulls from Captain Marvel possess the ability to shape-shift, as was seen on-screen in the film. Kamala Khan has those powers as well. She can also heal herself via shifting, which will be a new power for the Marvel CGI wizards to explore.

It’s fair of Wilson to think that Ms. Marvel’s powers may come across a little creepy if not done well. However, there’s also the potential for humor to be mined from them as well, which will hopefully lessen the creepy factor. Ant-Man, for example, is one of the MCU’s funnier characters, and a lot of that humor comes from how he uses his powers. Hopefully, those involved with Ms. Marvel take advantage of fun moments with Kamala Khan’s powers and leave the creepy behind.