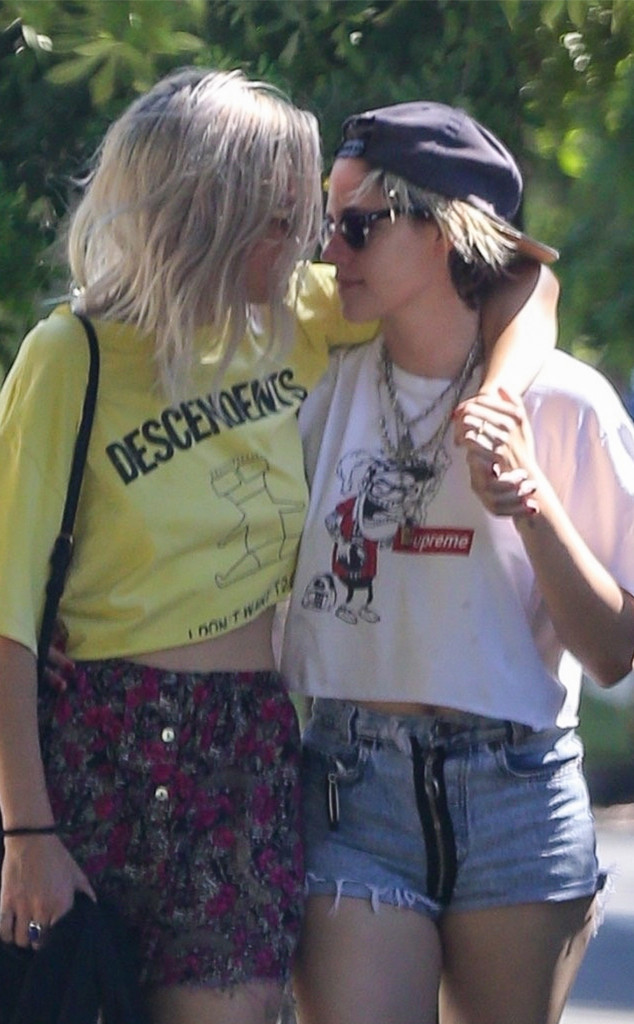 Kristen Stewart is moving on from ex Stella Maxwell.

After what seems like years of dating off-and-on, the model and actress have ultimately decided to split—for the time being, that is. It became apparent that their relationship had once again come to an end, when Kristen was spotted in an intimate embrace with new girlfriend Dylan Meyer on August 16. This took place just weeks after she was seen smooching Stella on a yacht on July 19.

Now, a source tells E! News, “Kristen is spending time with Dylan and very happy about it. She was seeing Stella for a little bit while it worked, but now she has moved on with Dylan.”

According to the insider, the Charlie’s Angels star is “focused” on maintaining her bond and “having fun” with Dylan, who is a screenwriter. There is also a natural ease to their relationship, the source says, since they are “on both coasts together,” which allows them to see “each other as much as possible.”

“Kristen isn’t holding back at all and loves being with her,” the source shares. “They are moving quickly and always together. “

But that doesn’t necessarily mean that she’s ready to entirely cut ties with Maxwell. As history has proven time and again, Kristen and Stella always seem to find their way back to each other. The source says, “It will always be very easy for Kristen to fall back with Stella because they have history and an attraction. The chemistry is there and they know each other so well.”

For example, Stella and Kristen have split at least twice in the past year alone. In December, a source told E! News that the pair’s relationship “stopped being fun” so they decided to go their separate ways. Days later, Kristen started dating fashion blogger Sara Dinkin, only to get back together with Stella again in a few months.