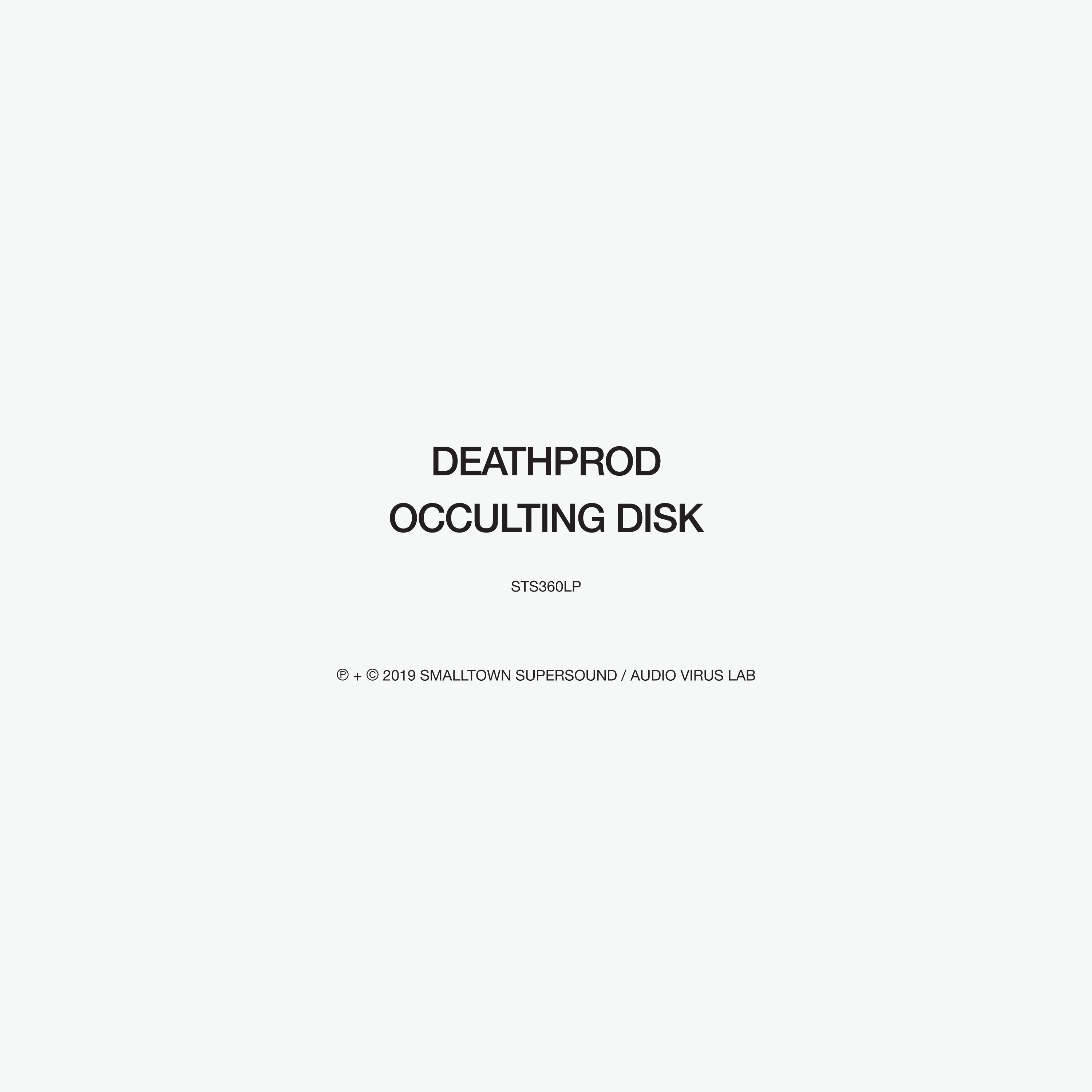 Norwegian ambient artist Deathprod has announced his first new solo studio album in 15 years. The record is called OCCULTING DISK and it arrives October 25 via Smalltown Supersound. Deathprod recorded OCCULTING DISK between 2012 and 2019 in Oslo, Reykjavík, Berlin, Cologne, and Los Angeles. He produced the LP at Audio Virus LAB. Check out the tracklist and album cover below.

Will Oldham wrote the liner notes for OCCULTING DISK. He shared the following statement in a press release:

I remember driving over a mountain with my mother, she was in the
passenger seat and we were being mauled and cuddled and battered and
fried by sound; together. We were together experiencing something
previously unimaginable, and we were facing the same direction, and we
were moving through space and time knowing that a geographic
destination some way ahead would bring an end. And the sound
surrounded us, and for once our mutual silence was loaded with good.
Because we were in the presence of each other, and we knew so much
about how we had failed each other (it wasn’t a mystery any more), and
we knew how we had maimed others when we worried too much about
ourselves, how we had contributed to the faults of others simply by
focusing in instead of out. Our mutual silences were laden with what
that could only be called love. I used to hear love in music until I
learned to hear love in sound.

Dwayne Johnson Shares That His Mom Was In A Car Crash, And The Photo Is Scary
Kathy Hilton Congratulates Paris Hilton On The Arrival Of Her Baby Boy
Fall in Love With These 30 Top-Selling Lululemon Valentine’s Day Gifts
Mary Cosby returning to ‘RHOSLC’ in friend role amid cast shakeup
Boygenius, LCD Soundsystem, and Steve Lacy to Headline New Re:Set Concert Series