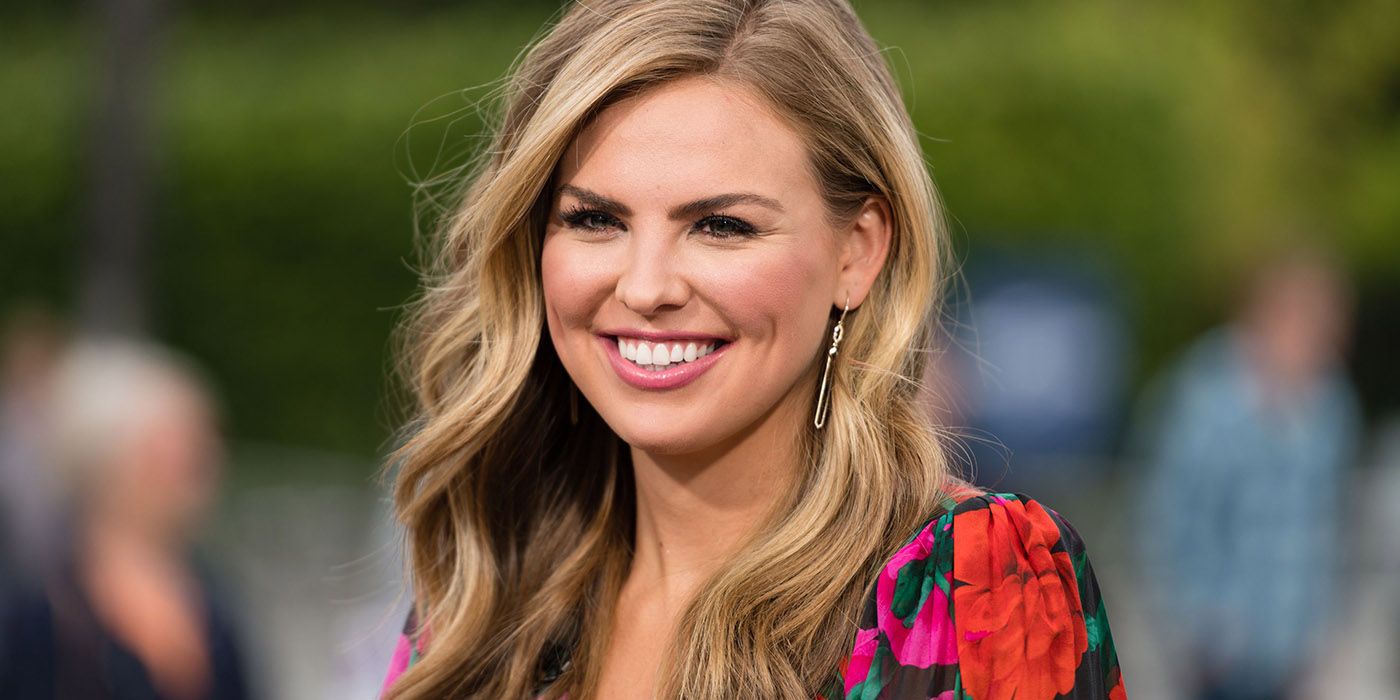 The Bachelorette star Hannah Brown wants people to stop comparing her to supermodel Gigi Hadid, who was recently spotted on a date with her ex. The reality TV star set things straight for her followers on Instagram.

At the end of the latest season of The Bachelorette, Brown chose contestant Jed Wyatt. Unfortunately, shortly after the two were engaged, Brown found out Wyatt had been dating someone just before filming for The Bachelorette began. Not only that, but Wyatt lied to Brown about the relationship before he proposed, downplaying how serious they were. Once she found out, Brown broke up with Wyatt during the live portion of The Bachelorette finale, and asked the runner-up, Tyler Cameron, on a date. While their post-reality TV date was a success, Cameron was also spotted out with Hadid a few days later. Brown has since seemingly moved on from her relationship with Cameron, and she’d like people to stop comparing her to one of the world’s top supermodels now.

Related: Hannah & Jed’s Engagement Was Messy Even Before She Learned About Girlfriend

When the former Bachelorette shared a photo of herself at Variety’s Power of Young Hollywood event in Los Angeles recently, one of her followers once again compared her to Hadid. The fan wrote, “Honestly, you’re hotter than Gigi. I said it.” Someone else chimed in with, “I love her but WOW. Gigi would look better in this dress.” That’s when Brown took to her Instagram story to put an end to the comparisons, writing “Supporting me doesn’t mean you have to compare me to anyone else.” She added that everyone should remember to “uplift other women” instead of tearing them down.

Brown might claim she’s moved on from Cameron, but on a recent episode of the Bachelor Happy Hour podcast, she sounded hurt that he was spotted with Hadid so soon after going on a date with her. She told hosts and former Bachelorettes Rachel Lindsay and Ali Fedotowsky that she and Cameron “hung out” and were “not dating at all,” but that they had admitted to one another there was “still something there.” That’s why she was so surprised to see photos of Cameron with Hadid just days later. Brown continued, “when you are in the public eye, you do just have to be respectful of each other.” She added that she wished she would’ve gotten longer than “two days” - presumably the amount of time in between Cameron’s hangout with her and Hadid, adding, “But, you know, it is OK.”

Things may not have worked out on The Bachelorette the way Brown wanted, but she sounds hopeful about the future. In the meantime, at least her followers will stop comparing her to Hadid. And, if all else fails, Brown could always find love in Mexico on Bachelor in Paradise – if she’s not too busy on Dancing with the Stars.

Next: The Bachelorette’s Tyler Cameron Misses Court Date for May Car Accident