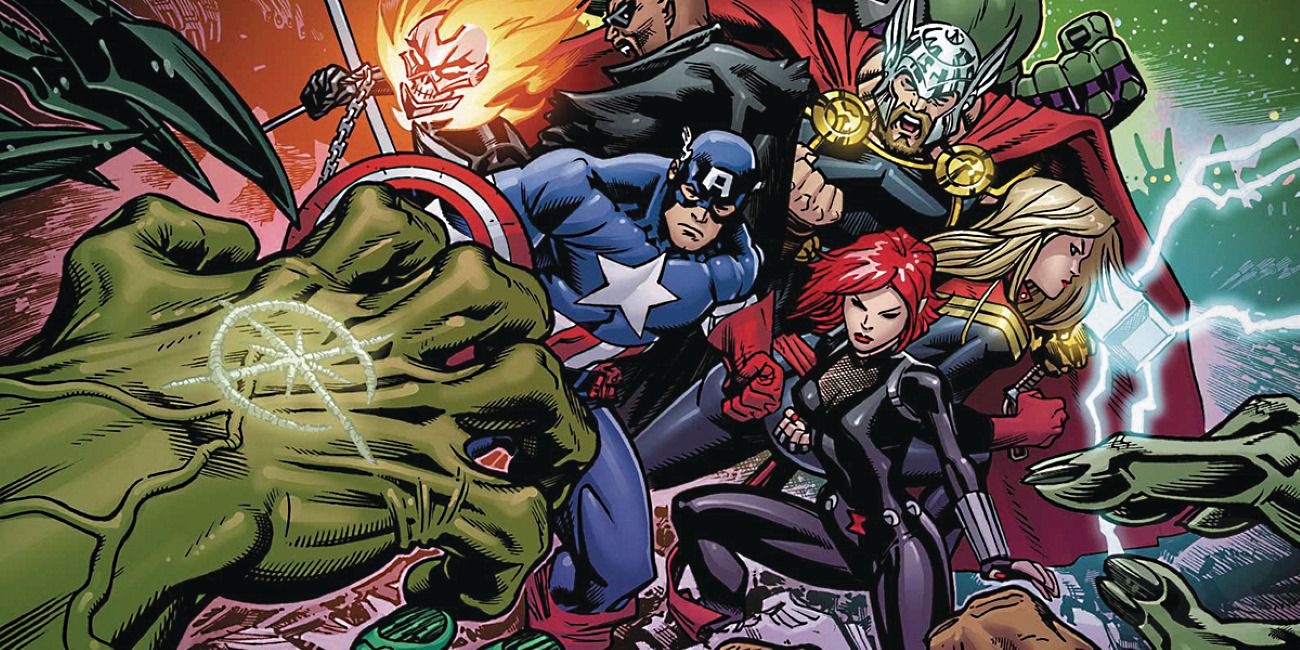 The Avengers may be Earth’s Mightiest Heroes, but their next comic adventure is sending them across Marvel’s Universe… into a galaxy of criminals and psychopaths.

All things considered, the heroes would probably prefer to travel light-years across the universe to take on thousands of crazed killers, after The War of The Realms brought an army of them directly to Earth. But the Avengers aren’t just spanning space for a battle, they’re responding to the birth of a brand new Marvel superhero in the last place they should have been found. Needless to say, the Avengers taking a jacuzzi together couldn’t have come at a better time, since the mystical and cosmic Starbrand is likely to put up a fight when the hero super team comes calling… unprovoked.

RELATED: Captain Marvel is Evil Now, and Wants To KILL The Avengers

The details on the team’s next mission come courtesy of Marvel’s November solicitations, with the cover art for The Avengers #27 leaving no doubt as to the team’s target: a new person (or apparently several) chosen as recruits by the Starbrand. The real question isn’t whether or not the heroes find the Star Brand they’re looking for–it’s how Captain America, Thor, She-Hulk, and Black Widow manage to defend themselves against an onslaught of alien hands bearing the cosmic glyph. Check out the cover by Ed McGuinness below:.

The role of the Star Brand was made even more curious when writer Jason Aaron introduced the first, ancient Avengers of 1,000 years in the past:The first versions of Odin, Phoenix, Ghost Rider, Iron Fist, Black Panther and you guessed it, Starbrand. But the real story reason that Aaron decided to expand upon the Starbrand remains a mystery. Marvel Executive Editor Tom Brevoort condenses the mission (while hinting at what story comes next) speaking to Newsarama:

As previewed in last year’s Free Comic Book Day release, the Avengers will be venturing out into space, into a quarantined galaxy that houses the most dangerous criminals and creatures in the cosmos! The reason? A signal has been detected that a new Starbrand has been activated! Why would an Earth defense system activate way out in space, and who has accessed this dread cosmic power? That’s what the Avengers need to find out—and find out they will!”

Readers can check out the official synopsis and solicitation details for The Avengers #27 below:

The Avengers #27 will be available this November.