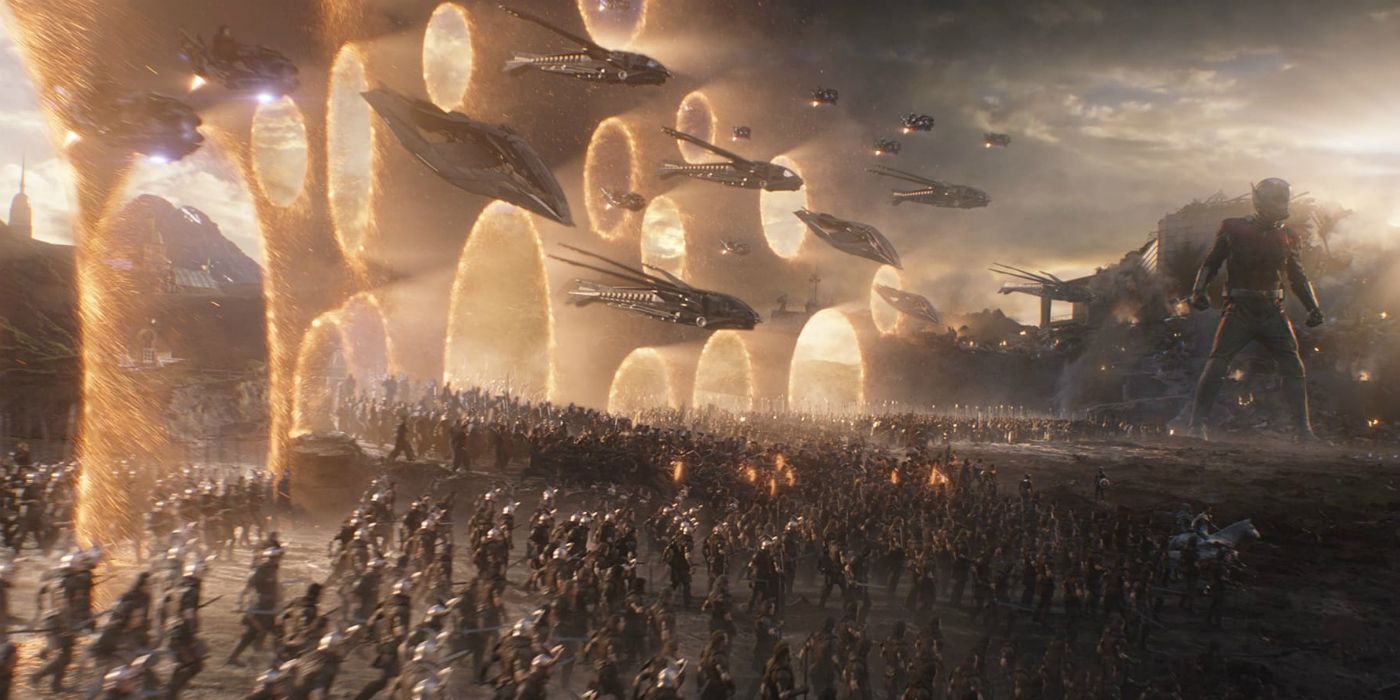 Celebrating the digital and home release of Avengers: Endgame, VFX Supervisor Dan DeLeeuw took the opportunity to speak to Screen Rant about his role in making Marvel’s biggest blockbuster. The culmination of 11 years’ worth of storytelling, Avengers: Endgame was a challenge on a whole different scale to any Marvel movie.

Fortunately, the studio had VFX Supervisor Dan DeLeeuw to coordinate the project. DeLeeuw has been working with Marvel Studios since 2013’s Iron Man 3, and he headed up a number of large-scale projects, including Captain America: Civil War and Avengers: Infinity War. The VFX Supervisor’s job is to run through the script and work out what can be done practically, and what requires visual effects; they then work with different companies such as WETA Digital to design these effects. In a film featuring everything from spaceships to time travel, from the Hulk to Captain Marvel, everything rested upon the quality of the visual effects.

Celebrating his role in making Avengers: Endgame, DeLeeuw recently sat down with Screen Rant to talk about the challenges of making a film on this scale, and focused particularly on the third act battle.

With Avengers: Endgame, what would you say was the biggest challenge with this film?

I think it was the overall size and scale. We’d finished Infinity War, and we thought that was big, and we knew Endgame was coming, and we knew it was gonna be bigger, so… Infinity War was training for Endgame. The number of shots was actually lower – 152 shots in Endgame, but the sheer scope and size and length of the shots went up quite a bit. Getting into the final battle, with all the characters; the fun part was going through and taking every character, every ship, every enemy, that you could think of, and putting together a shot, and then working those shots, and seeing them evolve over the course of production. What you’d hoped, and what you’d dreamed they’d be kind of coming to fruition at the end.

Must have been magical at the end.

It was. Every day, shots would come in overnight and in the morning you’d open that up and take a look, and in the back of your brain you know the way you want them to work. And then you kind of see how they come together, and kind of see… You know, when the animation gets locked in, and you see it for the first time, and everything comes to life. And then you kind of see all your characters together, and the fun gags. Y’know, for me it was definitely the portals opening but then, y’know, Cap versus Thanos as well. From the very beginning of the three years that we were on it, you knew Cap’s gonna fight Thanos, and he’s going to get Mjolnir! If I accomplish nothing in this movie, Cap will have that hammer and it will be the awesome fight of Cap destroying Thanos, paying him back for everything that happened in Infinity War.

It’s like, picking up the hammer… Thor’s on the ropes, he’s taken out Tony, everybody’s done and its the emotional ebb and flows, and then you have Cap picking it up and then him laying him out, and then… My favorite shot is when Cap hits him with the hammer and Thanos swings up to the lens and his spit goes flying out his mouth, you know! Destroying Thanos is pretty good.

Related: How Captain America Is Able To Lift Thor’s Hammer In Avengers: Endgame

Obviously, with that final fight scene, the scale of it just became incredible. How do you map out a battle with so many characters and so many moving parts?

Well, we spent a lot of time in pre-vis, so we’ll have a team working with low-res versions of the characters, and it kind of looks a little bit like a cartoon, but you kind of get a feel for the shape of the sequence, and the emotions of the sequence, and then once everybody signs up to that general look, you now go in and say, ‘OK, we know we’re going to do this, to shoot this we need CG Thanos here, we need a live-action play here.

We did the big kind of runner where everybody runs into the crash, where Giant-Man punches the Leviathan; that’s made up of a plate of our heroes running together, and then the clash. Then we transition to a CG hookup when Giant-Man punches the Leviathan; we come down to a live-action plate of Black Panther and Okoye and Shuri; they’re seamed together by a CG Drax jumping on to the back of Cul Obsidian but then CG Drax turns into Dave Bautista when he jumps and lands; and then we kind of pan off of them and we go on to Tony and Pepper, so…

But the point is, you can kind of see the different components that you’ve got, then break them out, and show the rest of the crew, ‘this is the piece we need.’ We get those pieces of photography, and we send them to WETA Digital, and then in addition to the pre-vis – you can only hook so many characters into it, right, so you’ll have an idea of what you want the shot to be, you’ll have the 40 characters in the foreground, and then WETA add the extra 4,000 characters to the background. So what you thought was big in pre-vis, becomes even bigger by the time you get it back from WETA!

How closely did you have to work with the cast as well when you were filming that battle?

When you’re dealing with Chris Evans or Robert Downey Jr., who’ve got so many movies under their belt, they’ve worked with all kind of VFX. You show them the pre-vis, and they’re like, ‘OK, we got it,’ you know? Then you’ve got some folks that are kind of newer to the franchise, with the Black Panther folks, so you’ll show ’em the pre-vis and you explain to them what this crazy environment’s gonna be around them, once the shot’s finished. You gotta make sure everybody understood what it’s like, that it’s not just a green box, you want to set the stage for what’s gonna be around them so they can appreciate that.

To that end, with the Russos, I think we really want to put as many stunt people or character performers around them to make it real. Even if they’re fighting Chitauri or something like that, you’re still gonna put people up, in motion-capture suits. We’ll deal with having to take something out in favor of making sure the actor’s got somebody to play off of.

Related: Avengers: Endgame – Every Character In The Final Battle

So, there’s one deleted scene where Tony Stark meets the older Morgan Stark in the Soul World. Do you think there’s any chance Marvel will ever release that scene?

I don’t know, I’ve seen a cut of it. They filmed it, but – it was so… Story-wise, I think it was something about they’d introduced Morgan, when she’s that much older, you’ve bonded with the younger Morgan so much, that it kinda took you out a little bit. I mean, it’s possible, it’s there, on the server somewhere. It could happen!

More: The Best Movie Endings Of The Decade