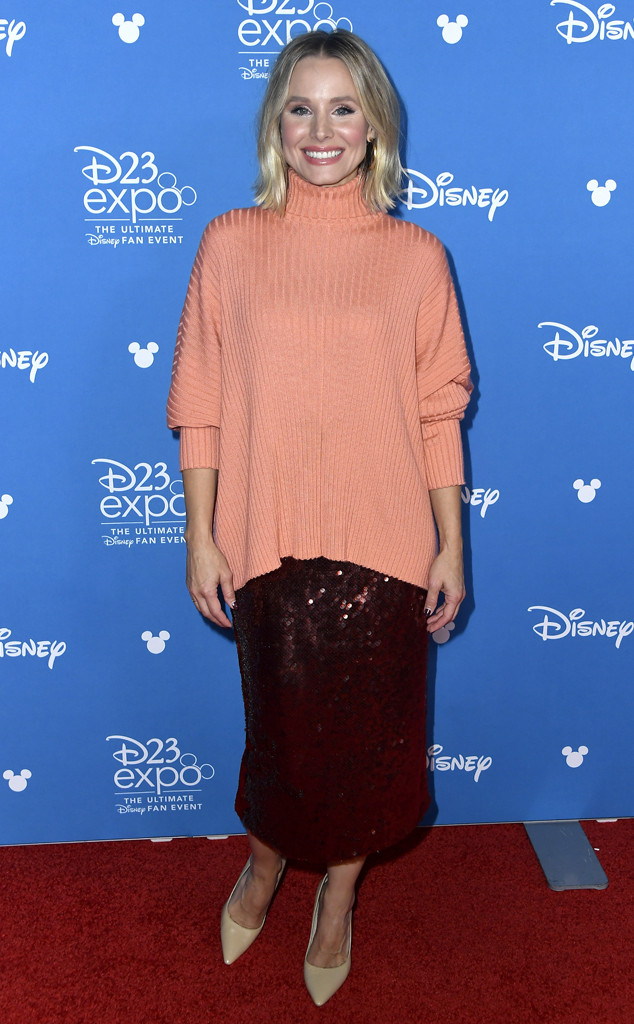 Their lips are sealed!

Kristen Bell and Dax Shepard‘s kids have all the insider details on Disney’s upcoming (and highly-anticipated) Frozen 2 film. That’s right, she and her husband’s little nuggets, 4-year-old Delta and 6-year-old Lincoln, “know everything” about the animated sequel, which doesn’t hit theaters for a few more months.

Speaking to E! News at Disney’s D23 Expo, the Veronica Mars star revealed that while her daughters have all the Frozen 2 secrets, they promised to keep their lips sealed.

“I did explain to my kids that they can’t talk about it,” she said. “I was singing the songs to them very early on and thank god their words are still muddled when they’re singing, which has saved me a couple times when they’ve gone full voice with a new hit from Frozen 2 in the middle of the living room.”

She continued, “I’m like, ‘Oh, oh, don’t.’ I had to explained to them they couldn’t really talk about it, this had to be a secret.”

What’s more? The 39-year-old actress admitted that she told her girls nearly everything about the upcoming Disney film.

Luckily, her daughters haven’t leaked anything, because details about the movie are still tight-lipped. Fans will have to wait and see what’s in store come November 22.

While at the D23 Expo, The Good Place actress also gave an update on her one of her daughter’s, who checked into the emergency room last Thursday after her finger was ”smushed so hard in the door it popped like a jelly donut.”

Bell told E! News over the weekend that her little nugget was doing “much better” after her visit. She said her daughter got “four stitches” but “handled it like a champ.”

Along with Frozen 2, Kristen is excited to bring a new reality TV series to Disney’s new streaming service. Encore! will hit Disney+ on November 12.